The Brant Foundation opens the doors today to its inaugural New York-based gallery. Located at 421 East 6th Street in the city’s East Village neighborhood, it occupies a building that dates back to 1920, and already has a storied past. The property was originally built as a Consolidated Edison substation; following that, the four-story building served as the home and studio of Walter de Maria—the American artist who worked across minimalist, land art and conceptual art movements—from 1980 until his death in 2013.

According to a New York Times article published in January 2014, de Maria left most of the original building’s details untouched as the raw space boasted, “an impressive grittiness” that included a vintage elevator and a Viking stove. Commercial real estate firm Cushman and Wakefield handled the sale of the property while the deal went through at $25 million.

To renovate the space, the foundation worked with architect Richard Gluckman and his firm, Gluckman Tang Architects. In 2007, The Brant Foundation worked with the same firm to transform a former barn in Greenwich, Connecticut, into its Art Study Center. Gluckman also had a personal relationship with de Maria, and thus wanted to maintain elements of the original space, while will adding contemporary design details like added natural light. At an added bonus, the wall of windows on the building’s third floor that was installed offers a sweeping panoramic view of Manhattan.

The updated property now includes a 16,000-square-foot building with 7,000-square-feet of exhibition space, spread across its four floors. On top of this, two new gardens have been planted alongside the building as well as a landscaped roof terrace, which was designed by Madison Cox Associates, a New York-based landscape design firm.

Partnering with the Foundation Louis Vuitton, the space will open with an exhibition dedicated to Jean-Michel Basquiat that first premiered at the Paris foundation last year. Curated by Brant Foundation founder Peter M. Brant and Dr. Dieter Buchhart, this iteration of the exhibition includes 60 percent of the work from the original show, which drew over 600,000 visitors during its run. Its curators have also added important masterworks from the Brant Collections in addition to major loans from some of the city’s most prominent art collectors and local and international museums. Brant has been collecting Basquiat since the 1980s, amassing some of the most important works from the artist’s short-lived career, spanning the ages of 19 to 26.

In a time when the East Village is undergoing rapid gentrification—for example, Target opened its doors on East 14th Street and Avenue A in July 2018 and received massive criticism from locals—the Brant Foundation has made a conscious effort to maintain the look and feel of the original building while honoring one of the area’s own; Basquiat himself lived and created much of his work around the local neighborhood. According to the press release, Brant believes, “Basquiat has been a cornerstone of the East Village art scene for decades, and to bring his work back to the neighborhood that inspired it is a great privilege.” With this, the new exhibition is meant to subtly call attention to the ways Basquiat’s work, which largely included imagery drawn from his surroundings, has influenced the current era in which our lives are shaped by what we see and share, and what others see and share on the Internet. 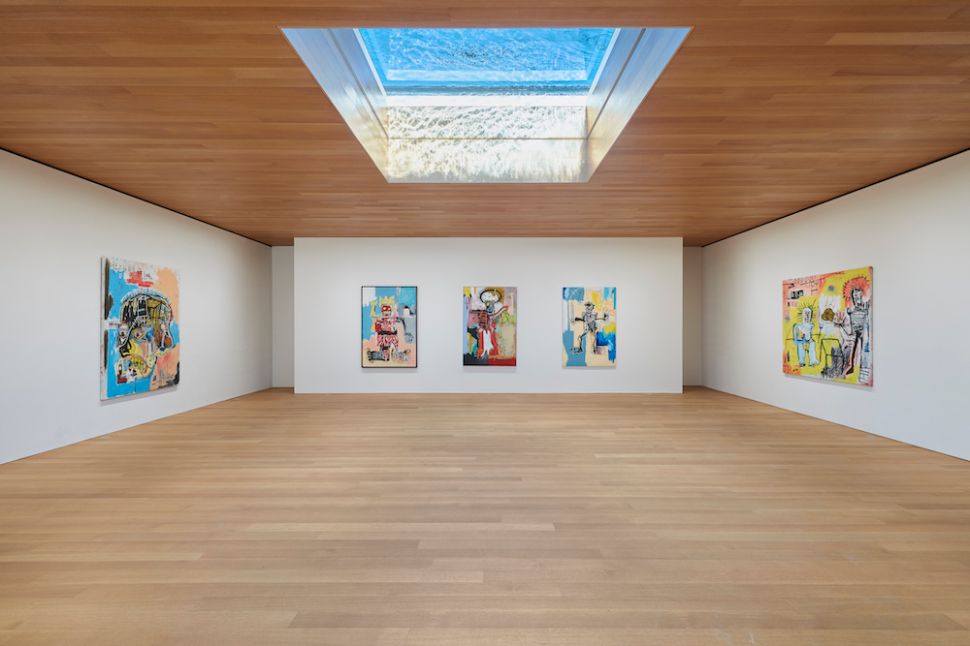