British voters are learning the same lesson from Brexit that American voters learned with the border wall. Conservatives have red lines for what they’ll accept from their populist allies. Those red lines aren’t, to everyone’s chagrin, the proper functioning of government.

Across the pond, the Tories are facing a political calculation that no longer works. The EU says it has given their final deal. No one wants it. But no one wants an ultimate Brexit. So Prime Minister Theresa May, cursed to haunt Parliament until the House of Commons accepts any deal or tells the public to vote for real this time, chastises her party for being impossible with a demand that was really the demand of the United Kingdom Independence Party (UKIP).

Meanwhile in the U.S., the Republican Senate is trying to take back their threat to scuttle Trump’s national emergency to fund the border wall. Why? Because national emergencies are an undue expansion of federal government and executive power which Republicans fought under Obama and don’t want to fight under a future Democratic president, as Senator Marco Rubio has said. But Trump needs to deliver on his border wall, and he’s not getting that from the House now that Nancy Pelosi is in charge.

Both the U.K. Conservatives and the U.S. Republicans would prefer to let Brexit and the border wall pass into the dustbin of broken promises that were bad to begin with. But they can’t. Because they feel that they need the populists who want these now clearly impossible goals in their party. Conservatives can afford to lose the Boris Johnson and Nigel Farage vote as much as Republicans can afford to lose Ann Coulter’s ballot.

But in both cases, the red lines weren’t enacting political paradoxes their parties can’t win. Mitch McConnell waited weeks for Trump to cave on the border wall—the juggernaut issue behind the recent government shutdown—when he could have just as easily marshaled the votes to end the longest U.S. government shutdown in history. But that would have angered the populist base, so the federal government stayed closed. And if the devastating votes against Theresa May mean anything, it might be time to admit that the first referendum was flawed, and the public at least deserves one more chance to confirm they wouldn’t mind the economic consequences of leaving the EU without a deal, which would also likely mean a border within Ireland and the sectarian violence that comes with it. But that would injure the populists’ faith in the Conservatives, and they can’t have Labor in charge or, gasp, the return of UKIP to the House of Commons.

So here stands the Anglo-American world, watching in bated breath to see if there will be a government the next day, or another series of bad bets that will cost their national economies, if not the globe’s. Will conservative populism survive its international humiliation over the past three months? Who knows? Trump persists, May survives.

The moderate conservatives, they’ll keep calm and carry on. 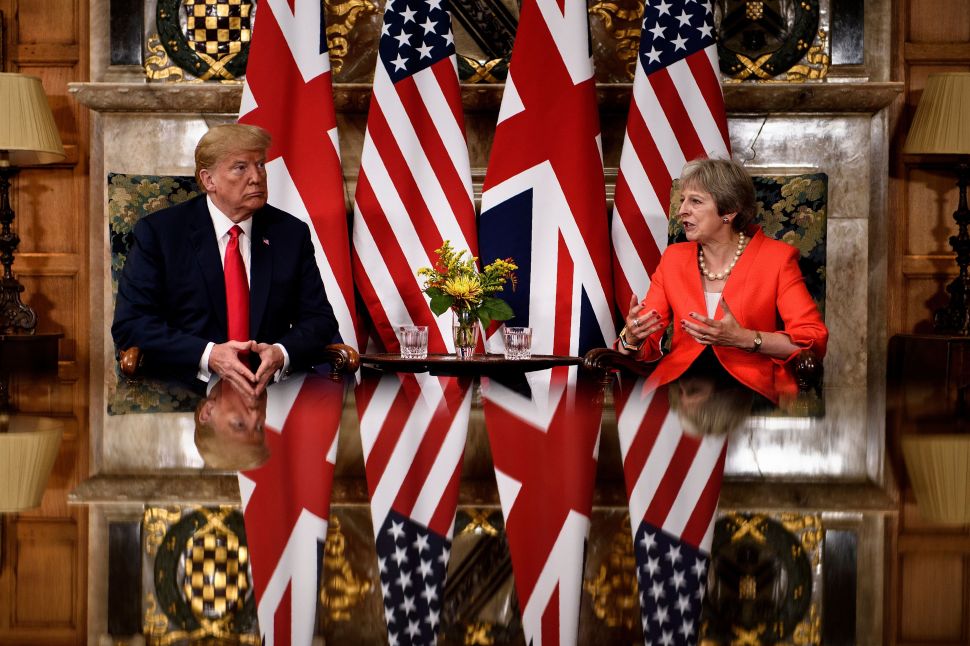