When it comes to Houston, it’s hard to conceive of where the city begins and ends. To those not intimately familiar with it, what springs to mind immediately is its sprawl—an endless loop of highways in Southeast Texas. Houston is the fourth largest city in the United States thanks to a diverse population bolstered by the oil industry as well as its role as an American gateway to Mexico and South America. Yet, it’s not a place that’s captured the American imagination in the same way that other large cities—like fellow Texan destinations Dallas and Austin—have. Expect this to change.

While Solange’s new album When I Get Home places Houston front and center as her inspiration, 25-year-old Bryan Washington’s disarmingly humane and complicated debut collection of interconnected short stories, Lot, is another brilliant love letter to the city. Washington was born in Kentucky, but was raised in Houston and calls it home today. A brief stint in New Orleans as a graduate student allowed Washington “a foot in the door and a foot out the door,” splitting his time almost evenly between Houston and New Orleans. Speaking with Observer, he recalls, “I think that being grounded in another place consistently over a set period of time helped me appreciate parts of Houston that I may not have. With Houston, multiculturalism and mixing, as I’ve lived here, has seemed significantly natural and that’s not remarkable, it just is. And because I just lived here, I didn’t realize how remarkable that is.”

As other cities trend more and more toward gentrification, Houston manages to embrace diversity without reducing those strengths to window dressing. To be fair, Lot doesn’t shy away from providing a raw look at the flawed country we live in. These are not sanitized tales of multiculturalism. Even so, Washington’s preternatural ability to cut to the bone reveals a place where we may build a more profound sense of unity together, eschewing assimilation to find solidarity through our common humanity.

Much like the beloved 1984 classic story collection, The House on Mango Street by Sandra Cisneros, Washington has created a set of characters tethered to home while constantly struggling with a need to define themselves beyond the confines of their families and that world. Yet while Cisneros’ central character, Esperanza, does not mince words about her desire to leave Mango Street, Washington’s Nic, a character whose name is deliberately concealed until the book’s close, remains deeply rooted in—while simultaneously painfully conflicted with—Houston. Like his mother who never abandons her husband despite his infidelity or the challenge of running a family restaurant on her own, Nic won’t budge. As a teenager, he shared his first sexual experiences with his next door neighbor, a Mexican immigrant named Roberto. “Once I asked Roberto if he liked it in Texas. He looked at me forever. Called it another place with a name.

Could be worse, I said. You could be back home.
Home’s wherever you are at the time, said Roberto.
You’re just talking. That doesn’t even mean anything.
It would, he said, if you knew you didn’t have one.”

Nic’s friendship with Roberto is short-lived. One day, without warning, his family disappears. Ground down by the United States, Roberto’s mother had confided to Nic’s mother that “it wasn’t that this country was rougher—everything was just so loose.” This statement, made so early in the book, leaves an indelible mark. So often the stories of marginalized people are characterized by how hard things are. While this experience may be true in part, it’s incomplete at best to capsulize their experience as simply that—the embodiment of injustice. Acknowledging that the country is so hard to master is a more nuanced way to address the ways in which power remains so far out of reach for those at the margins. There are the tangible things that slip out of your hands—income, homes, cars—and then there are the less concrete things such as love, belonging, names, identities.

Throughout Lot, Washington allows his characters to live in deep complexity. He posits, “I think that there’s a way [of] writing about immigrants and other marginalized communities in the States that limits the scope and gaze to their marginalization—and that is just the point of them being in the narrative. It doesn’t make for a good story on the page, and beyond the obvious bit of it being dehumanizing, it doesn’t give these characters the benefit of [being able to] grow.”

Son to a black woman and a Latino father, Nic is also gay. Like so many characters in this collection, Nic cannot be pinned down by one name or label. That ambiguity extends to the motivations of other characters: a prostitute from Kingston on retreat with family in Houston is a voracious reader, a well-to-do john lives with the memory of the murders of his father and uncle, one neighborhood boy goes pro while “the rest of us went regular,” Nic’s father’s mistress is nothing at all what he and his brother Javi had imagined she’d be like.

Over time, the cumulative effect of these shifts serves to shatter the reader’s expectations, cracking open their perception of parents, children, drug dealers, students and restaurant workers. From the start, Washington “had originally focused on so many details, making sure I got every street right, the context of every street right, and the communities who live on those streets right—which is a way to do it—but I don’t think that it served me well. I think it’s the case with most any narrative: the more specific you make it, the more universal it can become and the more that other people can see themselves inside of that specificity.”

When we stop leading with our assumptions, we can simply listen and then allow people to reveal themselves to us in their own time. This honesty also begins with ourselves. Nic’s sister Jan reflects, “It took me a while to figure out that we’re only who we allow ourselves to be.” It’s this very basic realization that runs through the book, echoed not only through the characters, but with the city itself. Like all American cities, even before Hurricane Harvey, Houston was no stranger to gentrification. Washington says, “The neighborhoods I was trying to depict and capture in their various states of flux as they were going through gentrification have been gentrified. That conversation is over. So now I think in a lot of pockets in the city and certainly within the city’s inner loop, the conversation becomes how do we reckon with the ways these communities have changed.” Despite this threat to the city’s character as well as the wellbeing of its citizens, Washington remains cautiously hopeful.

“I think that something that works in Houston’s favor is the lack of a clear narrative (for the city) so there hasn’t been one to really hijack. I think that works in the city’s favor and can work against it at times. There’s so much sprawl. It’s easy for me to think of Houston as a collection of hubs that are connected by merit of geography more than some sort of huge mass because each of those hubs has a very specific character and they cater to their communities, but people move freely between those hubs and people mix within those hubs. So I think that that’s Houston: the fact that people are able to live and learn from one another while simultaneously retaining their identities.” He continues, “I think that interplay between communities is one of the things that can ultimately keep the city from becoming like Southern Brooklyn where its identity or conception of itself is modified to something shinier. I think it would be very difficult for Houston to become a caricature of itself because it’s just a little too chaotic and it’s got too much going on.”

At one point in the collection, Nic is talking about his family’s restaurant. He says, “Change anything too much, it gets harder to keep it alive.” He could also be talking about Houston itself. The beauty of this collection is its ability to give each character the space necessary to riddle out the conflicts and layers of their lives. This deceptively simple method of writing democratizes experience and strata in society. Avery, a benevolent drug dealer, muses, “Desire don’t discriminate.” With those words, he recognizes that universal drives aren’t entirely bad or good. They just are. Washington’s Houston is a place where you can wash away your sins. There’s a chance for a new beginning, no matter your origin. His benevolent hope makes him a compassionate witness to characters whose names you should not soon forget. 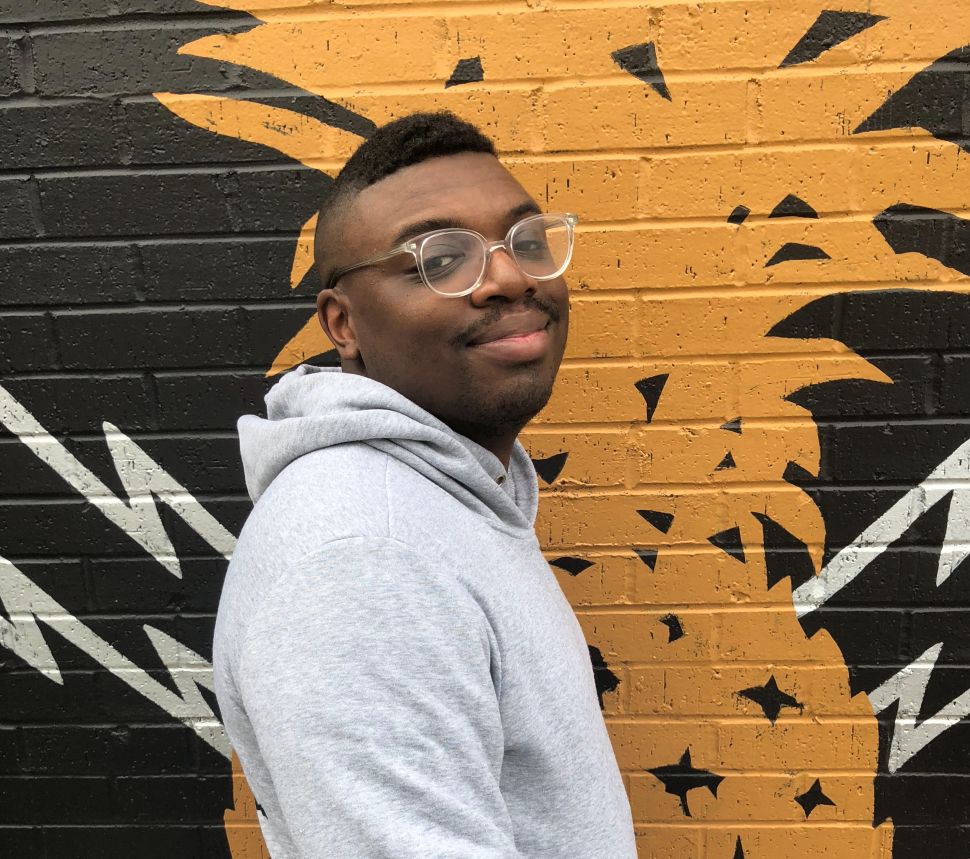