Full disclosure: When I was young, I, too, believed in revolutionary change. I was enamored with Trotsky, Marcuse, Students for a Democratic Society (SDS) and Timothy Leary. I read Marx, Fanon, and Che while contemplating joining my friends to live in a commune in Maine. I participated in several tear gas-worthy “actions” including storming the Pentagon.

However, after graduating from college, I decided to switch gears and focus on making some serious money. So, in 1973, I went to work in the brain of the capitalist beast—the ad business. This was the tail end of the Mad Men era. I drank martinis at lunch and swiftly rose through the ranks at the biggies, FC&B, BBD&O and agency giant, Interpublic. After a few years, I found the ad business was not entrepreneurial enough for me. I pivoted to the entertainment business and became a talent agent at William Morris. This didn’t work out well, so I left them to co-found my own agency where I recently finished a successful 35-year run.

In my spare time, I became enamored with economic theory: investing, capital markets, entrepreneurship, central banking and fiscal/monetary policy. I read Barron’s, Forbes, Fortune and The Wall Street Journal. Sounds nerdy, but I thought the business section of the newspaper was just more interesting and useful than the sports section. Lately, I have written about index funds and Bitcoin.

So, I was fascinated to learn that the majority of millennials are now socialists. I would like to tell them and others, including Bernie Sanders, that as Marx predicted, capitalism will destroy itself. Right now, it is on life support.

Since 2008, over nine trillion dollars in created money has been printed and pumped into the near lifeless body of capitalist economies in the U.S., EU, Japan, China and other countries to stave off economic despair. Why? Because the capitalist system had a heart attack in 2008 and was about to writhe in agony on the floors of global stock exchanges. Government bailouts of the banks, i.e., socialism, was the only way to keep the streets clear from flowing blood. ATMs needed to remain open so that the world as we know it would continue operating.

Socialist revolution didn’t cause this panic. No populist agitator was responsible. The global elite of capitalism were responsible for this Venezuela-style meltdown because the mortgage debacle that precipitated the crisis was built on capitalist excess. It may have looked like greed and stupidity as depicted in the film The Big Short, but it was just Capitalism 1.0.

What sober-minded people need to realize is that capitalists can and will build a machine that self-destructs. No need to pull the plug or throw a wrench in it.

Usually this is via the irrational exuberance that makes investors do stupid things like buy into those Rube Goldberg-style mortgage scams or companies with no profits and only losses as far as the eye can see (Lyft). This consequence-free market enterprise system is the defining characteristic of today’s capitalism. The public always bails it out. In other words, socialism, in the guise of government intervention, is required to save the day.

There are about a dozen books and hundreds of articles on this phenomenon… and that’s just what’s been published in the last 60 days!

So, how has this policy of “rescue capitalism from itself” worked out? Not very well. Despite all the money (known in economist speak as “liquidity”) pumped into the global system, the glass is not full and all four major economies require constant cash infusions.

If you tried to pour yourself a glass of beer and kept pouring for 10 years, you might look at the bottom of the glass to see if something was wrong. This is in essence the great debate of our times. Why won’t the GDP grow at more than a measly two percent? (Which, by the way is not enough to create prosperity, pay off debts and fund entitlements like Social Security and Medicare.) What is so wrong that capitalism can’t right itself? Why must we run huge deficits (now a trillion a year in the U.S.)?

My view is this: Capitalist governments rely on business to create prosperity. Socialist governments cut out those middlemen and command industry to produce goods and services they hope will result in rising living standards. Both are iffy propositions because the alignment of production with needs is a moving target. For example, capitalism produces a glut of high-end housing that few can afford, while socialism produces a vast array of public housing (Cabrini Green in Chicago) that no one wants to live in.

It’s clear. Capitalism across the world cannot create the productivity need for both full employment and rising living standards. It needs a constant and generous supply of freshly-printed, made-up money to keep it afloat. So, while Fox News can rant and rave about socialism all they want, it is in fact socialism, in the form of the government printing money, that is keeping capitalism alive… for the moment.

Come the next recession, we will see what “Capitalism” has in mind to extradite us. It may start with an S. 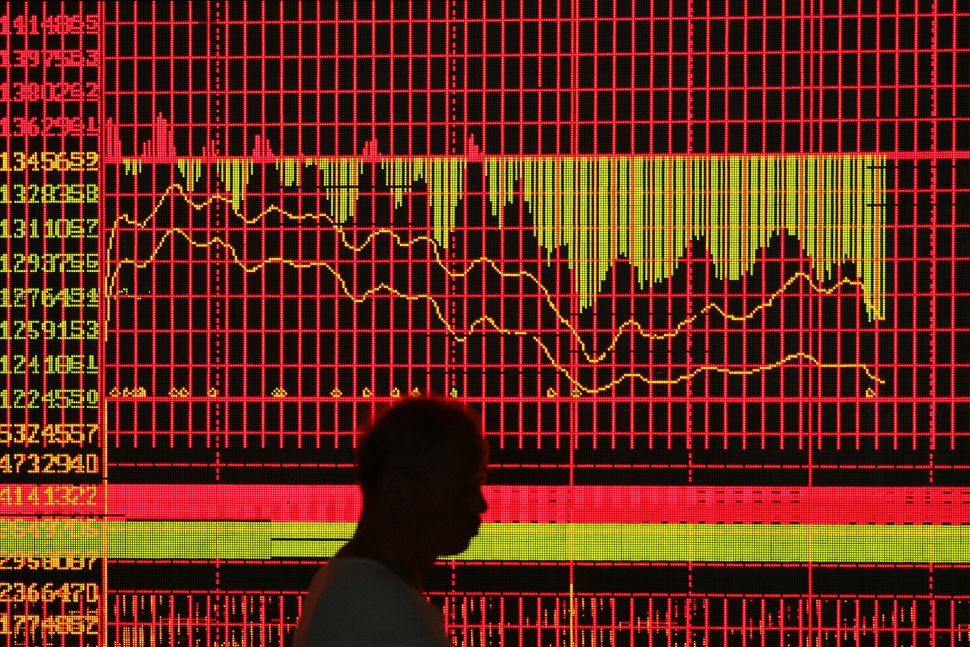