Among astronomically famous actors, Chris Evans seems like something of an enigma. He consistently scores high on the constantly-in-flux Celebrity Chris ranking, which seeks to determine which hugely popular star named Chris is the best and brightest (Chris Pratt has been somewhat less in favor in recent years mostly due to his uncomfortably passionate status as a devout Christian). Evans had a highly publicized on-again, off-again relationship with comedian Jenny Slate, a pairing that was ‘shipped around the world by devotees and fangirls who couldn’t help but be enamored by the perceived contrast in their personalities (she’s outrageous and hilarious; he seems warm and receptive). Plus there’s the fact that he plays Captain America within the Marvel Cinematic Universe—you know, probably the most successful blockbuster film franchise of all time.

Evans says the upcoming movie Avengers: Endgame, the latest offering in the series, will be his last outing as Captain America. He’s got a couple of indie films in the pipeline and he’d like to direct more, but he’s mostly focused on figuring out what kinds of roles he’ll definitely turn down. Evans seems like a people-pleaser whose gut instinct is to serve others’ needs before his own, which can sometimes make honoring his internal compass difficult.

For example, in a recent interview, Evans was asked whether he’d ever play Patriots quarterback Tom Brady (Evans was born and raised in Massachusetts). “I don’t know,” Evans told The Hollywood Reporter. “I really hope he’s not a Trump supporter. I’m just hoping he’s one of those guys that maybe supported him and now regrets it. Maybe he thought it was going to be different—and even that bothers me—but maybe there’s a chance now he just thinks Trump’s an absolute dumb shit, which he is. If he doesn’t, if he’s still on that Trump train, I might have to cut ties. It’s really tough.”

Evans also touched on his former habit of pot smoking, which is depicted gloriously in an old photograph of the actor attending a movie premiere with his ex-girlfriend Jessica Biel (at the very least, he certainly looks stoned). “You know, I’ve chilled out on weed,” Evans told writer Alex Pappademas. “I used to love it, but now I think it’s the one thing that gets in my way. It zaps your motivation. I think apathy kind of bleeds in, and you start to think, Well, I’m not apathetic, I just don’t feel like doing that. And it’s like, no—you would feel like doing that if you weren’t stoned. And, you know—I’m 37. I can’t be smoking weed all the time. That’s crazy.”

Spoken like a true New Englander: When all’s said and done, the only thing that truly matters is your work ethic. 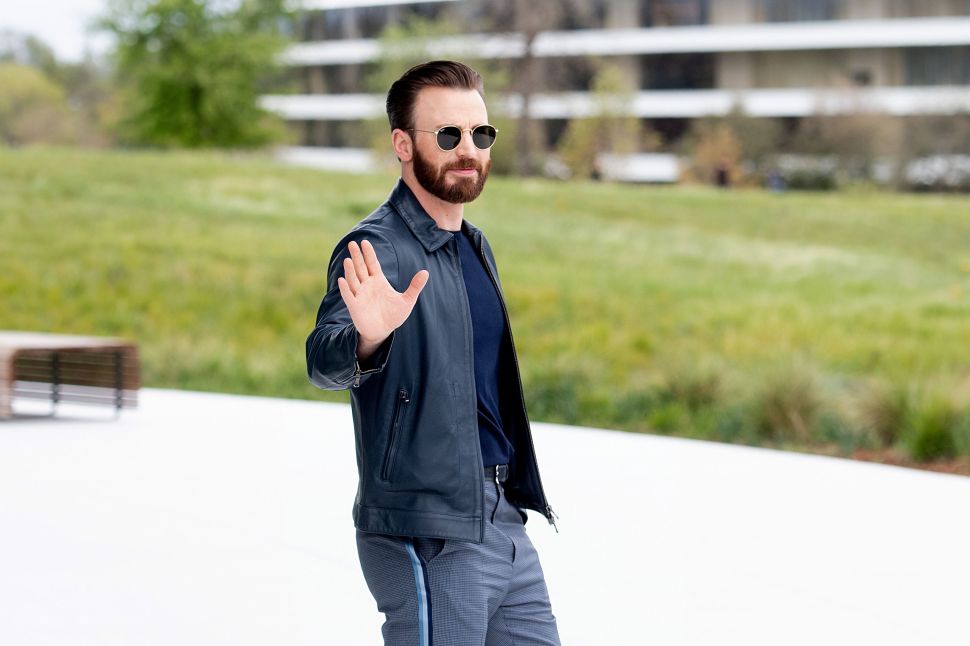