Meghan Markle is in the middle of renovating her future residence, Frogmore Cottage, and as a member of the royal family, she has no need for a hotel room. But before she tied the knot and became the Duchess of Sussex, she spent her last night as a non-royal at the extremely regal Cliveden House in Berkshire.

While it isn’t the Queen favorite Goring Hotel, the five-star stay has a long and storied history involving plenty of British nobles and a fair share of scandals. It eventually became a hotel in 1985, with 47 guest rooms that are all uniquely furnished with antique accents and original details, plus indoor and outdoor tennis courts, pools and a very fancy guest list. Here’s what you need to know about Cliveden House, from its notorious duel over an aristocratic mistress to its cameo in a Beatles film.

The home’s history includes an aristocratic duel and a government-toppling affair.

The second Duke of Buckingham built Cliveden House as a hunting lodge in 1666 for his mistress, Anna Maria the Countess of Shrewsbury, and he fought a duel on her behalf with her husband, the Earl of Shrewsbury, in 1668, which ended in the Earl’s death.

However, Cliveden House’s most scandalous claim to fame is that it’s where the Profumo affair began. John Profumo, the Secretary of State for War under Prime Minister Harold Macmillan, first became entangled with the teenage girl Christine Keeler, who was also linked to a Russian spy, at the home’s swimming pool in 1965; it culminated in Macmillan’s resignation.

Cliveden House was home to a number of British nobles—including Frederick, Prince of Wales, the Duke and Duchess of Sutherland and the Duke of Westminster—before it was purchased by William Waldorf Astor in 1893. Guests over the years have included Queen Victoria, King Edward VII, Winston Churchill, President Franklin D. Roosevelt, Mahatma Gandhi and Charlie Chaplin. Queen Elizabeth II has visited several times, and in 1965, the Beatles filmed part of their musical-comedy Help! at the estate.

You can stay in Nancy Astor’s former bedroom for about $2,000 a night…

The Lady Astor Suite, named after its illustrious former occupant (she married Waldorf Astor and was also the first woman to take a seat in the House of Commons in 1919) is located on the main floor of the mansion. It’s outfitted with a massive crown canopy bed, velvet upholstered furniture and a fireplace with its original mantle. It also has a private terrace and views of the River Thames. If you’re not looking to blow your entire salary on a suite, you could always go for the standard club room, which starts at $576 a night.

…Or book the $2,660-a-night Spring Cottage for a secluded waterside getaway.

The three-bedroom cottage is separate from the main house, and right on the banks of the River Thames. The 2,690-square-foot home starts at $2,660 a night and has two lounges with oversize fireplaces, an office, an eat-in kitchen and a rear garden with its own little lake. It’s also equipped with a private boat launch mooring, for any sailing necessities.

The spa has a vegan skin-care line with scents inspired by the past ladies of Cliveden.

The hotel launched the Cliveden Body Collection last year, and turned to the former heads of Cliveden for aromatic inspiration. The Anna Maria fragrance (named after the Countess of Shrewsbury) is made up of black rose and cedarwood, and the Nancy (named after Nancy Astor) is a mix of fruit blossom, jasmine, wild mint and lily. Perhaps it’s only a matter of time before Meghan Markle gets her own avocado-infused scent at Cliveden. 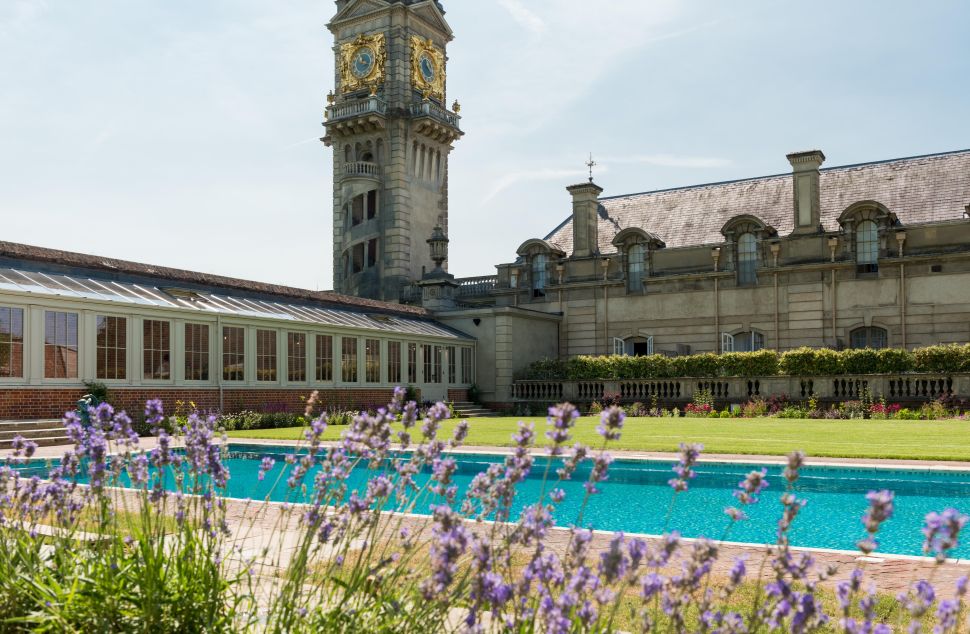