Who says the FBI has no sense of humor?

The irony of the FBI code name given to the recent pay-to-play college admissions scandal revealed this week, ‘Operation Varsity Blues,’ which has rocked universities from USC to Yale to even my own alma mater, Georgetown, wasn’t lost on me. The man at the center of the storm, William “Rick” Singer, has been, apparently, “singing the Varsity Blues” for the FBI for quite some time in a scandal that has ensnared a laundry list of celebrities and elites from across the country—one parent paid $6 million to ensure their child’s admittance into one of the country’s top schools—through a variety of ploys and scams that might send some of these doting parents behind bars.

But for anyone who has attended one of the nation’s top schools sometime in the last few decades, the fact that there is a crisis of this breadth and magnitude, spinning around the murky college admission process at our nation’s top schools, is entirely unsurprising; in fact, the only mildly surprising part is that something like this wasn’t exposed earlier.

Rest assured, there are a lot more William Singer’s, Felicity Huffman’s and Lori Loughlin’s around the country—most of whom have not gotten a full night’s rest since ‘Varsity Blues’ was announced—who have yet to come out of the woodwork.

Higher Ed has myriad problems, but the types of problems facing America’s elite private institutions of learning are, literally, in a league of their own.

Singer’s company, Edge College & Career Network, also known as The Key, operated across the country and overseas, touting itself as a referral-based college counseling and life coaching service for “the world’s most respected families.” It was positioned as a white glove concierge service for the parents of college-bound elites.

However, the real villain in this story isn’t Singer; and it’s not really the parents either—although what they did was wrong and they should be held accountable.

Elite College Admissions Had Been Broken for a Long Time

The truth is that the only reason a company like Singer’s was able to gain any traction at all is because the country’s top colleges and universities still depend on very murky and nontransparent admissions processes. Sure, the deans of admissions at all of the nation’s top schools will routinely publish aggregate data from each incoming freshman class and tout an array of impressive KPIs, such as its racial diversity (we look like America!—sort of), the breadth of students from around the globe (our student body represents the world!), average SAT scores (we are merit-based!), and the percentage of kids who receive some sort of financial aid (need blind admissions!).

But the truth of the matter is that what goes on in the back rooms of college admissions offices still happens well beyond the public’s view, with absolutely no oversight, no process of appeal and zero accountability. In fact, those applying to the nation’s top institutions are essentially taking a leap of faith that each school’s admissions officers will conduct an impartial review of each applicant and adjudicate without prejudice. But for those of us who actually attended one of these top universities, we know that is simply not the case—nor could it ever be the case without a significant overhaul of the entire college admissions process.

Should the ‘Varsity Blue’ scandal, which has ensnared at least one Desperate Housewife, snowball and bring even more bold-faced names into its fold, we can most assuredly expect to see candidates on the 2020 presidential campaign trail begin talking about Ivy League and other elite schools in Higher Ed as a new kind of ‘swamp’ in need of some serious draining. The populist appeal of such a clarion call is too good to pass up, even if the nation has much more pressing challenges at the moment.

I can easily envision Elizabeth Warren, herself a former law professor at Harvard, taking aim at college admissions as being a vector for ensuring the continuation of institutionalized privilege that predominantly benefits the children of this country’s Caucasian elites.

And she’d be right.

It’s not as if Congress doesn’t have plenty of things to investigate, but it would be must-see political theater to haul the deans of admissions of Georgetown, Duke, Stanford and all the Ivy League schools into Congress to testify, under oath, about how they really make the decisions on who gets in and who doesn’t make the cut.

Under oath, in a public forum, I’m sure the true answers will be very unsettling to many Americans.

Yes, I believe that ‘Operation Varsity Blues’ is about to get political.

There are a few things that nearly all Americans aspire to. One of them is homeownership and the other is a college education, and being able to send a family member to college has traditionally been a sign that a family is entering the middle class. The first person in a family to attend college is an overused trope signaling that someone is positioning oneself for unprecedented professional and economic growth.

But an elite education is something entirely different. The nation’s top colleges and universities are more akin to country clubs, where who you go to school with is equal to or perhaps more important than what you happened to learn in class.

And with the fallout from ‘Operation Blue Varsity,’ this bastion of elite privilege is about to come under serious assault. 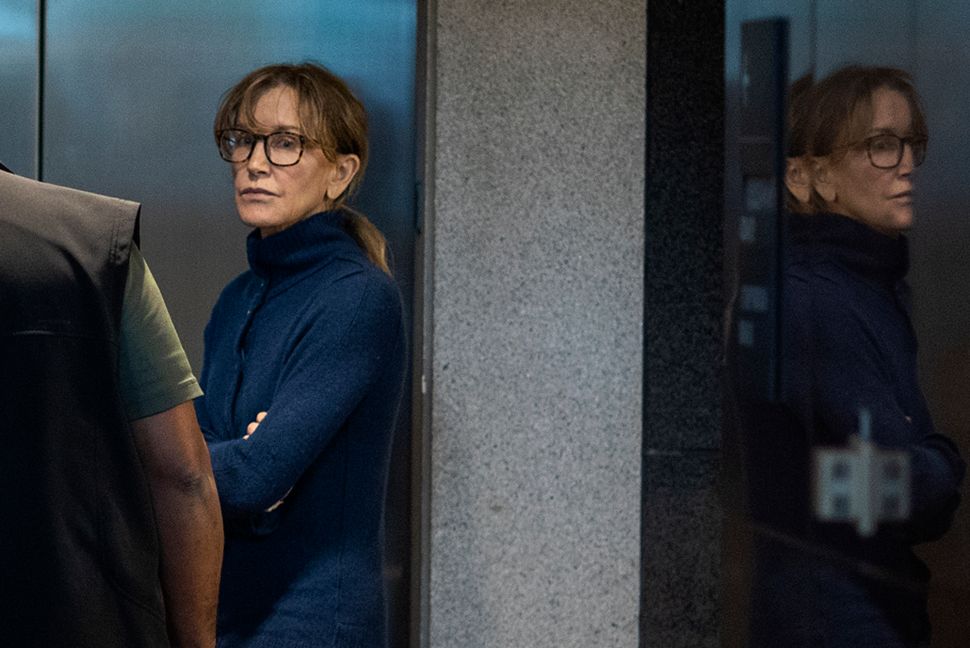