Comcast’s ISP Xfinity is hoping to lure back cord-cutting customers with its own hybrid streaming service.

The company just announced that starting March 26, internet-only customers will be able to sign up for its new “Xfinity Flex.” The offer will go into effect just one day after Apple’s bundled streaming service, which is being anticipated with rising stock—is expected to be announced.

Not to mention, the upcoming Disney+ launch, which will see much of Disney’s content disappear from other streaming platforms. This makes it the perfect time for other streaming players—especially existing large cable providers like Comcast—to attempt to retain existing customers.

For its part, Xfinity Flex will capitalize on the connection of popular streaming apps like Netflix, Amazon Prime Video, HBO, Showtime, Pandora, iHeartRadio—along with Comcast’s home WiFi, mobile, security and home automation services—into its streamlined package for just $5 a month. This will sort of act as a smart streaming box for Xfinity cable cord cutters who are looking for an Apple TV or Roku alternative.

“Xfinity Flex will deepen our relationship with a certain segment of our internet customers and provide them with real value,” said Matt Strauss, executive vice president of Xfinity Services for Comcast Cable, in the announcement.

“For just five dollars a month, we can offer these customers an affordable, flexible, and differentiated platform that includes thousands of free movies and shows for online streaming, an integrated guide for accessing their favorite apps and connected home devices, and the ease of navigating and managing all of it with our voice remote,” he continued.

Whether a recurring subscription payment for the Flex feature—on top of paying for streaming apps like HBO and Netflix—is worth it depends on what existing Xfinity customers will deem valuable. At the moment, Comcast’s internet-only offers begin at about $80 per month, which adds up quickly once Flex users bundle it with the aforementioned premium subscription apps. 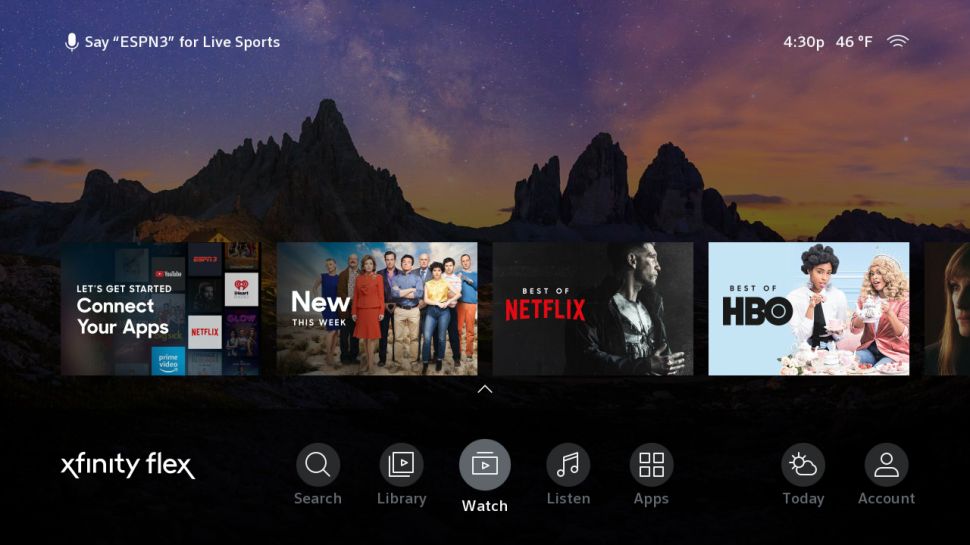