The very best comedians are distillers, people who can filter through life’s everyday triumphs and numbing disappointments and tap into something sharp and resonant. Lane Moore has been delighting audiences and skewering unsuspecting targets for years. Just in time for International Women’s Day, she and a special guest, acid-queen comic phenomenon Janeane Garofalo, are ringing in the fifth anniversary of Moore’s improvisational Tinder Live! show with a commemorative performance at Littlefield performance and art space in Brooklyn.

Moore is a New York–based, GLAAD Award–winning comic, an actress, a former editor at Cosmopolitan magazine and the author of the recent essay collection How to Be Alone (a No. 1 Amazon best seller), but perhaps her most striking achievement is the extent to which she pioneered creating truly hilarious material that revolves around spontaneous and performative use of dating apps, which is now such a ubiquitous shtick that it’s practically an industry standard.

Moore spoke to Observer about romance, companionship and the eternal struggle to balance self-sufficiency with the pursuit of a partner.

Observer: I’m always fascinated by how much dating and relationship advice varies depending on the person who’s giving it. What have you recently learned about dating and love that’s caught you by surprise?
Moore: That it’s not really getting any better…? [Laughs.] I don’t know, man, I might be in the wrong city to find the kind of love I want, but I just talk to so many people, all genders and sexualities and I feel like—Stevie Nicks just said in an interview she thinks cell phones nailed romance to the wall, and she’s totally right. It’s pretty bleak out there, but that’s what I love about Tinder Live!: taking how bleak it is, and how painful and isolating and frustrating dating can be, and turning it into something that makes you laugh and feel better.

Would you say making comedy about dating has helped you find community, or changed your ideas about community?
Totally. My first book How to Be Alone just came out, so I’m very well versed in that, but when I created Tinder Live! one of the things I really wanted to do was take something like online dating—that’s so fucking lonely, just the loneliest experience—and turn it into something that made everyone feel connected and [that] felt like a communal experience.

At a Tinder Live! show, everyone’s experiencing the highs and lows of dating together, and realizing they’re not the only ones who are frustrated, and they’re all watching a totally improvised show, so the only people who will ever experience that one show are in the same room. The energy is incredible, and it’s absolutely a sense of community. I look forward to Tinder Live! shows above all else because it feels like a huge party where everyone’s so glad you’re there, even if you come alone, which a lot of people do—and obviously I love that.

How did Janeane Garofalo get involved? Is she a big fan?
She was a guest on the show last year, and when I was booking this year’s guests I was like, Wait, Lane, you’ve gotta do it with your childhood hero. You just have to. It’s your fifth anniversary! I asked her and she was like, “Hell, yeah, I’ll be there!” and I was so excited. I’ve done comedy shows with her so many times now, but it’s still thrilling because she was so huge for me growing up, and oh, my god, she’s so, so, so funny. If I could do the show with her every month I would.

How has the show itself changed over the years?
I trust myself so much more now. When I go on that stage, I have no clue what the show will be, what profiles I’ll see, what will happen; I can’t prepare any material. So I have to do the show, night after night, trusting myself and my abilities as a comedian and improvisor completely. Every now and then I realize how nuts that is, but it’s been an awesome self-love exercise, I think, to learn to trust yourself that much and know you’ll always show up for you. The jokes will always be there, and they’ll always be enough.

What are your favorite bars in N.Y.C. to go to on dates?
I’m sober and I love eating, so I prefer dinner. I know a lot of people don’t like dinner dates and I get that, but I’d much rather be eating on a date than sipping a soda . It’s tough, though, because I don’t wanna go to my favorite restaurants and then if the date sucks, I think about it when I go back. But I really love being courted, and I love being taken out somewhere amazing I’ve never been before. So I really like having someone else think of where to go. 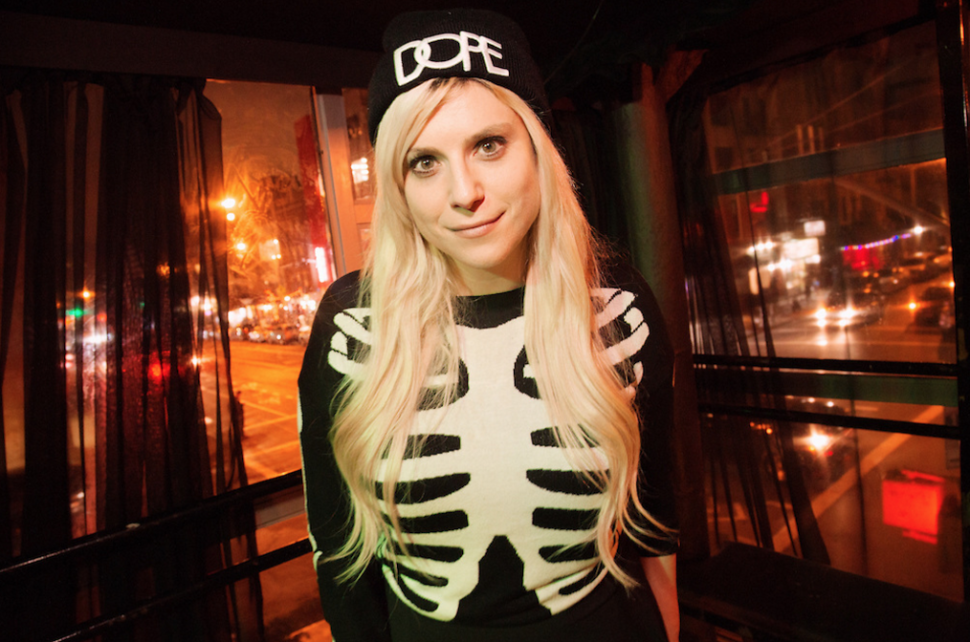