It’s often said that puns are the lowest form of humor, yet this couldn’t be farther from the truth—coming up with an excellent one makes you feel as though your mind is sharpening to a lethal point. It’s pranks that are the lowest form of humor. To be fair, there are tiers: For example, jumping out behind someone and screaming when they least expect it is objectively hilarious, because their torment only lasts for a moment or two and you both get to laugh about how they thought they were going to be brutally murdered like Dickie Greenleaf in The Talented Mr. Ripley. This prank is easy and takes no time at all to pull off.

Elaborate pranks, however, are truly the lowest form of humor because of the very nature of their construction. Shouldering the time, expense and manpower to convince Taylor Swift that she caused someone’s boat to catch fire, or to trick David Beckham into thinking he’s been memorialized in his home stadium with the ugliest statue ever rendered is not only mean, it’s excruciating to watch. Unfortunately, that latter is exactly what James Corden did to the soccer star on The Late Late Show this week.

Basically, to bring you up to speed, Beckham was recently honored—for real—with a commemorative statue at Dignity Health Sports Park, the stadium that’s home to the L.A. Galaxy, Beckham’s team for years. So Corden and his dastardly crew came up with a truly monstrous statue to swap in for the real one to trick Beckham into thinking he was stuck with it.

The effect is devastating. The British soccer star handles the reveal with grace, which is almost… worse? You can tell how gutted he is, but he’s too polite to show it.

The ugly statue idea is an homage to a truly unfortunate bronze bust that was rendered in the image of Cristiano Ronaldo by the artist Emanuel Santos in 2017.

It looked nothing like Ronaldo and was brutally mocked all over the world. Santos’ bust was so bad that it was eventually replaced, and so too was Corden’s “statue,” which was merely an easily breakable plaster creation.

Still, one look at Beckham’s face is a hundred times more painful than being crushed by a bronze Beckham seems like it would be. Abolish pranks! 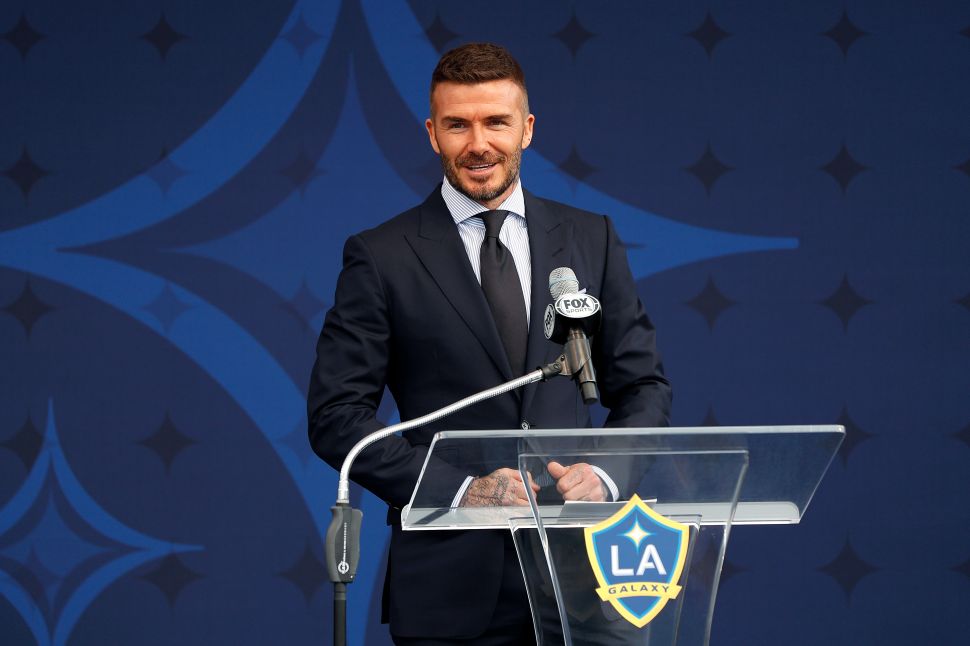