Fancasting has practically become the national pastime of Film Twitter when it comes to the superhero genre. Every outlet has a wishlist of actors they want to see as the next Batman or who they think should join the Marvel Cinematic Universe. But what about directors? A quick perusal through the Internet will reveal all sorts of energies devoted to pairing fictional franchise projects with high-profile filmmakers. One such name that pops up frequently is David Fincher, he of Fight Club and The Social Network fame. But is the interest mutual?

While speaking to Fincher and director Tim Miller (Deadpool, Terminator: Dark Fate) at SXSW about their upcoming animated Netflix anthology series Love, Death & Robots, Observer asked the Oscar-nominated director if he could ever see himself hopping into the comic book arena.

“I don’t know, maybe. I was open to doing a zombie movie,” Fincher said, referencing the sequel to Brad Pitt’s World War Z that Paramount Pictures recently shelved. Obviously, the man is not opposed to dabbling with genre efforts, but it has to be under the right circumstances.

Fincher is one of Hollywood’s most acclaimed directors with an individual style that wouldn’t always mesh well with established continuity. After a turbulent experience on 1992’s Alien 3, he has largely eschewed franchise filmmaking in favor of adult-skewing dramas. It’s understandable why he would be reluctant to enter long-running series such as the MCU or the DC Universe. But Fincher’s comments notably leave him room to helm an original superhero film or a more standalone effort, something movie fans would undoubtedly love to see.

For what it’s worth, Miller doesn’t give it a realistic chance. “I don’t think he’d ever do [a superhero film] because, honestly, the amount of shit I got from him and the amount of spandex jokes while I was doing Deadpool,” he joked.

As for what’s on tap for Fincher following the release of Love, Death & Robots on Netflix March 15 and the debut of the second season of Minderhunter later this year, your guess is as good as his. 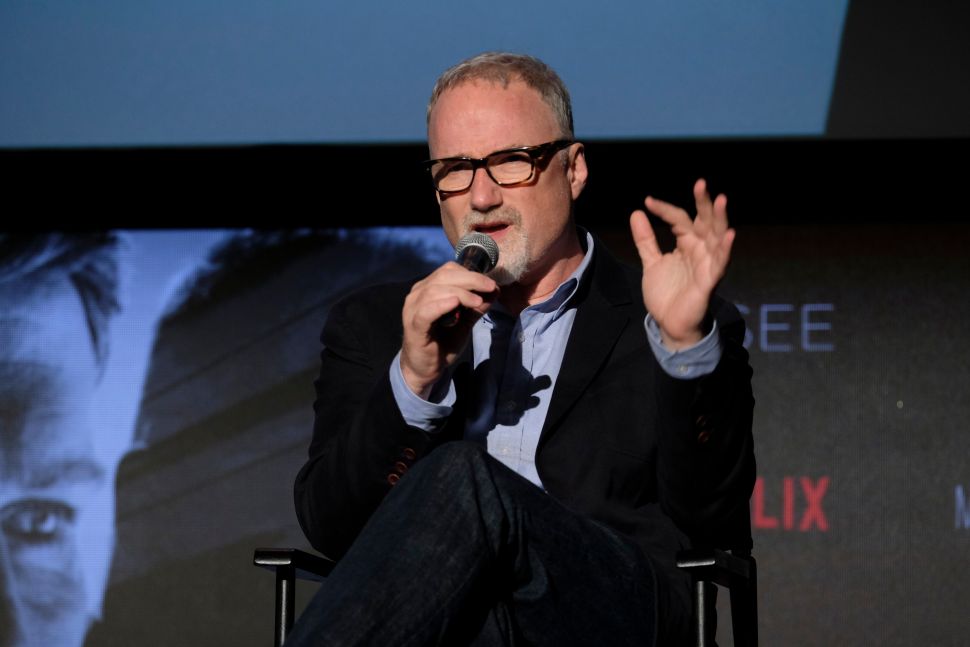