Our nation may think of twisters as being primarily located in the Great Plains and Midwest. But as this writer learned while right in the middle of the tornadoes in Alabama and Georgia that struck on Sunday, the “Dixie Alley” disasters that hit our nation’s Southeast tend to be deadlier, resulting in the most killed by such storms in six years.

A SyFy Style Storm on Sunday

Spending the Sunday in Columbus, Georgia, for my wife’s birthday with relatives seemed like the perfect outing. Like your typical SyFy channel disaster film, the day began as any other. Rain was due, but nothing indicated that March 3 was to be one of the worst days in the region’s history.

Throughout the afternoon, tornado sirens roared to life as the skies darkened prematurely. Winds started ripping branches from trees. The sound of emergency vehicles never seemed to stop. The power would cut off as lighting and thunder rumbled across the sky. We frequently jumped into the hallway, where the kids spent the afternoon playing games, too afraid to venture out for long. Just when the all-clear signal sounded, it would start back up.

At one point, I ventured outside to see how close the rotating clouds were, only to jump back in after hearing what sounded like a tree being ripped in two. The drive home revealed plenty of snapped trees, downed signs and miles of traffic held up by debris. It was yet another day in “Dixie Alley,” the new deadliest location for the nation’s twisters.

Why Dixie Alley Disasters May Be Deadlier

When the dust settled, at least 23 people were killed, and that number could rise as searchers continue their quest. Reports found at least one twister was an EF-4, nearly a mile wide, with a path more than 25 miles long between Alabama and Georgia. Had that storm made a direct landing in Columbus, instead of largely rural Lee County in Alabama, the death toll could have been a record high in America for its kind

Ask most Americans where they think the most dangerous spot is for these storms, and they’ll likely pick Kansas (Wizard of Oz), Oklahoma (Twister) or Texas (Tornado!). But instead of “Tornado Alley” of the Midwest and Plains states, we’re increasingly learning that “Dixie Alley” in the nation’s Southeast might be a deadlier place for tornadoes to strike, as they did this week.

Tornado Alley may technically get more twisters (although their number is on the decline), but the Southeast is catching up in the number of these scarier storms, and deadlier ones as well.  “Tornadoes in the Southeast also tend to be deadlier than those in the Plains because of several factors, such as longer, larger tornado paths, expanding population, more mobile homes, and more nighttime tornadoes,” writes Doyle Rice of USA Today.

Changing climate patterns probably aren’t helping as warmer temperatures and more humid air has greatly expanded tornado season. With all of the hills and trees, it’s harder to spot these killers until they are almost on top of you, as opposed to the Midwest, where you can often see them several counties away.

“On average, about 40 people die each year in the nine states that make up the southeastern U.S.  Alabama tallies the highest death toll annually with an average of 14, according to data from the Storm Prediction Center,” Rice added.

Even with more twisters, the Dixie Alley disasters are not just deadlier, but costlier as well. “Since 1997, on average, tornadoes in Dixie Alley have caused more than $600 million in property damage annually (accounting for inflation) and killed more than 40 people a year, compared with $470 million in damage and 13 deaths a year in Tornado Alley. And that’s despite almost 3,000 more twisters touching down in Tornado Alley during that time,” writes Daniel Levitt with Bloomberg.

When I moved to Georgia, I was told there were no tornadoes in the region. That has clearly changed, as we’ve spent summer nights huddled in hallways, listening to the Weather Channel, wondering what could be done to change things.

What Can Be Done About It?

There is no shortage of proposed plans; each of them would do little to solve the growing crisis in the Southeast. Watch the movie Wizard of Oz and all you need to know is to get into your underground shelter. The only problem is that no one has one due to a combination of tough earth and no need until the last two decades. I can count on one hand the number of people I know with a cellar, and the few who do have one have more of a “man cave” than a survivable shelter. Our crawl space looks more like a death trap should a tornado arrive.

If you watch the film Twister, you’ll know that all you need is a little more warning time. Residents of Lee County, Alabama, had between five to eight minutes. Sure, that’s not much, but even if you had 20 to 30 minutes (the nation’s average is 14 minutes), it would mean nothing. Witness the footage of the terrible damage to houses; who’s going to survive hiding in that? Your hallway or bathroom are nothing if your home takes a direct hit.

Watch the movie Tornado! and you’ll learn that the National Weather Service and Storm Prediction Center aren’t worth much. They’re actually not bad at all, as we’ve watched them give pretty accurate statements and forecasts all along. It’s not their fault; there’s just no place to go when a tornado strikes in the Southeast—except to the middle of your house with the family Bible.

But here’s what can be done (aside from thumbing through Psalms in a hallway closet):

1. Provide Tax Breaks to Southeastern Homeowners Who Build a Shelter or Basement

If Obama can get tax breaks for fuel-efficient cars and appliances, why not make them for home safety? It would help the homebuilder industry stay afloat in this market slump.

2. Require All Homes to Be Built With Underground Shelters to Survive These Powerful Twisters

If California can require codes for buildings to protect against earthquakes, why not do the same in Dixie Alley for tornadoes? Again, the rush to buy a newer, safer home might just be what the anemic housing markets needs to jump-start it.

3. Cultivate Businesses and Community Centers With Such Protection

Since not everyone will be able to afford a home with a basement or shelter, something needs to be done for people who know there’s a strong chance of severe weather coming. Businesses could advertise their protective shelters on-site, while community centers could be the ones that step up to protect the neighborhood. Additional onsite parking protections also couldn’t hurt, as well as animal shelters for pets.

All of these solutions won’t be cost free, and will require some adjustments and building philosophy, not too different from the West Coast adjusting to earthquakes or the East Coast preparing for hurricanes. There will need to be physical infrastructure changes, as well as mental modifications for dealing with the problem, to prepare for this emerging deadly zone of natural disasters. 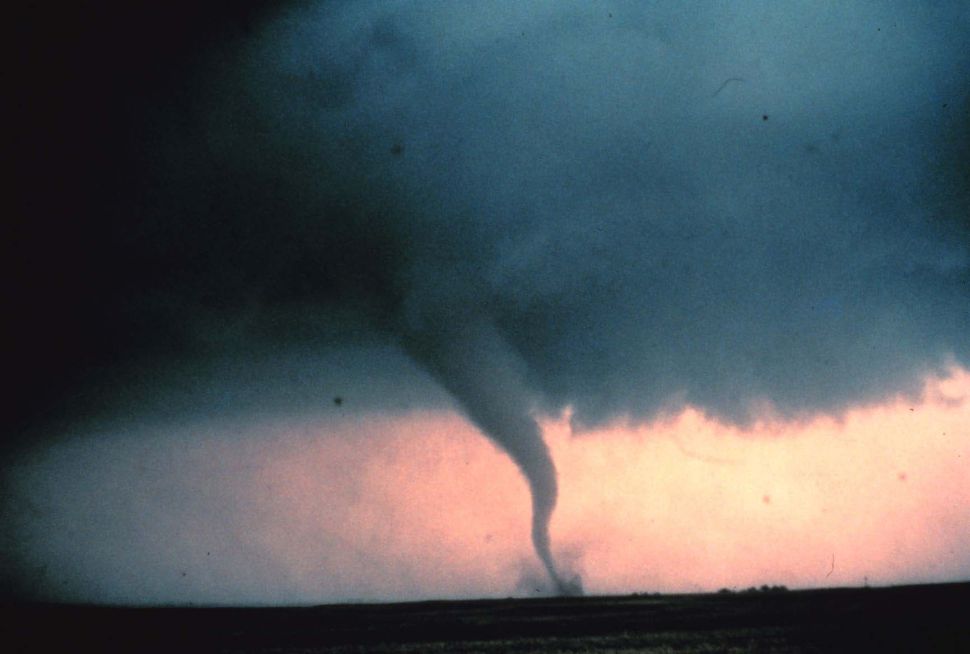