Healthy skepticism is not a rebuttal to what may be an extraordinary new slice of history, but rather a necessary side dish that should accompany every artistic main course. When something seems too good to be true, like the re-unveiling of a work that’s purported to be the “only surviving” sculptural piece by Leonardo da Vinci, it’s worth taking a close look at how experts on the subject arrived at this extraordinary conclusion.

According to The Guardian, the Palazzo Strozzi museum in Florence, Italy, is debuting an exhibition this week that includes what it claims is a sculpture done by grandmaster da Vinci when he was extremely young—either 19 or 20. The sculpture, which is normally housed in Britain’s Victoria and Albert Museum, is called The Virgin With the Laughing Child, and the beatific figures rendered in terra-cotta certainly bear a resemblance to some of the most sensitively depicted faces crafted by the Italian Renaissance polymath—the Mona Lisa comes to mind.

The small scale of this #Madonna – only 49 cm tall – actually goes to amplify the intimate happiness of this lovely piece. It's sometimes argued that it's a model for a large scale marble Virgin and Child by the Florentine #AntonioRossellino (1427-1479) – but, in those, the protagonists usually both look downwards to the worshipper. And here the mood just feels wrong. It's too obviously delighted. Alternatively, it's suggested that she's a little household Madonna, who would originally have been naturalistically painted. I wonder. The idea that this piece presided over a bedchamber seems spot on, but the unadorned clay is so beautiful, the simple humanity of mother and son so evident, that perhaps what we're seeing here is a celebration of their love and humility in a medium that was intentionally modest. I realized today that when #Renaissance sculptors used marble and bronze, they were 'speaking' in Latin, since these were quintessentially the materials of the ancients. Modelled clay on the other hand is a vernacular, like writing in Italian. And, by the way, it was also God's medium when he formed Adam, and that had meaning too. #thevirginwiththelaughingchild #isshewearingascapular? #renaissancesculpture #trulyadorable

However, due to a ruling on the sculpture’s maker by the late historian John Pope-Hennessy, the public consensus for years has been that Laughing Child was created by artist Antonio Rossellino. Indeed, even the sculpture’s Victoria and Albert museum web page is careful to point out the ambiguity of the artwork’s origins: “We are not sure who modelled it,” the summary states. “Andrea del Verrocchio, Leonardo da Vinci and Desiderio da Settignano are among a variety of 15th-century Florentine sculptors who may have made it.”

So, why the certainty all of a sudden? The strikingly conclusion that Laughing Child is indeed a da Vinci’s comes primarily from the Italian historian and academic Francesco Caglioti, who is affiliated with Naples University. At an unveiling at the Palazzo Strozzi, Caglioti and da Vinci expert Carmen C. Bambach expounded upon the reasons why they believe Pope-Hennessy’s original attribution was wrong.

Exhibit A: The scholars think that the fabric draped over the Virgin Mother’s legs matches sketches made by da Vinci. Exhibit B: the merry face of the sculpted baby, which resembles how da Vinci portrayed young children in some of his drawings. This kind of portrayal—a laughing baby Jesus—would have been out of the ordinary in the 15th century, and da Vinci himself recalled being taken to task for his renderings of the an infant Christ in his notebooks, reports The Guardian.

So, yes, we have experts on the subject asserting that Laughing Child is an early da Vinci creation, but we may want to temper our excitement a bit given that bold declarations like this are known to arise in the art world. In 2012, for example, the Leonardo da Vinci Museum in Vinci, in Tuscany, claimed that it had discovered a painting that was an earlier draft of Leonardo’s Mona Lisa, despite the fact that it was “painted on canvas and not on wood, the artist’s preferred medium.” Sometimes we believe what we want to believe.

Update:  A spokesperson from the Victoria and Albert Museum has emailed Observer the following statement:

“In light of the V&A’s own ongoing research into The Virgin with the Laughing Child, we were delighted to offer this sculpture on loan to Palazzo Strozzi for this major exhibition on Andrea del Verrocchio and his workshop, for the first time since its acquisition in 1858. The early history of this sculpture is unknown, and over the years it has been variously attributed to Rossellino, Leonardo, Verrocchio and Desiderio da Settignano, none of which has met with universal acceptance. A potential attribution to Leonardo da Vinci was first proposed in 1899, so Professor Caglioti’s study opens up the discussion of its authorship afresh. The V&A welcomes ongoing discussion with colleagues worldwide: Research into our collections is continuous, and we look forward to further scholarly insight which will no doubt result from this presentation within the upcoming exhibition.” 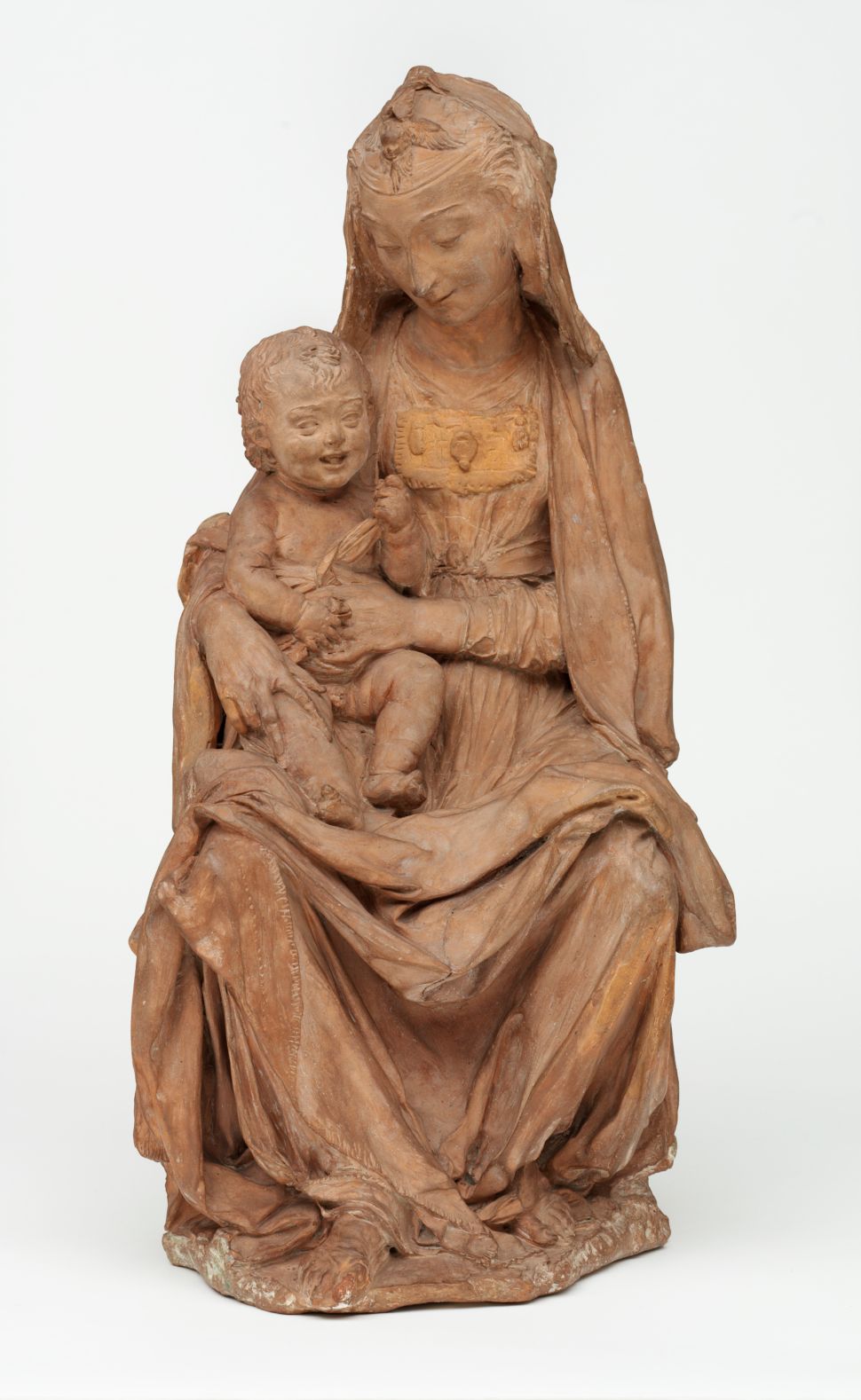