Restaurants and bars in New York City are sorted by innumerable categorizations based on the experiences they offer; a veritable rainbow of options is searchable online. In the mood for Indian cuisine? Google it, and it’ll be on your kitchen table within the hour. Searching for a Boston-style bar to camp out in while you rage-eat nachos and holler at the TV as the football team you despise scores touchdown after touchdown? Why, here you go!

But the most important question I ask myself when seeking out a new establishment to call my own is simple: Would I take my mom here?

My mom, to clarify, is a great hang. When she drops by for a visit, I make it a point to take her to well-reviewed restaurants, photogenic art museums and cozy coffee shops to ensure that she has a great time. What I don’t do is take her to the same places I go to on dates, and this, friends, is what I believe to be the only crucial dividing line that matters when classifying a venue. Is it nice (I would take my mom there) or is it sexy? If it’s sexy, you just don’t take your mom there. That makes it weird.

Mister Paradise, a cozy cocktail bar in Manhattan’s East Village, has been open only for a couple of weeks, but on a recent Tuesday night the place was comfortably accommodating at least two dozen after-work drinkers. The parties seated on rippled, camel-colored leather seats situated on the port side of the room had all piled their dark winter coats behind their heads, adding a layer of dimension to the sultry lighting scheme. The place looked like a cross between the Glossier flagship store and a moody bistro. At the bar, couples perched on tall, heavy chairs, their heads close together as they examined the cocktail list.

Tending bar was Mister Paradise co-founder Will Wyatt, who pointed out that every mixed drink on the menu was named after a piece of pop cultural ephemera. For example, the Dr. Angel Face (a winningly smooth combination of barley shochu, fino sherry, tomato dashi, verjus, chartreuse and kinome) is a reference to a throwaway line in Adam McKay’s 2008 comedy Step Brothers, while the Cafe Disco (rye whiskey, coffee, buckwheat, olive oil and absinthe) is named after an episode of The Office.

The drinks are more than sufficiently tasty, and the sophisticated design sense applied to the physical space is explicitly cinematic. Wyatt is clearly a discerning aesthete with a fine eye for detail. The bathrooms are painted in a lurid green inspired by the nightmarish Room 237 in Stanley Kubrick’s The Shining (don’t let that scare you; they are beautiful), and the striking Red Room in the back is an homage to the director’s A Clockwork Orange.

I read the secluded lounge space differently, though. As I slid onto the (again, leather) Red Room couch and crossed one leg over the other, I instantly thought it would be the perfect seat to settle into while preparing to send a risky text.

The “vibe,” if you will, was casually anticipatory. I also had a sense that for some patrons, Mister Paradise would not serve as the last stop before returning home. In other words, don’t take your mom here. 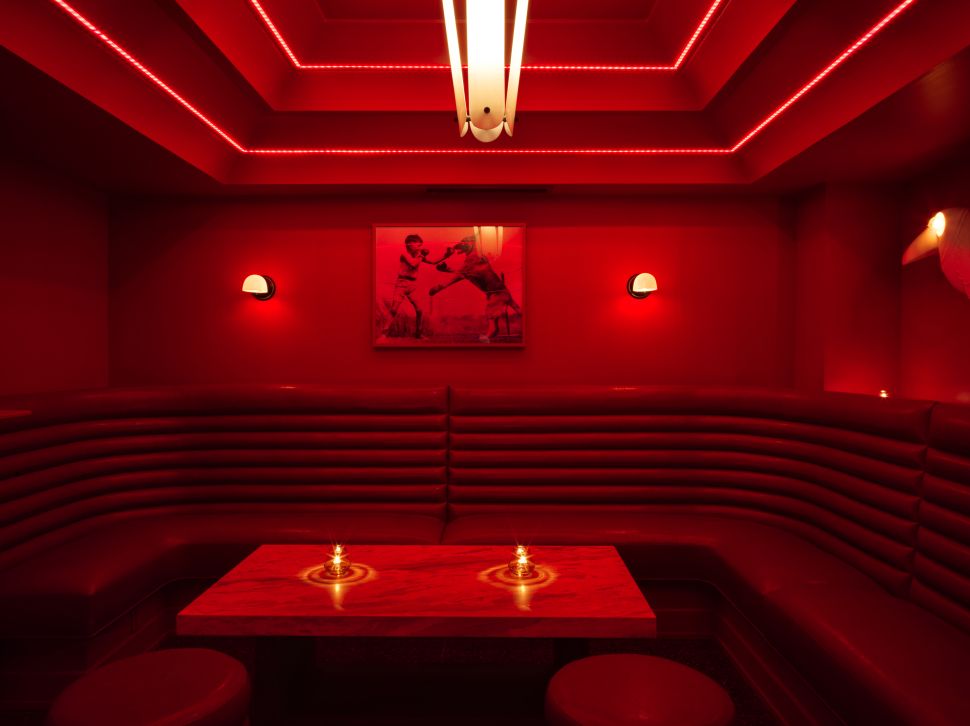