If it seems like all your favorite celebrities are trying to sell you something lately, well, first of all, welcome to the real world! Second of all, you’re right. Every work of contemporary cultural criticism that seeks to be comprehensive needs to reckon with the fact that as Americans, we may have reached a lifestyle-branding zenith. For a company to make noise in 2019, it needs an imperceptibly specific element that makes the whole operation cohere. For Drew Barrymore Flower Home, a new collection of home decor items that has just launched exclusively in Walmart, that magic element is, of course, its delightfully bohemian founder, Drew Barrymore.

In a sense, Barrymore stands as the polar opposite to the kind of austere, hyper-minimalist “this room could be anywhere in the world” style that’s so heavily favored by expensive coffee shop owners and Airbnb proprietors. Her collection is drenched in color and lush fabric, and its pieces are generously priced between $18 (for the vases) and $899 (for the Blush Velvet Track Arm sofa). Yes, they are accessibly elegant, but, crucially, they look super expensive.

Drew Barrymore’s new home collection is out today! When I went to the preview, i couldn’t decide which I was more in love with: her (because she’s genuinely awesome) or the stuff (because it’s genuinely awesome). Swipe for some of my faves available at @hayneedle @jet and @walmart #DrewBarrymoreFlowerHome

Barrymore also has a pretty cool makeup line called Flower Beauty, and it seems her good taste is inherited. “I think I’m most inspired by my godmother,” Barrymore told People, referring to the actress Anna Strasberg. “She had a very salon-style house. The walls were filled and there were books and soft floral pillows. That’s my biggest childhood influence, living in Anna’s house and seeing The Ivy be made.”

Strasberg’s friend, interior designer Lynn von Kersting, was co-owner of The Ivy, a sceney, paparazzi-plagued Los Angeles hot spot once associated with the likes of Paris Hilton, Lil’ Kim and Lindsay Lohan, who was accused of getting drunk there in 2005 before smashing her Mercedes into a van and then running to an antique store. Still, it’s easy to see just how much Barrymore was influenced by the flower garden-meets-canyon ranch feel of it. Flower Home’s offerings are similarly cozy, but stylistically daring. For still more insight into its vibe, check out von Kersting’s independent interior design work—it’s basically a gold tassel and blue ceramic explosion.

As Joe Coscarelli put it in today’s edition of The New York Times, a musician needs “the lightning strike of a memeable moment or a megahit… to get noticed (and, potentially, soon forgotten) in today’s avalanche of content.” For potentially lucrative lifestyle brands, nearly the converse is true: If you’re going to sell wares like makeup or side tables (or in Gwyneth Paltrow‘s case, GOOP-promoted Astragalus supplements), it helps hugely if the face behind the business has already consistently produced lightning-strike moments. Fortunately, Drew Barrymore has that kind of face, and if her role on the adorable zombie Netflix show Santa Clarita Diet is any indication, she also has a bloodthirsty appetite for success. 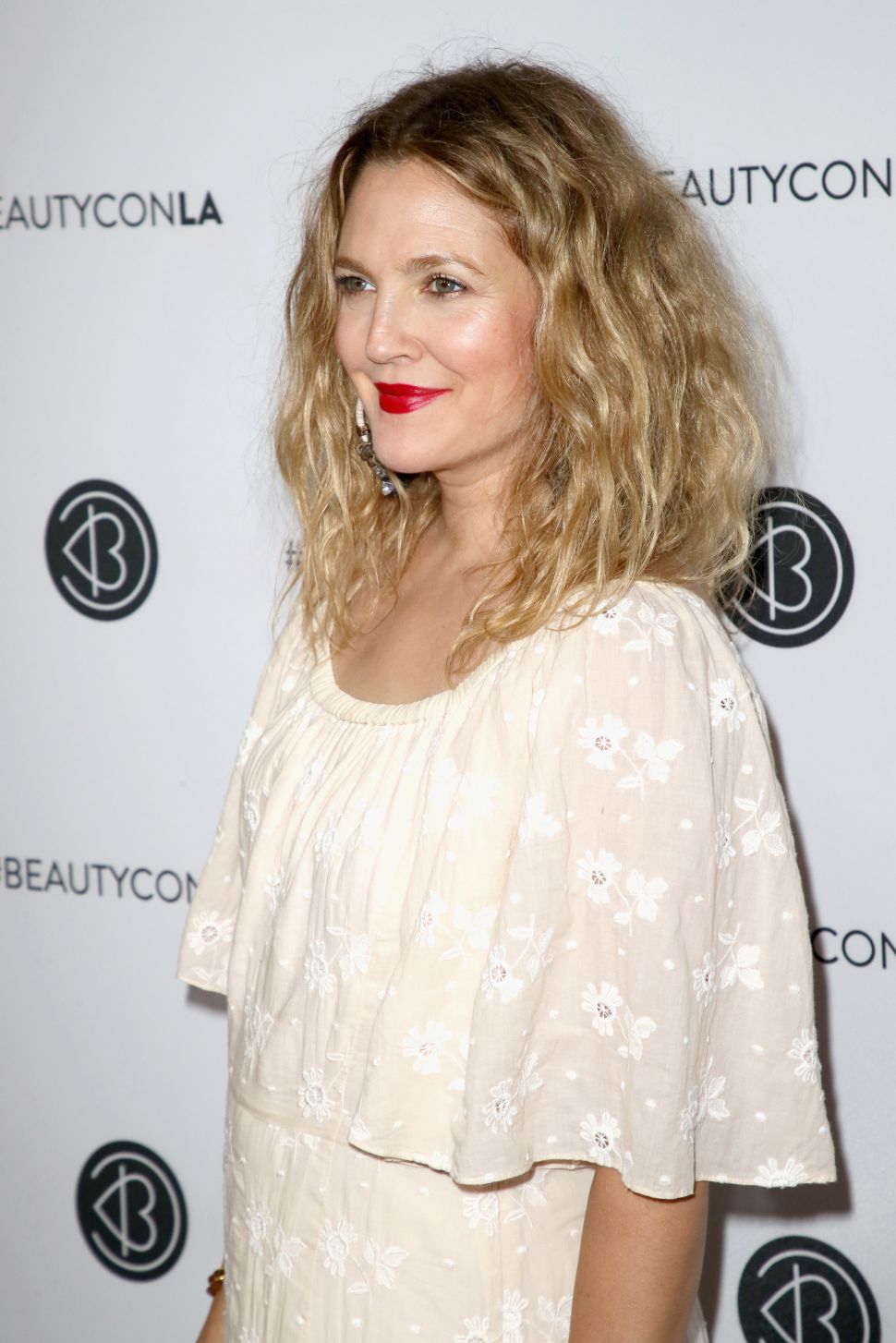