Did you know that the modern-day pacemaker was invented by accident? University of Buffalo assistant professor Wilson Greatbatch picked out the wrong-sized resistor while tinkering with a heart-recording prototype and fell backwards into the lifesaving device. And he isn’t the only one—history is littered with creators attempting to make one thing and inadvertently making another. Strangely, that’s what Disney’s Dumbo feels like. While it’s designed as an attempt to reimagine a beloved animated classic in big-screen live-action form, it’s actually most valuable as a case study for how Disney handles its upcoming streaming service, Disney+.

Dumbo is a fine movie, though director Tim Burton seems hell-bent on squeezing every last ounce of sentiment out of every single scene, even at the expense of character development and story. Colin Farrell, Eva Green, Danny DeVito and Michael Keaton all seem to be having a ball. Several jokes land hard, and a handful of tender moments effectively pull on the heartstrings (CGI Dumbo is a good boy). But the movie isn’t quite clever enough for adults and might be a tad too odd for kids, leaving it in that risky no-man’s-land of box-office propositions.

Remember, despite Disney’s record-breaking 2018, the studio struggled with a fair share of underachievers (A Wrinkle in Time, Christopher Robin, Mary Poppins Returns) and outright flops (Solo: A Star Wars Story, The Nutcracker and the Four Realms). We don’t have a crystal ball, but with Shazam! and Avengers: Endgame on the horizon, it’s quite possible that the decent-ish Dumbo could fail to take flight at the box office despite its soaring titular character. In essence, Dumbo is probably the type of just-fine film that has more value as a Disney+ exclusive than it does as a theatrical release.

There has never been a company of Disney’s size and scope that has attempted to stop on a dime and become something else. The single-most successful traditional media company (which has its hands in the multiplex, licensing/selling content to pay-TV and home entertainment) is trying to become a vertical direct-to-consumer model. That’s like expecting a shark to thrive in pool . The transition requires Disney to drastically alter its approach to, and understanding of, the entertainment business on the fly—which it has only begun to do.

Similar live-action/CGI hybrids such as Lady and the Tramp and Noelle (a film starring Anna Kendrick as Santa Claus’ daughter) have been rerouted from Disney’s theatrical release schedule to Disney+. While such a move sacrifices short-term revenue, it does line Disney’s new division with exclusive traditionally big-screen-worthy content. Disney has proven time and again it can turn second-tier IP into home runs, but if Dumbo falters and the Maleficent sequel fails to live up to the original later this year, we may start to see future so-so intended theatrical releases transformed into more easily digestible exclusive streaming efforts. This could be a win-win for Disney.

That’s not to say every idea that isn’t a surefire blockbuster will end up on Disney+. The Mouse House has already connected the two mediums for a dual-pronged attack on our wallets. Moving forward, both platforms can be viewed as intertwined farm systems where characters and concepts can be workshopped for bigger things. The Marvel Cinematic Universe is now a launching pad for Disney+ spinoffs. Without their Avengers connections, secondary protagonists such as Scarlet Witch and Vision, Falcon and Winter Soldier, and Loki likely wouldn’t be leading their own big-budget limited series. Similarly, Diego Luna’s Cassian Andor will headline his own live-action Star Wars series following the worldwide success of 2016’s Rogue One: A Star Wars Story. Perhaps Dumbo could take a similar leap. Its adorable hero already got his own Disney live-action puppet show in the 1980s, so there’s no reason an animated series set at his traveling circus couldn’t be a viable small-screen offshoot.

And this synergy can flow both ways. Let’s say Pedro Pascal’s main character in Disney’s upcoming series The Mandalorian becomes a fan favorite. Suddenly, Lucasfilm has a shiny new added-value element it can parlay into a film. Break it all down and you can envision the magical Disney method: Attract audiences, lock them in with one medium, then feed them other. Consumers are really just cattle with better health insurance.

Think of Dumbo as a microcosm for Disney as it navigates the complicated path of being both a traditional studio and a burgeoning streaming entity. Somehow, the House that Walt Built must serve its linear audience in the present while also building up Disney+, the key cog of its future. Fortunately, the company has already started to adapt by melding the two into a quasi-symbiotic relationship. The economic realities of theatrical releases and brand-driven filmmaking, audiences’ rapidly changing viewing habits and the upside of mutually beneficial development across mediums have helped retool Disney into something exciting and new. Funny to think that a flying elephant could serve as the inflection point in this evolution. 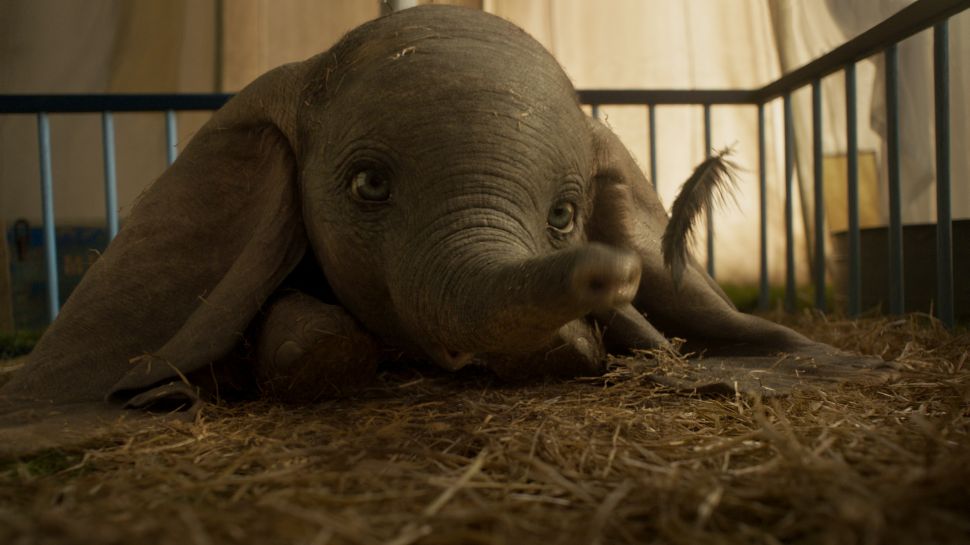