El Chapo has been convicted, but now it might be time to pass judgement on the jury.

After three grueling months and tons, literally, of evidence, convicted drug kingpin, and now maybe child molester, Joaquin “El Chapo” Guzman could be granted a retrial because of a rampant case of juror misconduct.

The definition of juror misconduct includes talking about the trial with outsiders and looking at information related to the case that has not been included as evidence. The El Chapo jurors were told repeatedly—during morning, afternoon and lunch breaks, as well as when they were sent home for the day—by the judge not to do this. They did.

In an interview with Vice News, an anonymous El Chapo juror said that many in the group followed along with the trial via social media and news coverage. At least five jurors, and two alternates, knew about the rape allegations against Chapo. Some had been following along with the news and keeping up with a few journalist’s Twitter accounts (including the one from Vice) who were covering the trial.

In order to avoid passing judgement on the jury too quickly, Observer got in contact with two jurors from other high profile trials, which involved media scrutiny, to get their expert opinions on the matter.

Kevan, who asked to go by first name only to protect anonymity, was a juror on the Boston Marathon bombing trial and said there was very little temptation to look at the news.

“No, not really because I didn’t feel that it was the appropriate thing to do,” said Kevan. “I think that I had that sort of resoluted [sic] into my own being, and I decided that I was going to stick by the wishes of the judges as faithfully as I could.”

According to Kevan, even the prying questions from friends and family, who might have put it together that he was involved in a big trial, were all but nonexistent.

“No, actually my immediate family, my parents and those very close to me, I think really were respectful of my inability to discuss certain things,” said Kevan. “Like, my dad would turn off the news when I was in the house for example.”

Instead of listening to NPR in the morning, Kevan would listen to music (’90s rap and Alice in Chains) and audiobooks (Man Searching for Meaning by Viktor Frankl) instead.

Kevan was clear about not wanting to judge individuals from the El Chapo jury too harshly, since he did not know exactly what went through their minds, but believes that avoiding the news for a major trial is not a ridiculous request.

“If somebody’s Facebook is so saturated with that kind of stuff, you know what you do, right?” said Kevan. “You just don’t open your Facebook account for as long as is necessary.”

“I do think that protecting liberty and individual choice is pretty important, but when you are involved in something which requires a degree of detachment, then there are also certain responsibilities that come with that,” Kevan added.

One of the most serious pieces of information the jurors from the El Chapo trial learned was the rape allegations against Chapo, which were barred from the courtroom. The juror that spoke with Vice claims the accusations did not factor into their decision to convict.

But Kevan doesn’t buy it.

He also believes that being unaware of the news during the time of the bombing had an impact on being picked for the juror box. Keeping up to date with the news would have meant being kept out of the trial.

Another thing the Chapo juror said was that they didn’t want to be thought of as a snitch by fellow jurors. The person ended up snitching to Vice anyway, but that’s beside the point.

“I thought they were going to hold me in contempt… I didn’t want to say anything or rat out my fellow jurors,” said the anonymous El Chapo juror to Vice.

Aimee Boden, who served as a juror during the trial of a gang member involved in the killing of Carey Gabay, the former aide to Gov. Andrew Cuomo who was killed by a stray bullet before the West Indian Day Parade in 2015, has experience with this herself.

She said some of her fellow jurors would talk about the case when they went back into the jury room during breaks. It didn’t sit well with Boden.

“At one point, because I was the elder, more mature person in the room, I told the court officer,” said Boden.

The issue stopped, but it made things tense.

She said people looked at her as if she was a “tattletale,” but ultimately the technique did work. Boden described how cliques were formed among the jury members—she still keeps in touch with a few people from her friend group, especially when the sentencing happened—and how they had friendly arguments about TV shows and music, or did crosswords together.

Though the trial Boden was a part of did not garner the same level of national attention as the El Chapo trial, the two were roughly the same length—about three months—and covered by New York media.

“Obviously, when things were getting heated, you could feel the press trucks outside and you could certainly see the press in the courtroom, and it’s hard to avoid that,” said Boden.

She understands how some people might be tempted to look at news coverage, especially in the smartphone era, but says the temptation to look wasn’t overwhelming. A self-described “news junkie,” Boden never stopped reading publications like The Washington Post, New York Times and Huffington Post, but claims she never came across an article about her case.

“It became a habit not to look,” said Boden. “At first the temptation was stronger, and then as you’re in it, it’s just like breaking a bad habit. So it got easier as time went on. Although we all went racing to it as soon as it was over.”

But multiple members of the El Chapo jury did look at the news, and are now being accused of juror misconduct. It is a serious issue with potential prison time, but James Cohen, a professor at Fordham University School of Law, thinks it is unrealistic that any of the Chapo jurors will actually be sentenced.

He says that for a juror to go to prison for misconduct, it would require the judge to give a warning about the rules before the trial, and specify that breaking one of them would result in time behind bars.

“Without that kind of notice, there’s no way in the world anybody goes to jail in this kind of a situation,” said Cohen.

Judge Brian Cogan, who presided over the Chapo trial, did not threaten jail time, but that’s not to say other judges haven’t taken notice of this particular instance.

Judge Nicholas Garaufis, who will be presiding over the NXIVM trial (the leaders of the group, which includes Allison Mack of Smallville, are accused of sex trafficking) recently issued a warning to any jurors who set foot in his courtroom. It is a direct response to what went down on the El Chapo jury.

“The jurors will go on the internet, Twitter and ignore their duties. This is a real issue and I am going to come down very hard on the jurors,” Garaufis said to The New York Post. “I’ll even make a reference to the U.S. Attorney. We are here to do justice, not spread gossip about the defendants on trial.”

Garaufis and Cogan both work for the Eastern District of New York.

Perhaps the biggest question left to answer is whether or not El Chapo will get a retrial as a result of the misconduct. He is currently facing life in prison after being found guilty on all charges.

His lawyers released this statement on the matter:

In all likelihood, the courts would want to avoid a new trial. Unless they wish to go through another lengthy and expensive procedure.

Nancy Gertner, a former judge and now senior lecturer at Harvard Law School, is not convinced a retrial is a done deal, but believes there is a possibility.

“It takes a lot to reverse a verdict, but if it was half the jury, and intentional misconduct, it is a serious problem,” said Gertner in an email. “The issue will be what did they hear, and how significant it is relative to the other evidence.”

Cohen agrees that a new trial is hard to get, but added that this case might be serious enough to warrant one.

“This is a blockbuster, the little girls,” said Cohen. “So, I think to the extent that if you have this come out, and you have two or three other things come out, you are going to have a new trial.”

Cohen said that the Chapo legal team would need to file an appeal to the judge, who would then meet with each juror individually in order to find out exactly what went on. If the infractions are considered serious enough, it could mean a new trial.

Chapo’s lawyers have until March 28, per Cogan’s extension, to file. This could very well be the reason the defense recently brought Marc Fernich onto the team.

“His practice centers on criminal defense, mainly sophisticated appeals and legal motions that can toss charges at the trial level or pave the way for future appeals,” says Fernich’s website.

This is a lawyer that makes his living reading the fine print.

If El Chapo does get a new trial, anything is possible. The defense will have a better understanding of what the prosecution has in store, and will get another chance to cross-examine the witnesses. They won’t, however, be able to change the text messages or slew of recorded phone conversations the government has of Chapo conducting business. That could be an issue.

Still, El Chapo will likely jump at any opportunity he can get to avoid a life in prison. And If he can, it would be his greatest escape yet. 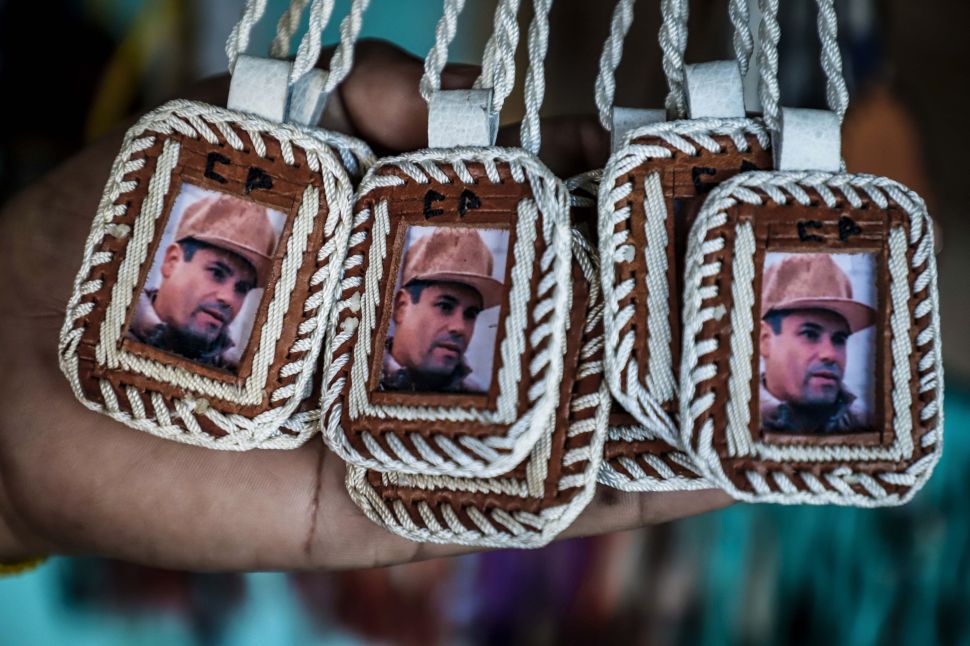