After months of hint-dropping and anticipation-building, on Thursday night Tesla finally unveiled its long-awaited crossover SUV, the Model Y.

The Model Y is Tesla’s second mass-market offering after 2017’s Model 3 sedans. Set to be available in 2020, the new model will retail for slightly higher than the Model 3 at $39,000. (Model 3 prices were recently lowered to $35,000.) Expectations on the Model Y were sky-high because SUVs are currently the fastest-growing segment in the U.S. auto market, but Tesla’s big launch last night seemed to have failed to impress its keenest watchers: Wall Street analysts.

“Overall, we found the event somewhat underwhelming with no major surprises,” Deutsche Bank analyst Emmanuel Rosner said in a note to clients.

At Thursday’s launch event, Tesla CEO Elon Musk said the Model Y would use about 75 percent of the same parts used to make Model 3 cars. It also provides nearly identical performance and power range as the Model 3, prompting Bernstein analyst Toni Sacconaghi to call the car “a Model 3 plus an SUV bulge in the back.”

The high similarity between the two models also got some analysts worried about the “cannibalizing” effect Model Y could have on the Model 3, which just recently picked up production volume.

“The Model Y offers substantially greater space, nearly identical performance, and nearly as much range as a Model 3,” said Morgan Stanley’s Adam Jonas. “And it has two extra seats in a third row, which is a very big deal, especially for the U.S. market.”

“Last night’s unveiling essentially reaffirmed Tesla’s target of ‘volume’ production by the end of 2020. This timeline appears similar to the original timeline for the Model 3 ramp, which was ultimately delayed by 9-12 months,” said Sacconaghi.

More importantly, analysts were disappointed at Musk’s lack of new announcements relating to Tesla’s more mature models, such as the Model S and Model X, and bigger-picture updates about the company’s first-quarter performance.

“We believe the event was more of a capital raising effort and branding exercise. We do not see the new Model Y igniting elevated demand or enthusiasm for the Tesla brand,” said Jeffrey Osborne of Cowen Inc. 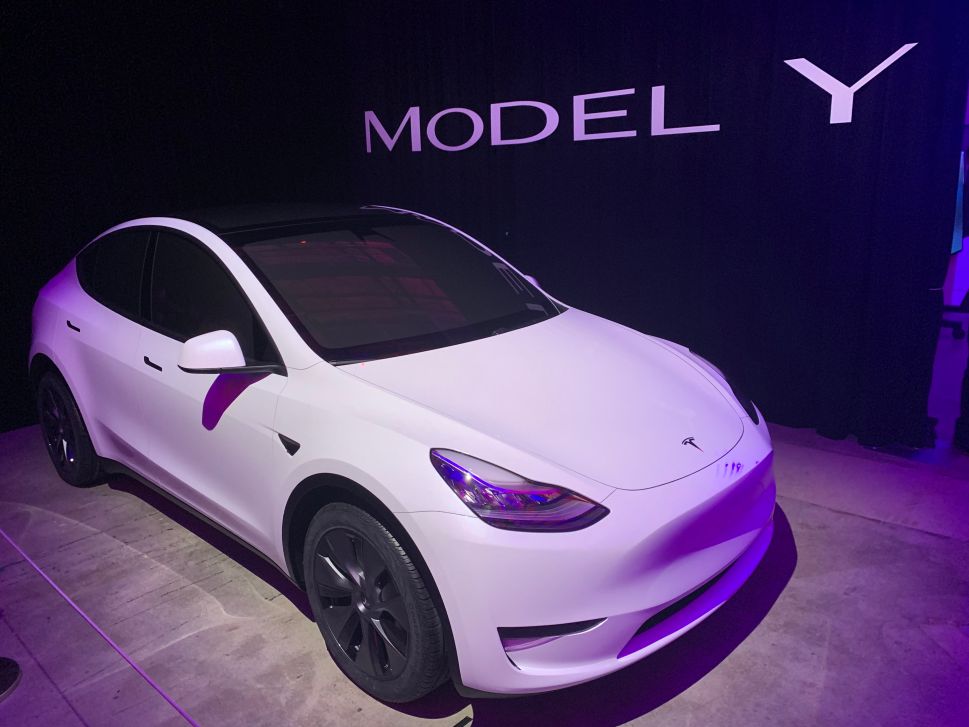