Last Friday, the U.S. stock market tumbled after the yield curve of U.S. bonds hit an inversion point for the first time since 2007, an important economic indictor for a looming recession that many investors and economists have feared for months.

But according to Janet Yellen, the former chair of the Federal Reserve from 2014 to last year, the inverted yield curve this time is not as apocalyptic as it looks like.

“My own answer is no, I don’t see it as a signal of recession,” Yellen said at the Credit Suisse Asian Financial Conference in Hong Kong on Monday morning, when asked whether the yield curve inversion was really signaling a recession.

“In contrast to times past, there’s a tendency now for the yield curve to be very flat,” Yellen explained, adding that this tendency makes it easier for the curve to invert.

That said, Yellen conceded that the U.S. economy is indeed slowing down, and that if the inversion of the yield curve meant anything, it would be a signal for the Fed to cut interest rates, rather than to continue hiking them. 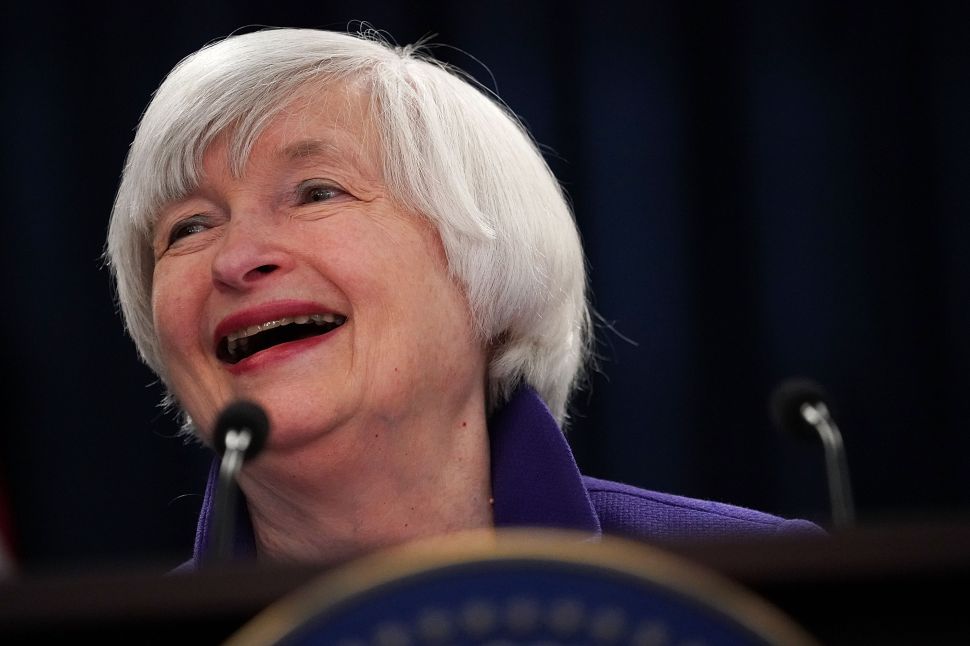