After nearly two years privacy scandals spoiling Facebook’s reputation, Mark Zuckerberg, earlier this month, made a desperate bid by vowing to make Facebook a safer and more “privacy-focused” company in the future. While it sounds like quite a fitting answer to Facebook’s critics, so far Zuckerberg’s grand vision hasn’t won much favor with either Wall Street analysts or his own executives.

“We are concerned that regulatory, [news] headlines and strategic pivot risks will negatively impact Facebook’s valuation more than investors currently believe due to the negative flywheel created by Network Effects,” wrote Needham analyst Laura Martin in a note to clients on Monday.

Cox was one of Facebook’s first 15 engineers and played a key role in a number of flagship products, including News Feed and all of Facebook’s mobile apps.

By comparison, Daniels was a much less-tenured manager. And yet, his departure spells rising uncertainties at Facebook’s WhatsApp division. Daniels had led the WhatsApp app since last May. He was originally tasked to succeed the messaging app’s co-founder Jan Koum, who reportedly left the company out of disagreement with Zuckerberg’s leadership.

“As Mark has outlined, we are turning a new page in our product direction, focused on an encrypted, interoperable, messaging network,” Cox wrote in a goodbye post on his Facebook profile. “This will be a big project and we will need leaders who are excited to see the new direction through.”

For now, however, outside observers are more concerned about the demoralizing effect these high-profile exits could have on Facebook’s remaining management team.

“A Negative Network Effect suggests that departures will continue,” Martin wrote. “And since we believe that people are a key competitive advantage of FAANG companies, this implies accelerating value destruction until senior executive turnover ends.”

“While we think Facebook has a significant pool of talent to operate the business, and Cox’s departure has been considered for some time given long tenure, the timing raises some concern around internal dissension on Zuckerberg’s vision for Facebook,” wrote Justin Post of Bank of America Merrill Lynch, who also reduced Facebook’s target share price on Monday.

“While we continue to think estimates have been de-risked in 2019, the revenue impact of a more privacy-centric platform could raise questions on three-year growth,” Post added. 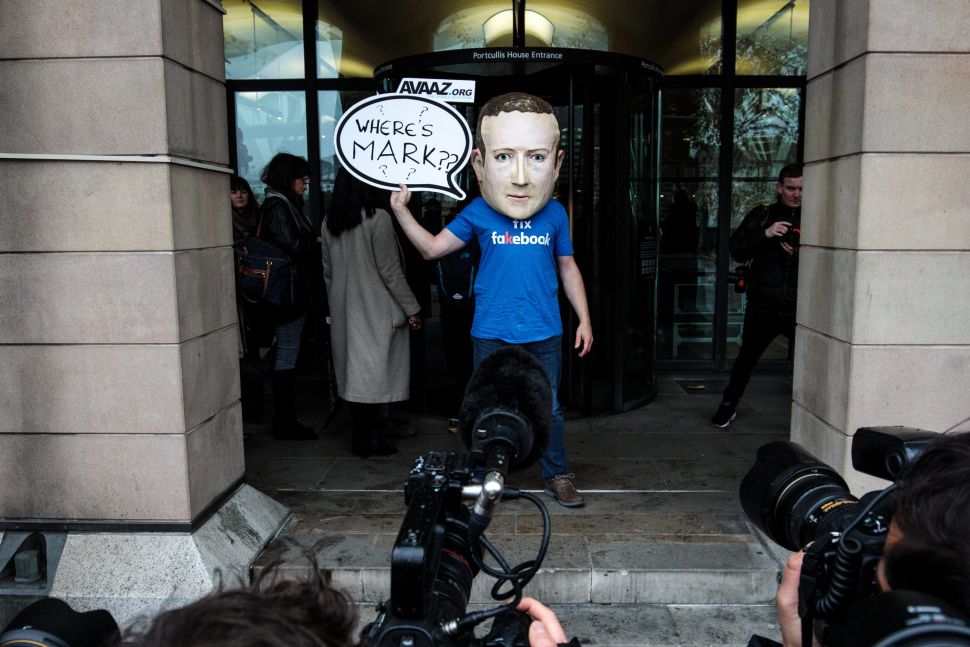