To most late-stage Millennials and Generation Z, CDs and DVDs are probably things that only exist in history books. Over the past 10 years, the business model of most art forms has completed the transition from one-time purchases of specific content to internet-based subscriptions.

There’s Netflix for TV shows and movies, Spotify for music and even Amazon for (audio) books. But one category has been strangely missing from this decade-long digital revolution: fine art—paintings and drawings that hang silently yet communicate emotions and thoughts in a way you simply can’t find anywhere else. Today, in most places and for most people, to own or experience a piece of fine art, your only two options are either visiting a museum or buying one of those $10 posters or cheaply made replicas.

But now, one company from the unjustly small genre of art startups named Meural has a lucrative offering for fine art lovers: For just $49.95 a year, or $6 a month, you can own $3 billion worth of artwork—both museum-grade classics and contemporary masterpieces—and hang any one piece on you living room wall anytime for however long you want.

Sure, by the numbers alone, Meural’s deal sounds incredibly better than Spotify or Netflix. But to make use of it, you do need to put down an upstart investment to own a Meural smart art frame, priced at between $595 and $695.

For established subscription services like music and TV shows, consumers can easily make a purchase decision by comparing how much they would normally spend on CDs and/or DVD rentals each month against the monthly fees charged by streaming platforms. But whether Meural’s art subscription is worth the money really depends on your subjective valuation of the artwork they have—after all, they’re not originals, albeit they are super high quality digital dupes powered by cutting-edge screen technology.

“We looked at auction results over the past 18 months, and then we cross-referenced our library with some of the artists and specific pieces that had been sold over that period of time, such as Modigliani, Van Gogh, Monet, Winslow Homer, Chagall. And then we multiplied these two numbers, and it’s around $3 billion,” Meural co-founder Vlad Vukicevic explained to Observer.

“We can say $3 billion comfortably—it’s probably a lot more if you start digging, because we have over 30,000 artworks in the library, and a lot of them are classics. I mean, how would you price the Mona Lisa? You can’t,” he added.

Meural, founded in New York in 2014, sold its first smart frame in 2015 and launched its content membership program two years later. About 70 percent of its art frame owners currently are subscribed members, the company said. As of today, in addition to annual and monthly plans, members can also purchase individual pieces from the Meural art library.

While it all sounded like a bold experiment to test the yet-to-be disrupted art market and it will take time to see whether it’s the kind of disruption art truly needed, to Meural, subscription was an inevitable choice as its founders pondered long-term growth and profitability.

“Early on we bundled everything together [device and art content], but as we started getting more and more art on the platform, we realized that the economics don’t work unless there’s actual money associated with paying for the art, not just the hardware itself,” said Vukicevic. “I think it’s really important that there’s a constant relationship with the customer. Our goal is to make a product that you put on your wall, and it gains value because you’re adding art to it and interact with it.”

“Selling hardware is entering its twilight zone. If you’re going to sell a physical product, you have to sell something else attached to it, whether it’s service or content,” added Jerry Hu, Meural’s other co-founder.

Meural was acquired by networking company Netgear in September 2018. 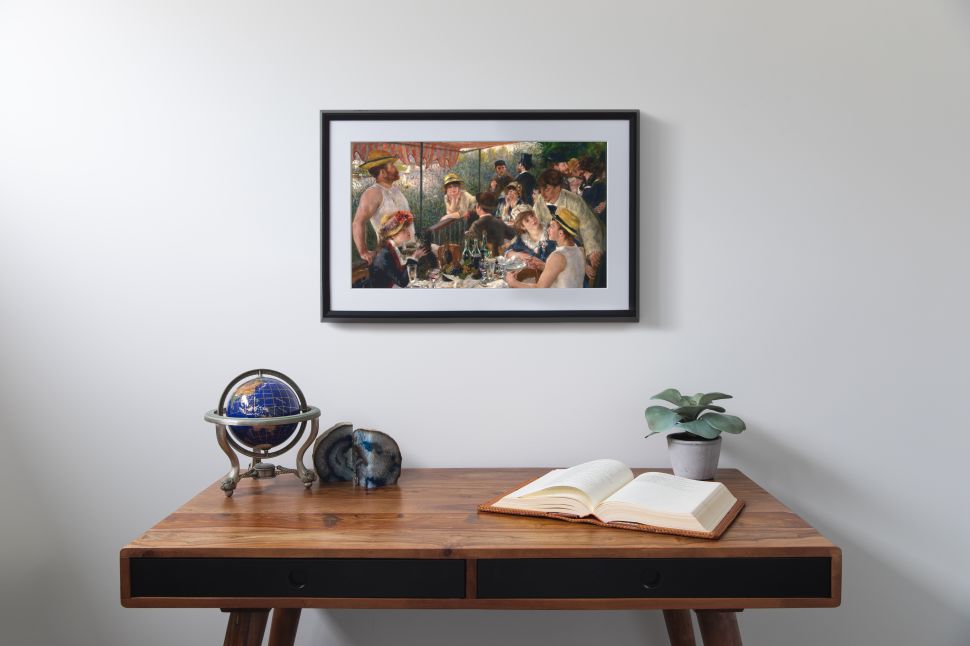