One common complaint against recent installments of Game of Thrones, and notably a few key episodes in the show’s seventh season, is that the internal logic that dictated the series early on seemed to have fallen by the wayside. Unlike other entries in the fantasy genre, Game of Thrones always prided itself on its grounded approach to other-worldliness. Even mundane narrative choices, such as the passage of time, were treated with realistic restraint.

But season seven’s penultimate episode, “Beyond the Wall,” brought the angst of fans to the forefront with temporal gymnastics meant to serve plot convenience, as opposed to the other way around. While this isn’t completely foreign to GoT—season one featured Catelyn Stark traveling from Winterfell to King’s Landing in one scene, but culminated in her important capture of Tyrion Lannister—it didn’t feel as if there was enough quality story to justify such a leap. Other instances served as major catalysts, whereas last season’s truncated happenings felt like the easy choice.

“We made a choice to ‘just get on with it’ last season,” co-executive producer and writer Bryan Cogman told Entertainment Weekly. Fellow writer Dave Hill, who joined the series in season five, echoed the sentiment. “With all the things we were balancing to set things up for season eight, sometimes we had to speed things up within episodes. We had a lot of time cuts the vast majority of viewers didn’t catch. We could have a [title card] on there saying ‘Three Weeks Later,’ but we did not. Sometimes when moving pieces around, you’re going to cheat a little bit,” he said.

Fortunately, it sounds as if Game of Thrones will revert back to its initial approach despite having just six episodes to go. “[For season 8], we tried to keep more of the time logic rather than jet packs,” Hill explained.

Game of Thrones will premiere its eighth and final season on HBO April 14. 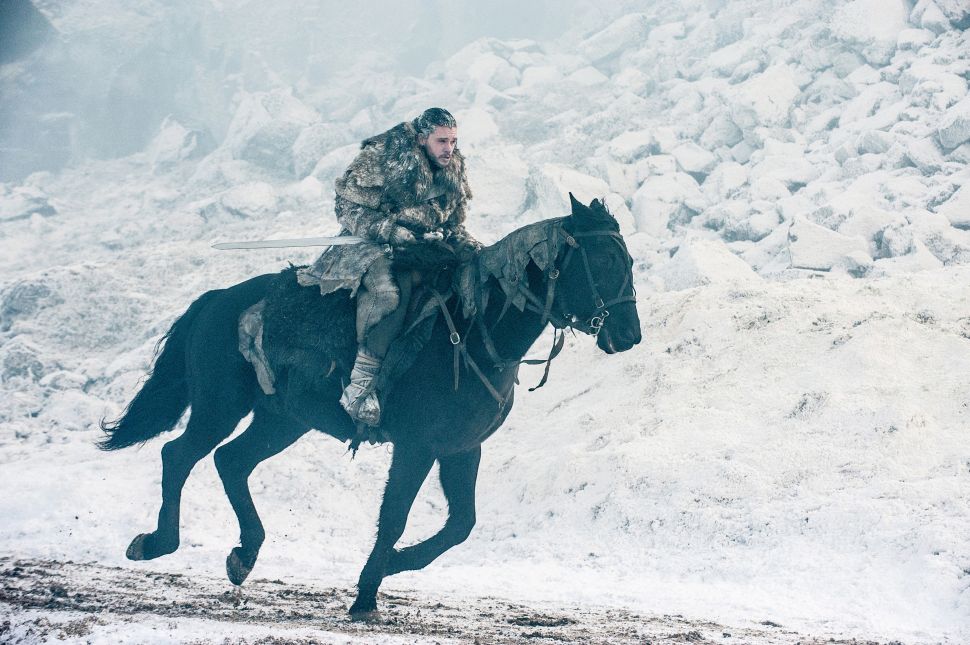