“When you do your own thing, it’s make or break,” says a dancer at the beginning of Gaspar Noé’s phantasmagorical dance-off, Climax. Talk about an understatement: the 55-year-old Argentine director has been doing his own thing in France ever since his 1991 short film Carne and its 1998 follow-up I Stand Alone depicted the unholy world of an incestual pedophilic horse butcher. He’s been making and breaking audiences ever since.

This is a filmmaker who scandalized the Cannes Film Festival when the centerpiece of his 2002 revenge thriller Irreversible featured Monica Bellucci in a 10-minute, single-shot rape scene. He used a drug overdose to kill off the main character of 2009’s Enter the Void so he could show the rest of the movie from the perspective of a Buddhist ghost. And while 3-D technology inspired James Cameron to make the mega-grossing space fantasy Avatar and Martin Scorsese to direct his first kid’s film, Hugo, Noé used it in 2015 to make a porno called Love. (Cue the puns about eye-popping objects “coming at ya”—and, yes, there’s an obligatory ejaculation shot.)

“I don’t think of my movies as provocative,” Noé told Observer during an interview at Cannes last May, the day after Climax made its world premiere. “I really disliked promoting Love in America. Critics asked me, ‘Why did you need to show a dick in your movie?’ Hey! What are we talking about? You can show weapons everywhere, but the penis is the face of the devil in Anglo-Saxon culture. Sex isn’t only about the relationship, it’s about the passion. But it’s not the center of all dangers. It’s sex.”

Noé has an easy, infectious laugh, and sitting beachside at the café in the Plage de la Quinzaine, you wouldn’t necessarily think the genial filmmaker was responsible for so many sudden bursts of cinematic violence. Then again, the mustachioed man with the shaved head does have a quiet intensity about him. “Hey! A movie’s a movie. If you seek to provoke, you go to a bar and you smash a bottle on someone’s head. When you make a movie, you’re just having fun with the audience.”

Fun isn’t a word associated with Noé’s films, but Climax may change that (the first half, anyway). The movie, a party-all-night roundelay that toggles among 21 big-personality dancers, has a wisp of a plot concerning the members of a dance troupe in the dead of winter. About to go on tour, they throw a party after their last day of rehearsals at a remote, abandoned school. Someone spikes a bowl of sangria with LSD, and all the dancers slowly lose their mind to Daft Punk, Giorgio Moroder, Gary Numan, Aphex Twin and M/A/R/R/S over the course of a harrowing evening.

Noé claims to have loosely based Climax on an alleged incident from the winter of 1996, in which a bunch of revelers in France unwittingly took LSD and temporarily went crazy. Yes, the sensationalist self-destruction is pure Noé, but Climax is really a vehicle for the audacious auteur to explore dance on film. “I went to see some voguing ballrooms and krump battles, and I was hypnotized by their body language,” he said. “These guys, who are usually very poor, become stars onstage once a month in a ballroom or in a battle.”

The filmmakers combed the Paris region, as well as the internet, to find the right mix of waackers, krumpers and electro dancers for their impromptu troupe. “We were really worried about how these different dancing types would work together,” he said. “Many of them were gay, many were straight. But at the end they were all so fascinated by what they did that they became a real family. There was not one single argument or fight in the whole shooting.” The difference in his filmmaking is palpable. The characters are frisky, playful and sassy. Unlike his other films, where brooding tends to be the norm, Climax is a spunky reverie of infectious energy.

The movie opens with a jaw-dropping eight-minute single take (Noé himself operated the crane movements and did most of the film’s camerawork), and features all 21 dancers performing in sync, breaking off into smaller groups, soloing, contorting, and then reforming while a vinyl-spinning D.J. blasts techno music. It’s an entrancing sequence: tight, kinetic, undulating eruptions of exhilarating musical calisthenics.

“We shot very quickly, in 15 days,” said the director. “We had three days to rehearse with 15 dancers out of 21. And then six of them just arrived on Monday morning! We’re shooting in the afternoon, and we shot like 17 takes and the one we used was number 16.”

Noé worked off of a one-page outline, never had a script, and made the cast improvise their lines. And not only do they perform explosively entertaining choreography, they also deliver ridiculously braggadocious conversations of sexual—and pansexual—prowess. “Most of the time we just said, ‘Oh, the camera’s going to roll for 30 minutes, just be as funny as you can or as sad as you can, and restart,’” said Noé. “At the beginning, they were like, ‘What the fuck is going on?’ But it’s very true, they’re using their own vocabulary.”

Climax is a strange mix of delirious celebration and mind-shattering nihilism. “God is with us!” yells one person early in the film. “It’s a nightmare!” screams someone else towards the end. And Noé, as with his previous films, punctuates the action with occasional copy cards that carry messages of arguably shallow but reliably trippy profundity. DEATH IS AN EXTRAORDINARY EXPERIENCE, one reads. LIFE IS A COLLECTIVE IMPOSSIBILITY, another one declares. “Just because you put a sentence on screen doesn’t mean that the director believes it,” Noé said with a smile. “It’s just to create a mood in the movie. ‘Hey!’ It’s not a personal statement.” Party on. 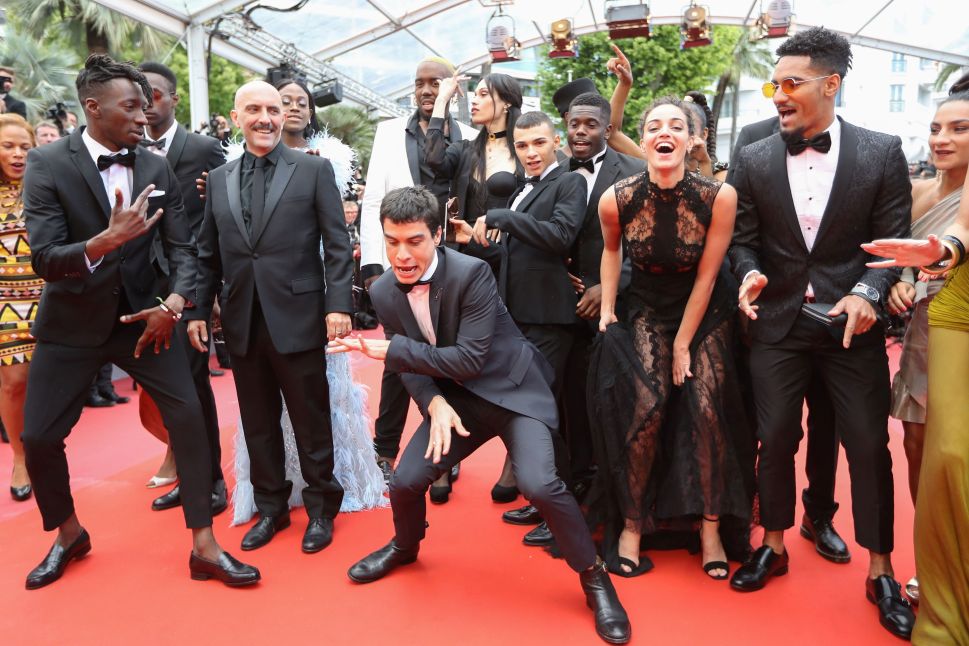