Everyone in New Jersey and New York knows that the new tunnel called the Gateway Project is an economic necessity. Everyone, that is, except President Donald Trump and maybe former Governor Chris Christie.

While running for president, Trump promised that his administration would make “the biggest and boldest infrastructure investment in American history.” But politics gets in the way for this formerly savvy real estate mogul who is now more interested in punishing Senate Minority Leader Chuck Schumer than in doing the right thing. It is particularly ironic given that the New York Metropolitan area is where he made his fortune.

“If the president is serious about bipartisanship and infrastructure, this would be one of the greatest examples of that possibility,” New Jersey Senator Bob Menendez recently said.

Despite comments last month that he was “open” to funding the Gateway Project, Trump’s recently released 2020 budget proposal included no funding to address the deteriorating train tunnels that link Penn Station and New Jersey, or for the Portal Bridge. Moreover, a report by the Federal Transit Administration, which evaluates local public transit projects, characterized the Gateway Project as “medium-low” priority.

Of course, this isn’t the first time that politics has doomed efforts to restore the crumbling infrastructure. In 2010, former Gov. Christie decided to cancel construction of a tunnel under the Hudson River, known then as the ARC project, which the federal government had agreed to help fund.

This time around, the White House is standing in the way of the Gateway Project, as Trump refuses to give it the green light. According to reports, he has told Schumer that he won’t approve the project until he secures funding for his wall on the border with Mexico.

In addition to punishing his Democratic critics, Trump is also making it more difficult for Christie to erase his epic blunder. While Christie hasn’t gone so far as admitting that he was wrong in cancelling the ARC project, he does support the latest iteration and has called on the federal government to help fund it.

The infrastructure project is even more urgent today. “No question, this is the most desperately needed infrastructure effort in the country,” Marcia Hale, president of the bipartisan Building America’s Future, told POLITICO. “It’s crazy that it isn’t happening.”

While the tunnels connecting New Jersey and Penn Station aren’t expected to suffer a catastrophic collapse anytime soon, they are deteriorating due to damage from Superstorm Sandy. If new tunnels aren’t built, there is no guarantee how long the existing 100-year-old tunnels will be able to continue functioning safely.

Unfortunately, closing even one of the tunnels for a short period of time will lead to chaos for commuters and for commerce that depends on the rails. Each day, approximately 200,000 commuters rely on Amtrak and NJ Transit trains that use the failing tunnels. Experts project that peak train service would be reduced to 75 percent if one of the two tunnels must be shut down.

Despite assertions that the project is purely “local,” the impact of a tunnel closure would also be felt well outside New York and New Jersey. Amtrak’s Boston-to-Washington Northeast Corridor connects an integral region of the country that provides 20 percent of America’s gross domestic product. Without the rails, the U.S. economy would lose $16 billion over four years, according to a report by the Regional Plan Association.

Numerous reports and projections about what will happen have yet to sway the Trump administration. New Jersey Governor Phil Murphy, Senator Bob Menendez (D-N.J.), Senator Cory Booker (D-N.J.), Senator Kirsten Gillibrand (D-N.Y.) and Senator Chuck Schumer (D-N.Y.) have made the Gateway Tunnel their top infrastructure priority.  Hopefully, it won’t take a crisis to break the political stalemate and turn the Gateway Project into a reality. 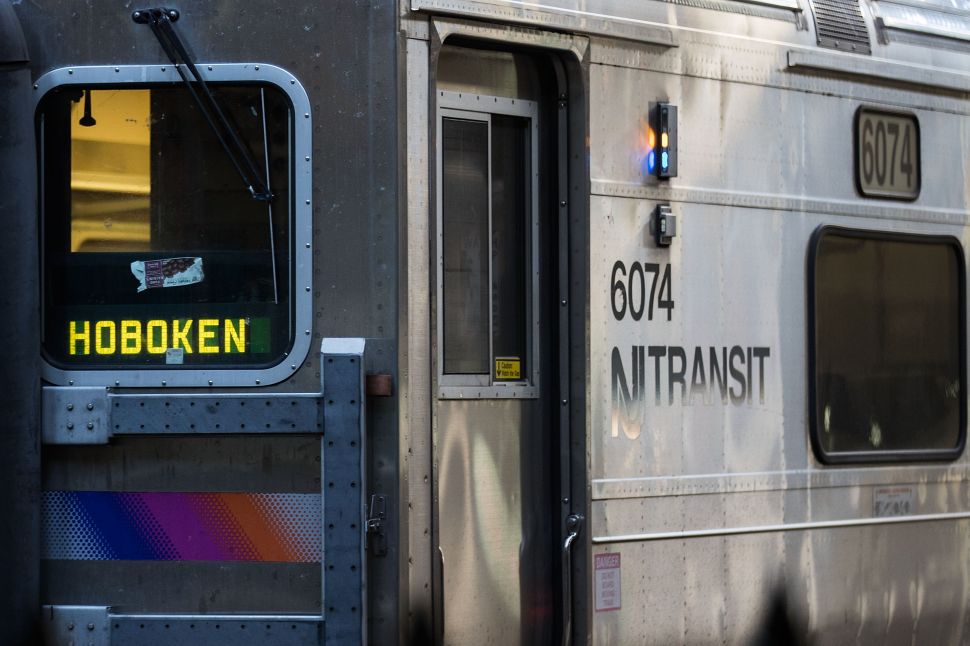