An attempt to smuggle an ancient carved stone into Britain was foiled by a simple Google search. This month, that very piece will be repatriated to the country from which it was stolen. The customs officer on duty at Heathrow, who reviewed the item in 2012, thought the claim was suspicious. The smuggler wrote on a customs declaration form that they were traveling with a “carved stone for home decoration” valued at “300,” with no currency given. Indeed, it is a carved stone, but it turned out to be an extremely rare and valuable Babylonian kudurru, which was an official document recording a gift of property made by the king. As The Guardian first reported, a Google search by the Customs officer led him to the British Museum’s online collection, where he discovered similar objects, and confirmed that the object might be of great value. What started as a web search has led to the item finally being repatriated to Iraq. It will be returned this month. Presumably once in the U.K., it would have been sold—and maybe even quite out in the open.

“This kudurru has been neither previously recorded nor published, and must therefore come from illicit digging…” a British Museum curator told The Guardian. That is a very important point that trends against how the art trade tends to behave. A lack of provenance (the documented history of an object) may be taken as a red flag for conscientious collectors and dealers, but too often it is considered par for the course. The rationalization goes something like this: Just because there is no provenance does not mean that the object is illicit. The British Museum curator’s point went the other way round: Unless one can find documented evidence that the piece is legitimate we must presume that it is not.

To avoid inadvertently selling looted or stolen objects (and being liable for doing so), art fairs and galleries must prove due diligence. To do this, they will check their offerings against stolen art databases. Larger companies will pay private firms to check against their respective, private databases—the largest such firm has around half a million stolen objects on file, which sounds like a lot, but Italy’s Carabinieri Division for the Protection of Cultural Heritage runs its own database, nicknamed Leonardo, that has over 5 million. There are scores of databases at firms and agencies the world over. They vary in size and content and are each treated as private knowledge, to be hired out and not shared.

There are some problems with this current default method of covering due diligence. First is that checking an object, say a Babylonian kudurru, against the database and not finding a match does not mean that the object is legitimate and was not looted or stolen. It simply means that, of the X number of items in the database in question, there was no match. Or the software did not find one (for objects are sometimes altered to evade such image-recognition software).

However, failure to find a match on a database check is enough for the trader to consider that they’ve done their part, and can go ahead and sell the object. Cultural heritage illegally excavated, fresh from the earth, will of course never appear on a database, because it will not have been seen by modern humans. Databases are good at covering objects registered in collections, or already listed as stolen, but not very helpful with anything else.

But they could be, and it’s why some of us in the industry have two modest proposals, though they currently remain solely in the realm of theory. The first is that the divisive nature of many different, private, imperfect databases (sometimes run by rival organizations) is inherently problematic. A single, universal database would be best for all, but the nature of ego and bureaucracy means this is unlikely to happen. Making such a database public, available not just through specialized firms or to law enforcement but to dealers and, most importantly, potential buyers of such art, would be a democratizing step in the right direction. Think of it as sort of a “Google Loot Project,” in which you could photograph an object for sale with your phone and receive a message as to whether it is likely to be problematic.

There is one further step, and it is the best way to curb looting and the various bad things it often funds, from organized crime to terrorism. As the British Museum curator insinuated, if the industry were to agree that unless there is overt evidence that an object was legally excavated, exported and is not stolen then it cannot be sold, the vast majority of art crime would run into a wall. The unfortunate fact is that this would reduce the bottom line for many dealers, and without strong and international legislation backing it up, it’s unlikely to happen.

So perhaps the Google Loot Project idea is more feasible—unify the stolen art databases. When an item is being searched, it should be subject to information from resources like the International Council of Museums’ “red lists,” in which types of objects known to be circulating illegally from various at-risk countries are indicated. This would mean that objects that could be looted, not just direct matches, will be flagged.

A resource like this could make it far easier for everyone to check to see if cultural heritage is likely legitimate, therefore make it tougher for anyone to claim that they were fooled if they did indeed go ahead and acquire a problematic object. The Latin term, caveat emptor, “buyer beware,” is most often used as a warning against purchasing forgeries, but it is just as applicable here, where the market is scattered with looted and stolen goods that its current defenses are not sufficient to protect against.

Dr Noah Charney is the founder of ARCA, the Association for Research into Crimes against Art.

Update: An earlier version of this story incorrectly dated the interception of the stolen item at Heathrow to 2019. It was seized in 2012, but will be repatriated in 2019. 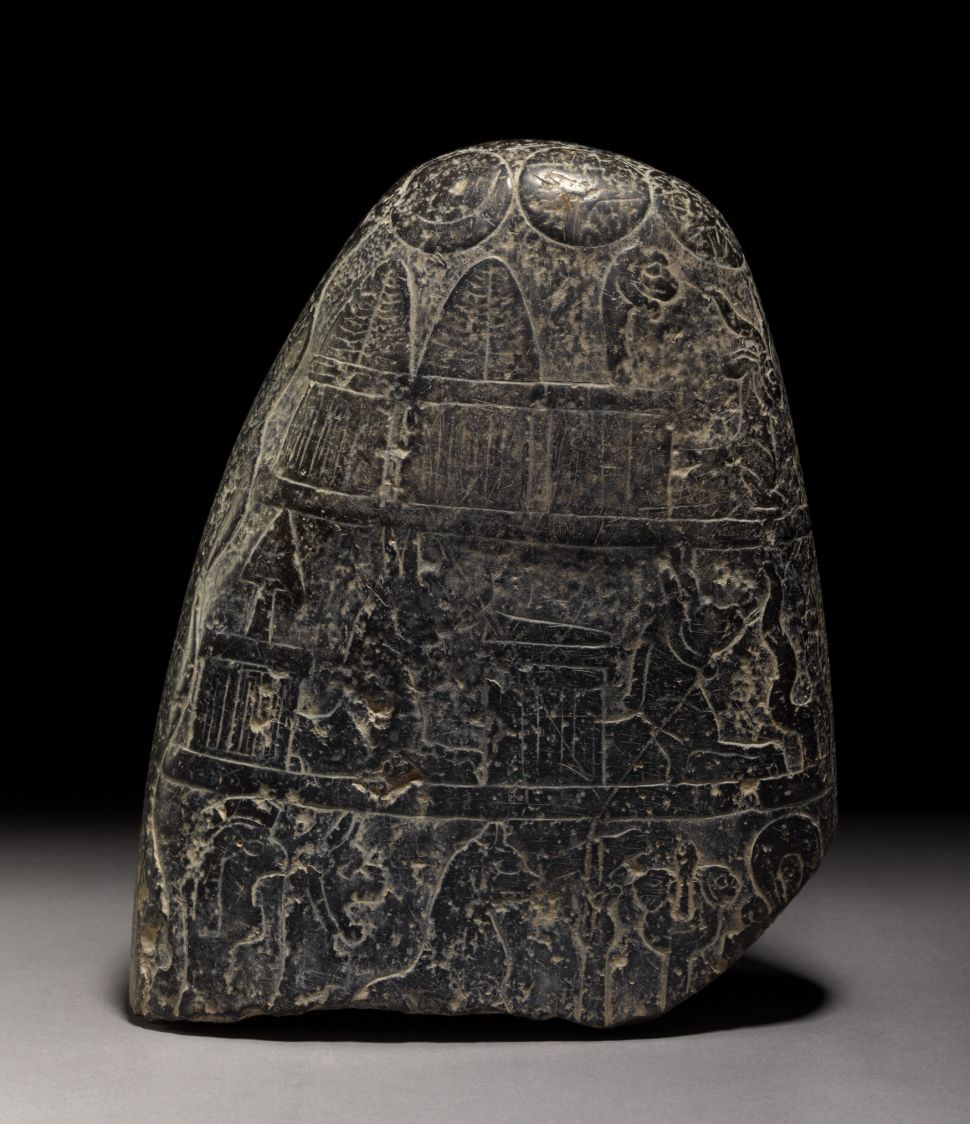