It hasn’t been such a seamless quarter for GrubHub.

The parent company to apps like Eat24 and Seamless has reportedly seen its shares drop in the past months. GrubHub Inc. shares sank nearly eight percent following a report by analysts at KeyBanc Capital Market on Tuesday.

In their assessment of the food delivery company’s recent business, KeyBanc concluded that “diner retention, initial diner spend and peak diner spend all appear to be deteriorating.”

GrubHub did not return Observer’s request for comment on the report.

It’s no surprise that GrubHub, which owns one of the oldest delivery services around (Seamless), would have a difficult time continuing to compete for new customers with vastly-funded new ventures by Uber and DoorDash. The two services have received millions in venture capital by Japanese conglomerate SoftBank, prompting them to take major shares of the delivery apps. Last year, SoftBank invested a whopping $535 million in DoorDash to help the app expand.

The San Francisco-based DoorDash has grown substantially within the past year, with the KeyBanc report claiming that the company’s “share gains began accelerating in 2Q18 and show little sign of slowing.”

Furthermore, with Uber’s looming initial public offering on the horizon, the rideshare app has been aggressively promoting its subsidiary services, namely UberEats, to its existing customer base (AKA riders). Similarly, Postmates’ expected IPO also puts it in direct competition with GrubHub for meal-ordering customers.

The report also notes that with emerging competitors, many diners are choosing to use different delivery apps instead of being loyal to just one. This could also be attributed to promotional codes or restaurant availability that Uber and DoorDash may be offering that say, Seamless doesn’t.

It’s also expected that as competition within this category subsides, services will begin to see a more leveled share of its customer base. 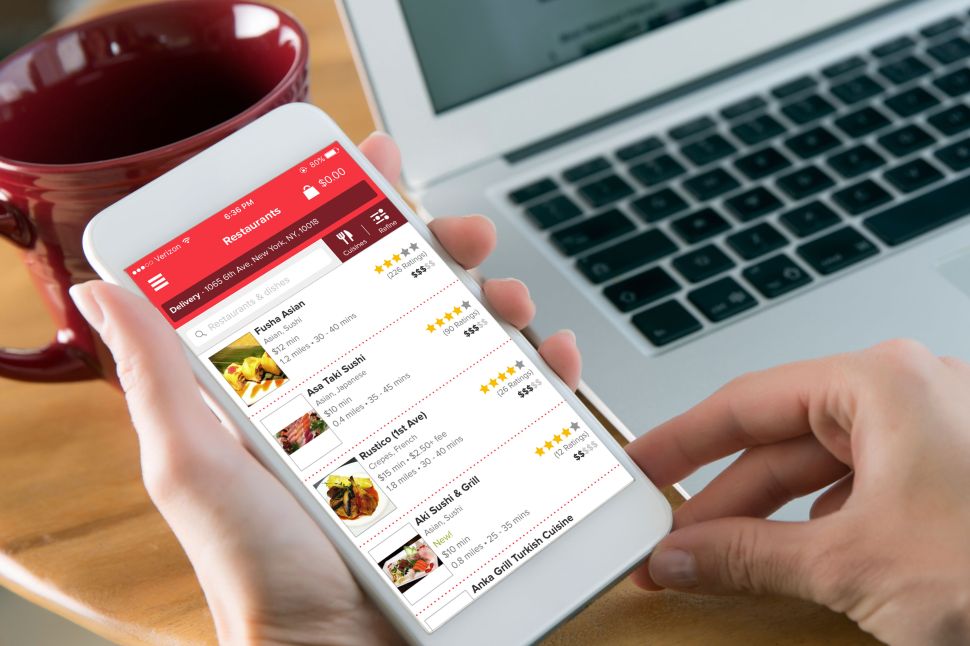