When celebrities make radical changes to their careers, it’s rarely seamless. The very famous, always under scrutiny, are traditionally met with skepticism and probing questions about just how knowledgable they are about their new ventures. One understandable and human response to this pressure would be to overcompensate, and this reaction might very well be on display in a fresh New York Times interview with Gwyneth Paltrow.

Goop CEO Paltrow is no novice to the entrepreneurial e-retail space, and as the leader of a company worth $250 million she has more than earned the right to assert herself as an innovator, because, honestly, she is one. Nevertheless, a reader can’t help but get the impression that Paltrow is hell-bent on convincing the public she’s always had dormant corporate instincts, so much so that she’s willing to ascribe her Hollywood success to untapped business acumen. “I was masquerading as an actor,” she announces at one point.

This determined retrofitting of the past is all over the story. When writer David Gelles asks Paltrow what it was like to grow up around show business (her parents are producer Bruce Paltrow, who died in 2002, and actress Blythe Danner), she explains that she wanted to follow in her mother’s footsteps. “Acting is a very entrepreneurial career,” she says. “You have to sort of connect to that level of self-belief that entrepreneurs have to have. This abject, sometimes naïve, occasionally stupid amount of self-belief.”

Next, she responds to a question about her origins as an actor by answering that her “first purview of management was on set,” and that as a woman in a male-dominated industry, she “could bring femininity and temper [to] some of the male stuff,” a skill she says she’s since brought to Goop.

Paltrow’s perception of femininity as a comforting, stabilizing force is a traditional one, and she doubles down on this definition later on. It gets weird.

“When a start-up starts, it’s full of feminine energy, even if it’s an all-male start-up,” she says. “Right? Because it’s collaborative, it’s emotional, it’s passionate, it’s instinctual. Those are all feminine qualities. And then as it scales, you have to put some rules in place. And so that’s where the masculine comes in. And you have compliance and H.R. and all these things that are putting structure to the business, which is super important.”

So, according to Paltrow, “feminine” qualities include being emotion-driven and operating on instinct, while “masculine” energy is required to establish regulatory parameters and develop a truly functioning company. In other words, without the influence of “the masculine,” women would just be running around in daisy fields, joining hands and weeping all day. Got it.

Gwyneth Paltrow can talk herself up all she wants, but, really, will she ever change? 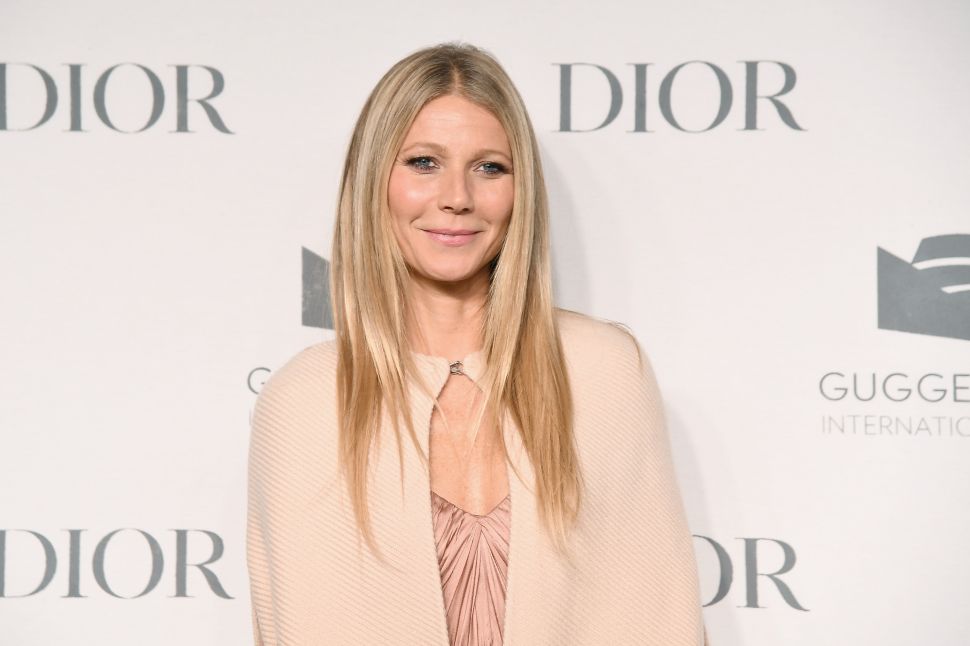