As an artist, Harmony Korine is a dying breed. For one, he’s an enigma in a pop-culture landscape that these days seems to lack them. Furthermore, his work isn’t immediately pleasing or propitiating some political representation in the arts. He isn’t easily categorizable as a filmmaker either. His instincts align him closer to international art-house fare, but his movies are definitively about America and its (mostly) hellish possibilities. At the same time, they have long been too idiosyncratic—too challenging to capture the rapt attention of a truly populist audience.

While the early cultural shock of Korine’s contemporaries like Quentin Tarantino has long faded, a rare taboo aroma still wafts from Korine’s first films, like Kids or Gummo. There’s something hush-hush about them—they’re the type of movies you only press “play” on late at night so no one catches you watching them. Roger Ebert defended Korine against critical scorn in a 1999 review of Julien Donkey-Boy, an unsettling portrait of a schizophrenic youth and his defective family. But Ebert also wondered if an audience existed for the movies Korine made. “There’s no longer a fascination with films that are difficult and experimental,” he lamented, a sentiment that feels even truer now than it did then.

Which brings us to how strange this newfound embrace of Korine has been. A director who practically sought to inspire equal parts revile and retching in viewers early on—Gummo and Julien Donkey-Boy “were carnivals of the unhappy, unseemly and unsightly,” Wesley Morris once wrote in The Boston Globe—is now every hipster film fan’s problematic fave. His latest offering, The Beach Bum, an orgiastic, PBR-drenched vapor trail of Florida Man exaltation and mischief, should only amplify the fresh adoration catalyzed by 2012’s Spring Breakers, Korine’s biggest commercial success to date.

“A lot of the love for the films that come now wasn’t there in the very beginning,” Korine confessed in an episode of Viceland’s Epicly Later’d. “They were much more greeted with confrontation and venom,” he added with a snicker.

You can’t completely blame folks for their reaction. Korine seemed hell-bent on digging up humanity’s ugliest impulses and shoving them in people’s faces. He was working within America’s first tidal wave of PC culture, important context for understanding why it was easy to dismiss him as a shock artist, a man-child troll playing auteur. Whereas Kids—which is sometimes called a Korine film even though he only wrote the screenplay—could be justified in how it raised awareness of the inner lives of street kids and the HIV/AIDS epidemic by high-minded critics, his 1997 directorial debut, Gummo, gleefully lacks any such social or enlightening underpinnings.

In fact, for a certain generation, Gummo counted as “baby’s first fucked-up movie” (other contenders include Trainspotting and Requiem for a Dream). A helter-skelter series of vignettes that depicts Rust Belt Americans hurtling maniacally into self-obliterative tendencies, Gummo is a tough hang. I’d be content never watching it again, despite finding it to be, in spurts, rather instructive. (Seeing cat-killing Tummler wearing a bright red trucker hat, missing only the MAGA lettering to complete his costume, made me gasp on a recent viewing.) Gus Van Sant effusively commended the movie upon release, but New York Times critic Janet Maslin, who rarely played the mean-spirited crank, memorably called it “the worst film of the year” in the very first sentence of her review.

And really, who could fault Maslin? Being turned off by a movie that appears seriously interested in turning you off (appears being a key word here) is the fault of the filmmaker, not the audience. If I had one criticism of Korine, it’s that he’s often too engrossed in image-making to contend with storytelling fundamentals. Sometimes, he tries to undermine structure and expectations a bit too much.

But in the same breath I’d mention that those images are often so striking, so rife with mood and meaning, they can linger in my head for weeks: drunk rednecks wrestling a kitchen chair; nuns on bicycles threshing through the sky; gun-toting, ski-mask-wearing, bikini-clad bombshells bouncing down a neon-pink boardwalk. Over the past 20 years, he’s one of a handful of American directors who—when it’s working, which isn’t always—can reach sublime heights only available to cinema’s most singular visionaries. It’s why Ebert, in that same Julien Donkey-Boy review, wrote that Korine “belongs on the list with Godard, Cassavetes, Herzog, Warhol, Tarkovsky, Brakhage and others who smash conventional movies and reassemble the pieces.”

Losing himself in drugs and a self-described “black hole” halted Korine’s career for almost a decade. When he reemerged with 2007’s Mister Lonely, about a Michael Jackson street performer who moves to a commune full of other celebrity impersonators, he suddenly wasn’t so caustic. The movie features the most poetic writing and shots of Korine’s career, with a new type of provocation at its core—one of faith and longing where surfaces have substance.

Yet in its unyielding acts about devotion, it demands more patience from audiences than any other Korine film (which is pretty bananas when you think about it!). Moviegoers passed upon its release, and unlike the director’s other works, there’s nothing cult or ironically kitschy about loving it. (Personally, I think it’s slept on.) Korine tried a back-to-experimental-basics approach with his 2009 follow-up, Trash Humpers, about a geriatric crew that pleasures itself with waste. Lo-fi and harsh, it wasn’t exactly saying anything new. Hidden within you’ll find a startling compassion for these characters, but it sure takes a lot of garbage fucking to get there.

Part of the power in Korine’s earlier expressions, whether writing Kids or directing Gummo, was how he infused a lived-in authenticity into the work. He based the Kids characters on his social circle of skater friends, some of whom played themselves. He cast a girl with Down syndrome in Gummo and shot in slums that were so run-down, his crew revolted and almost quit. It was all quasi-documentary, a blurring of the line between fiction and facts.

But by the late 2000s, the internet had asserted itself as a dominant cultural force, and anything perverted was now only a click away. So was access to any overlooked community, like the ones Korine tended to make movies about, thanks to burgeoning social media platforms. The artistic reinvention he made this decade from fringe, indie wunderkind into smirking mainstream troubadour was sparked by technological constraints as much as anything else. It’s worth remembering that by the time we reached 2012’s beach-noir triumph Spring Breakers, he kind of had to change his approach or dare to vanish as a meaningful American artist.

So what’s so different about the Korine who made Spring Breakers, and now The Beach Bum, versus everything that came before? Well, he’s embraced celebrity in his art while eschewing the personal notoriety he once chased. Casting Selena Gomez or Matthew McConaughey in your picture will attract more attention than not—hardly a revelation, I know. He’s finally acknowledged the existence of the audience, adding frisky, entertaining notes to his movies where there were once very few. Also, he’s submitted himself to a structure, though one that’s a bit unexpected.

“The last couple films, I’ve been trying to make movies that are almost more about a kind of energy rather than like a continuity; as a more liquid narrative of something closer to music,” Korine recently told Vice when promoting The Beach Bum. “The last movie, Spring Breakers, was like a menacing pop song, with loops and repetitions. This one’s more like a weed smoke wafting—it’s like a darker Jimmy Buffett ballad.”

He’s a better, not a lesser, artist for all this. The Beach Bum, about a party-boy poet who’s more focused on capturing life than his art, might just be his masterpiece. It features cocaine-addicted parrots, beer cans served on silver platters and star-crossed lovers. At the epicenter of it all is Moondog (McConaughey), a hedonistic Odysseus—except instead of reaching home, the destination is the journey. Through Moondog, Korine is questioning if the dogged pursuit of art is worthwhile when the chase of life itself is the greatest art humanity will ever know.

It’s all rather circular, practically a contradiction, when you look closely enough. Then again, that’s classic Harmony Korine—the truth is closer to a lie, and nonsense is the best sense we have.

But what really happened with Korine, at this moment when critics and fans cherish all his antics instead of disdaining them, is the result of a type of ego death. Always comfortable playing the iconoclast, Korine turned all his wild energies on himself, first as a suggestion with Spring Breakers, then as a statement with The Beach Bum. He’s rejected all the pretension and seriousness that beset his previous work and persona in an era when it seems artists are rewarded more than ever for self-important behavior.

Korine didn’t care how you reacted to him before, but now he doesn’t care that he doesn’t care. Maybe, just maybe, the guy obsessed with dragging us through hell was reborn as someone with a little inner peace. 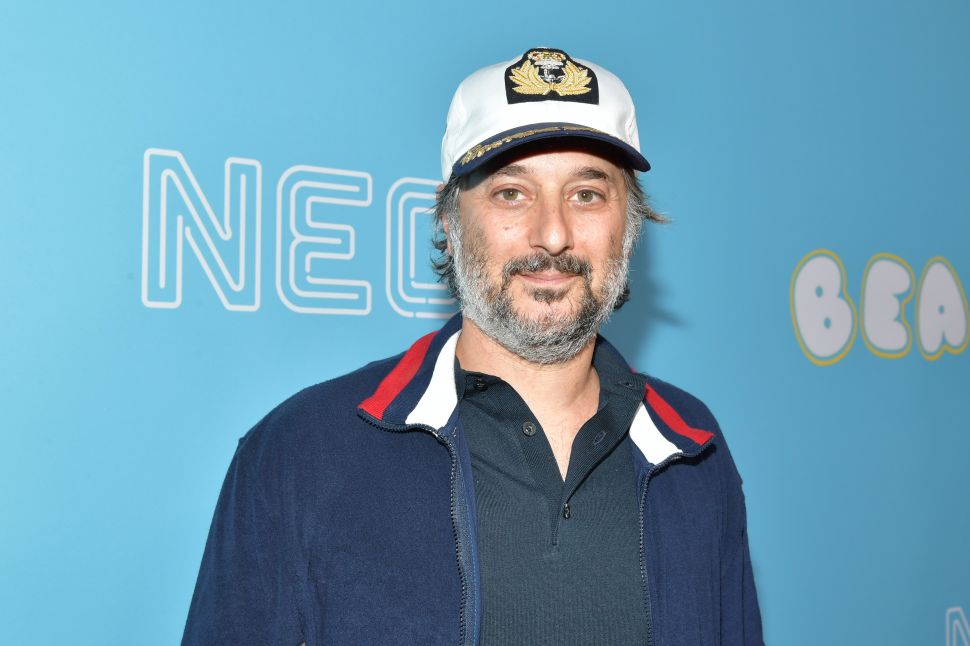