There are many good reasons to support hate crimes legislation. They enjoy public support and are backed by many in law enforcement and in prosecutor offices. Such laws have received bipartisan support from legislators from both political parties. States with hate crimes laws have fewer hate groups as well. But now there’s a new reason to back hate crimes bills and proposals to expand their protection: states with them have lower crime rates than states that don’t.

Ten years ago, Congress passed the Matthew Shepard and James Byrd Jr. Hate Crimes Prevention Act. Since then, a number of states have joined the U.S. government, passing their own laws on the statewide level. But some states still refuse to do so. These include Georgia, South Carolina, Arkansas, Indiana and Wyoming.

That could change, as the Georgia State House just passed a hate crimes bill by a 96-64 majority. If it clears the Georgia State Senate and Governor Brian Kemp, history will be made. Indiana and Charleston, South Carolina have also recently introduced such measures. Perhaps these states without a hate crimes law would change their minds if they saw the following crime data.

Using 2014 data from the Uniform Crime Reporting Statistics, the most recent year in the FBI’s data tool, we can see the following results. States that don’t have a hate crimes law have a violent crime rate average of 381.18 incidents per 100,000 residents. For those with a hate crimes law, that violent crime rate average drops to 342.76 incidents per 100,000.

As noted earlier, such hate crimes laws are backed by law enforcement. “The International Association of Chiefs of Police, the National Sheriffs’ Association, the former UCR Data Providers’ Advisory Policy Board (which is now part of the CJIS APB), the International Association of Directors of Law Enforcement Standards and Training, and the Association of State UCR Programs all have endorsed the UCR Program’s Hate Crime Statistics Program. In addition to this support, thousands of law enforcement agencies nationwide make crucial contributions to the program’s success as the officers within these agencies investigate offenses and report hate crimes when they determine the offenders’ actions were motivated by bias,” the FBI reports. A majority of State Attorneys General applauded the measure. And as Georgia House Republican Chuck Efstration noted, the Georgia bill is backed by district attorneys as well. He gets it, as he is a former prosecutor.

Speaking of Efstration, he was one of six-co-sponsors of the hate crimes bill that successfully passed the lower house of the Georgia General Assembly. These bill backers include three Republicans and three Democrats, men and women, African-Americans and whites. Georgia once had a hate crimes law back in 2000, but it was tossed out four years later for being too vague. Now, the Peach State hopes to prove it’s ready to take on hate crimes, and all crimes too.

As noted earlier, hate crimes laws are also popular with the public. Not long after a domestic terrorist killed 11 worshippers at a Jewish synagogue in Pittsburgh, 75 percent of respondents in a poll described it as “extremely important” for Congress to act against such hate crimes, a bigger number than those concerned about international terrorism.

Perhaps it’s because people realize you don’t have to be part of a religious minority, or a racial minority, or an ethnic minority, gender minority, or any kind of minority, to become a target. After killing his victims, the Pittsburgh terrorist had no problem shooting police officers. And hate groups like the Nation of Islam make the list, showing the perpetrators of such acts are clearly not limited to whites.

Nothing shows how threatened the majority of Americans are by the hate crimes from these domestic terrorists than the case of Charleston, South Carolina shooter Dylann Roof. He identified the rationale for his slaughter of nine African Americans in a church as designed to start a “race war.”  That would mean hundreds, if not thousands, of whites would be slaughtered in the ensuing conflagration he hoped to start, an event that mercifully never happened. Despite that massacre and acts that would lead to many more deaths for all races, South Carolina still couldn’t empower law enforcement to do more to protect the public.

If you are really up for supporting law enforcement, prosecutors, the public and taking a stand against domestic terrorists and crime in general, contact your elected officials and let them know how you feel. 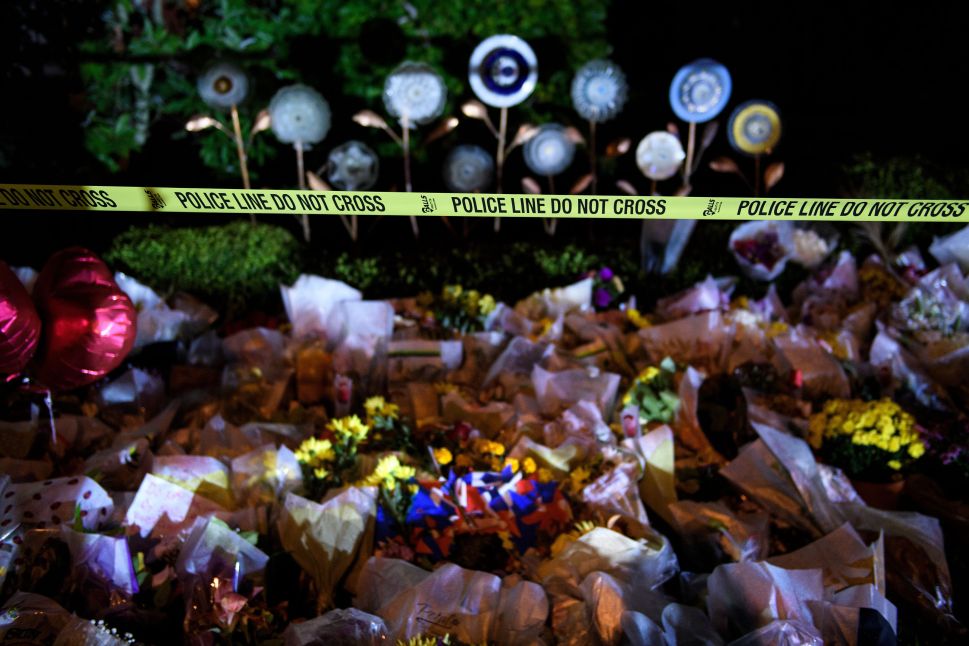