No doubt about it, the price of art keeps rising, but so too does the cost of buying art, at least at auction. In February, three of the top auction houses in the world—Christie’s, Phillips and Sotheby’s—all increased their buyers’ premium (the additional amounts that winning bidders find tacked onto their bills) by one percent for items fetching a hammer price of $4 million and up: From 12.5 to 13.5 percent at Christie’s, from 12.9 to 13.9 percent at Phillips and Sotheby’s.

In the art law and advisory field, many expect that the higher premiums could lead to lower hammer prices. Bidders are likely to be increasingly factoring in the premium into their overall costs, or trying to negotiate for discounts. Daniel S. Kokhba, a partner at the boutique New York City-based private practice Kokhba Law, said that “buyers will look to offset other expenses” by pushing the auction houses to pick up “incidental” costs, such as storage, framing, insurance, delivery, restoration and installation on what they purchase. And the buyers’ premium itself can be negotiated, he claimed, as auction houses retain the right to reduce the amount, generally, by between three and five percent, which they will do when they seek to “attract someone whom they don’t want to lose to a competitor or keep someone who has been a good client or someone with whom they haven’t done business with but want to.” (No one at Christie’s, Phillips or Sotheby’s would confirm that claim.)

Buyers’ premiums are not brand new, but the percentages keep rising: Before 2013, Christie’s, for instance, had been charging 25 percent on works bought under $50,000; 20 percent on anything between $50,001 to $1 million, and 12 percent on the rest. Auction houses also charge commissions to sellers, as well as other fees, allowing them to get paid after sales on both ends. “I have a client who will not buy at auction, because he objects to the buyers’ premium,” said New York art advisor Wendy Cromwell, which brings up a final option for prospective art buyers: Buy pieces from private dealers, commercial art galleries or from smaller or perhaps regional auction houses that may have similar material but not the steep costs.

Raising the levels of buyers’ premiums, according to Manhattan lawyer Judd Grossman, “reflects the fact that auction houses are looking to the buy side to make money or to make up losses.” The profit margins for objects in the lower price categories are not nearly as high, and auctioneers at many houses also are reducing or eliminating the price of commission as well as other fees to sellers in order to attract their business. This includes costs like photography, storage, insurance and promotion, and a percentage of the sale price (10 percent at Sotheby’s, up to 20 percent at smaller auction houses).

Thomas C. Danziger, a New York lawyer with many art collecting clients, claimed that higher auction buyers’ premiums require “buyers to be more disciplined in their bidding, factoring in how much additional” they will have to pay, perhaps resulting in lower bids. In that sense, higher buyers’ premiums may have an adverse effect on sellers who will earn less money. “At the end of the day, these sellers should be very worried about the increase in buyers’ premiums, because the incidence of the increase will fall on the sellers,” said Kathryn Graddy, dean of the Brandeis International Business School and a professor of economics at Brandeis University.

But not all believe this change to the premium will alter sales. Susan Duke Biederman, a New York City lawyer with numerous art collectors as clients, believes the higher rates will have “no effect on their behavior. They have to deal with the fact that this is a limited marketplace where there is only one of this, one of that.” Perhaps it ultimately depends on whether the purchase is being made by the head or the heart. 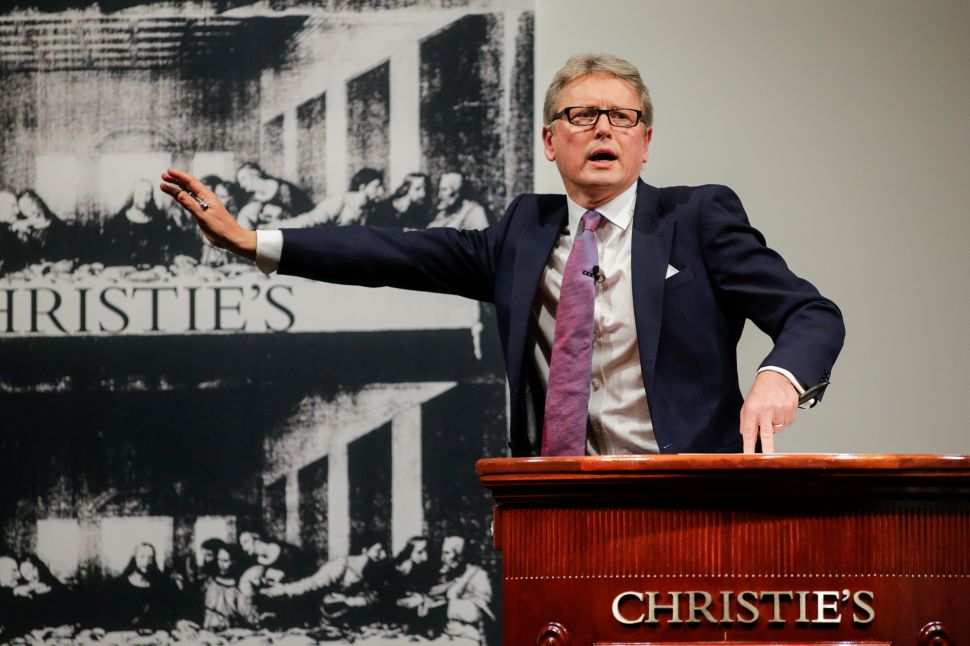