Hotel Mumbai, galvanizing and powerful in its deeply moving depiction of real people caught up in the unexpected November 2008 terrorist attacks on the posh Taj Mahal Palace hotel that claimed 30 lives in the political chaos of Mumbai—India’s financial capitol as well as its most modern and populous city—is one of the best films of its kind. There isn’t a single wasted frame in this movie, which is both richly detailed and economically direct in its emotional impact—all the more astounding for a first feature film. The director is Australia’s Anthony Maras, who wrote the riveting screenplay with John Collee, and the perfect cast includes Dev Patel, Armie Hammer and Jason Isaacs. The applause is justified.

Magnificently recreated with its opulence intact, the luxury hotel is a major character, and a symbol of India’s new contemporary elegance and architectural progress that enraged Lashkar-e-Taiba militants enough to protest the country’s modern prosperity by turning it into a death trap for four days.

The painstakingly researched movie plunges the viewer into a paralyzing grip of terror as uneducated, impoverished extremists slowly and quietly invaded the premises, hunting down guests and staff members from all stations of life, making everyone a target. Unsparing in its depiction of violence and carnage, the movie meets an even greater challenge showing the myriad of ways people from every class, culture and creed found the courage and strength to unite and join forces in order to survive.

Emphasizing the differences that inspired the attack, the film’s consummate screenplay, compiled from interviews with survivors and witnesses, gives the 10 terrorists declaring Jihad ample room to voice the reasons for their attack, as well as collating the human reactions of people inside the hotel who endured the trauma of victimization.

Among the many characters whose harrowing stories form the narrative, Hammer and Nazanin Boniadi (Homeland) are terrific as a desperate couple forced to make unimaginable sacrifices to save their infant son and nanny from death, and Patel adds another portrait to his gallery of screen characters as a kitchen worker who becomes an accidental hero.

But really, without exception, everyone is exemplary, helping the viewer to become a living part of the ordeal. The dialogue is delivered in nine languages, giving the film an even more compelling feeling of authenticity. The adrenaline flows immediately. Intense, hair-raising and deeply humane, Hotel Mumbai is a gripping, suspenseful achievement that overwhelms. You leave sated, with the rare feeling of having learned something about history and knowing you’ve been to one hell of a movie. 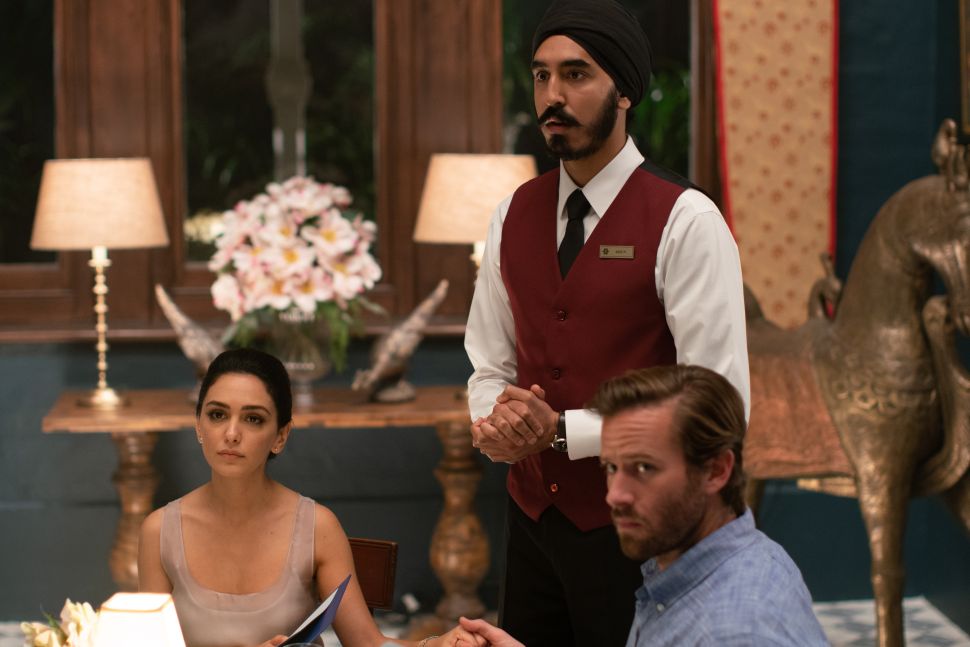