House Democrats on Thursday overwhelmingly voted to condemn bigotry and anti-Semitism following controversial remarks from freshman Congresswoman Ilhan Omar (D-Minn.) on the subject of Israel—despite disagreements over the specifics of the resolution.

While House Speaker Nancy Pelosi saw the vote as “an opportunity” to “declare as strongly as possible opposition to anti-Semitism, anti-Muslim statements;” other lawmakers said the resolution was too far-reaching and did not appropriately address the topic of anti-Semitism.

“We are having this debate because of the language one of our colleagues, language that suggests Jews like me who serve in the United States in Congress and whose father earned a purple heart fighting the Nazis in the Battle of the Bulge, that we are not loyal Americans,” Representative Ted Deutch (D-Fla.) said from the House floor on Thursday morning. “Why are we unable to singularly condemn anti-Semitism? Why can’t we call it anti-Semitism and show we’ve learned the lessons of history?”

In a closed door meeting on Wednesday, tensions boiled over between congressional newcomers and the old vanguard of the Democratic Party. According to The New York Times, Rep. Ayanna Pressley (D-Mass.) challenged Pelosi over why Omar was being singled out for her remarks—given President Donald Trump’s propensity for racially charged rhetoric.

“Islamophobia needs to be included” in the anti-Semitism resolution, Pressley told reporters after the meeting. “We need to denounce all forms of hate. There is no hierarchy of hurt.”

Following backlash from the Congressional Black Caucus and Progressive Caucus, a second resolution was adopted to condemn Islamophobia and white supremacy. Speaking with the Times, one Democratic aide described the measure as a “kitchen sink resolution,” in that it had to be carefully crafted with multiple parties in mind.

Last month, Omar tweeted that U.S. support for Israel was “all about the Benjamins baby.” After apologizing to her “Jewish allies and colleagues,” Omar doubled down on her remarks and said she “should not be expected to have allegiance… to a foreign country.”

Thursday’s final vote was 407-23, with Omar voting to condemn bigotry.

Our democracy is built on debate, Congresswoman! I should not be expected to have allegiance/pledge support to a foreign country in order to serve my country in Congress or serve on committee. The people of the 5th elected me to serve their interest. I am sure we agree on that! https://t.co/gglAS4FVJW 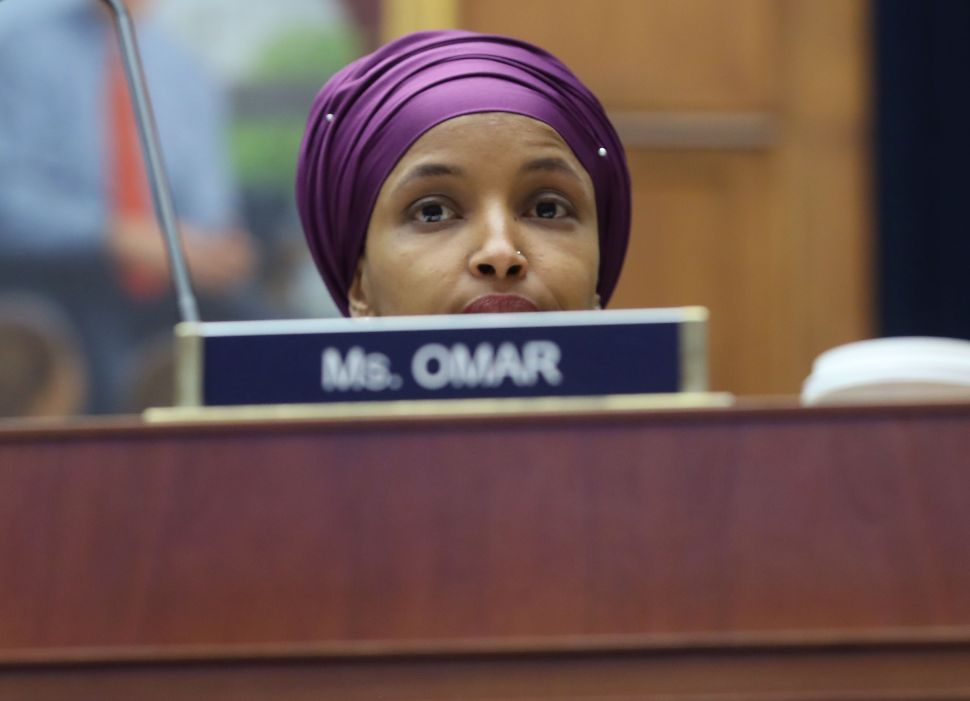