The Hummingbird Project, a new film from Canadian auteur Kim Nguyen (2012’s War Witch), is about a pair of high-frequency traders who conspire to build a straight as an arrow fiber optic cable line between the Kansas City Live and New York Stock Exchanges. It’s a movie that resembles a great many things.

A supposedly fascinating New Yorker article that you fall asleep reading on an Amtrak? Yes. A weird business pitch from your uncle Jim during Thanksgiving dinner that makes you wish you followed football? Perhaps. The first few episodes of a new AMC series the announcer introduces by saying, “If you loved Halt and Catch Fire…”? Undoubtedly.

An entertaining and engaging cinematic experience? Sadly, no.

The film centers on the relationship-challenged Zaleski cousins, played by Jesse Eisenberg and Alexander Skarsgård, who both work at a trading firm imperiously ruled by Salma Hayek’s taskmaster of a boss. She’s looking to build the ultimate edge in the cutthroat world of stocks and commodities trading: a communications system that will allow her a time advantage over her competitors of one sixteenth of a millisecond, roughly the time it takes for a single flap of a hummingbird’s wing. The cousins earn her wrath by breaking out on their own in an attempt to do it first.

When a story is predicated on something as dramatically inert as laying high-speed fiber-optic cable, it requires characters more fully fleshed out than those on presentation here. The measured performances by the three leads are consistently interesting—especially Skarsgård, barely recognizable with his baldpate, as a coding genius who tends to wander off during billion dollar pitch meetings. But they each end up creating such emotionally aloof ciphers that when one of them becomes afflicted with a life threatening illness in the middle of their bold gambit, you feel next to nothing about it. It is one of those films where they keep reminding you that the stakes are high because they are unable to convincingly convey that fact in the storytelling.

The strength of the film ends up being less the lead characters than the various characters the cousins come across in their arduous journey over, under and through farmland, swamp, mountain and whatever other barrier they encounter as they make their way east. Michael Mando (Nacho Varga on AMC’s Better Call Saul) is a particular standout as a menschy contractor who is in charge of laying the cable but ends up being the one of cousin’s caretaker. The highlight of the film is a confrontation between Eisenberg and an Amish farmer, played by Belgian actor and playwright Johan Heldenbergh, who refuses to lease his land and sees no value in their attempt to manipulate time for profit.

Perhaps if the movie were what it should have been—a psychologically intense prestige series in the style of HBO’s Succession—each of these characters would have been given their own story arc. We also would have gotten a fuller sense of what is driving the lead characters to take on the impossible, beyond their lust for cash and power. But while The Hummingbird Project may not be reap the benefits of a 13-episode season, at times, watching this dramatically flaccid tale of late-cycle capitalism run amok feels that long to get through. 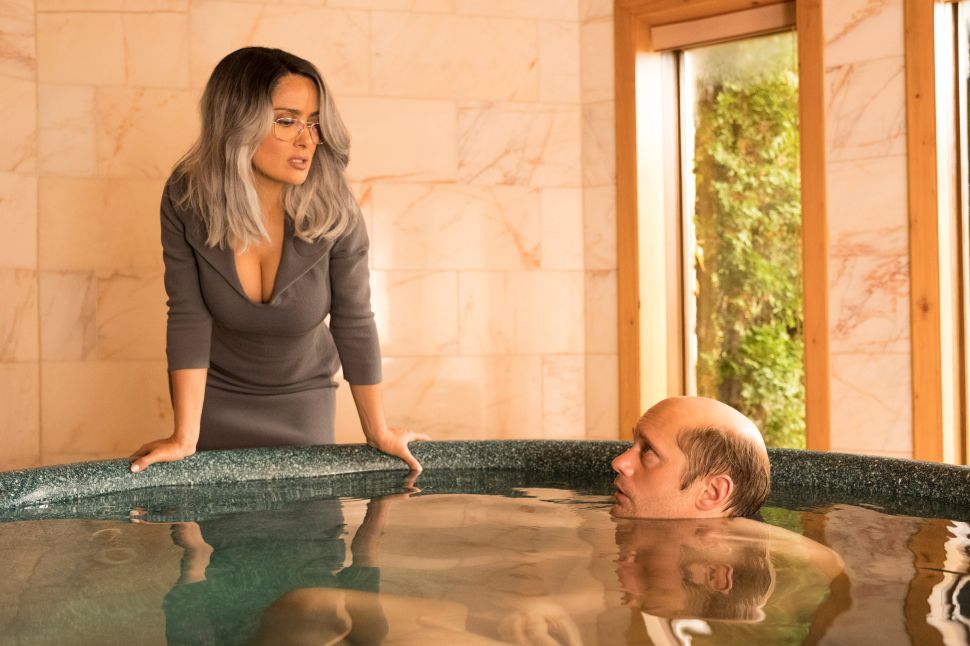