“Shame on you!” yelled one woman, prompting Shumley to pump his arms as if mustering energy from the crowd.

Holding an ad he purchased in that day’s edition of The Washington Post—in which the Rabbi accused Congresswoman Ilhan Omar of peddling similar anti-Semitic rhetoric to that which led to the Holocaust—Boteach parried accusations that he was a Nazi for supporting Republican politicians.

Behind the Rabbi, dozens of Palestinian flags lit up the Washington sky.

Omar’s presence has loomed large over this year’s American Israel Public Affairs Committee (AIPAC) conference. Since arriving in Washington, the freshman representative has come under fire by a bipartisan chorus of lawmakers over rhetoric seen as anti-Semitic—including a tweet in which she said U.S. support for Israel was “all about the Benjamins.”

Inside the convention center, politicians and leading supporters of Israel have also hit the congresswoman with veiled jabs. Speaking on AIPAC’s main stage, House Majority Leader Steny Hoyer (D-Md.) appeared to address another remark from Omar accusing political donors of having “allegiance” to Israel.

“I stand with Israel, proudly and unapologetically,” said Hoyer. “So, when someone accuses American supporters of Israel of dual loyalty, I say: Accuse me. I am part of a large, bipartisan coalition in Congress supporting Israel. I tell Israel’s detractors: Accuse us.”

Vice President Mike Pence on Monday offered the heaviest criticism of Omar, suggesting the lawmaker should be removed from the House Foreign Affairs Committee.

“Anti-Semitism has no place in the Congress of the United States of America,” said Pence to applause from the crowd.

While many prominent Democrats have spoken at AIPAC, no 2020 candidate has appeared at the conference. Protestors and activists have accused the organization of increasingly partisan behavior, pointing to President Donald Trump’s alignment with Israel’s Prime Minister Benjamin Netanyahu, and proposed U.S. policy of recognizing Israeli occupation of the Golan Heights region. 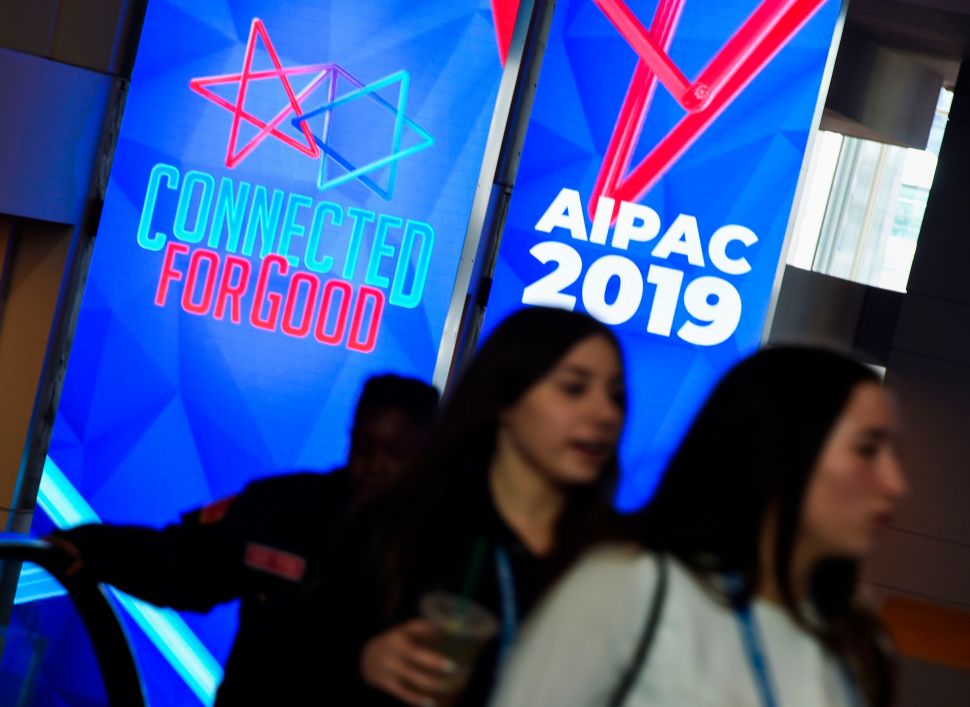