I’m Not Here, not to be confused with the ghastly I’m Not There (in which a cast of both sexes played Bob Dylan), is an 81-minute ham-fisted collection of amateurish clichés starring the versatile J. K. Simmons as a suicidal alcoholic perusing his past without a word of dialogue. It was directed by Michelle Schumacher, better known as Mrs. Simmons, the actor’s real-life wife. In Hollywood courtrooms, divorces have been granted on lesser grounds than this.

Sitting in a dark room with a gun pointed at his head and an answering machine with the message “I’m not here,” Steve Harrison (Simmons) weeps to the sound of his dead son’s laughter. The boy died, we learn, along with his mother. The movie proceeds to explain how every tragedy in Steve’s life was a result of drinking. Cut to early morning the same day, when Steve looks into the mirror and sees his younger, handsome, virile self (played by the younger, handsome, virile Sebastian Stan, from I, Tonya).

Cutting back even further, there’s the younger Steve at age 6 (Young Sheldon‘s Iain Armitage), watching his own father drink himself unconscious. Rocking back and forth between the three time frames, we see the current Steve, emaciated and at the end of his rope, remembering himself repeating the same mistakes again and again, now alone and wasted, phoned by his 90-year-old mother whose voice wishes him a happy 60th birthday. The point of the flashbacks is to make the viewer feel sorry for the way Steve has frittered away his life and ignored the chances to improve his odds of profiting from his failures. But the movie has already made Steve such a self-indulgent bore from the get-go that I, for one, lost interest early.

Wallowing in self-pity, old Steve shuffles around his empty house, touching objects that remind him of mournful incidents from the past (a discarded child’s bicycle, a sobriety medal from Alcoholics Anonymous… you get the picture) while we check our watches to see how much more of the 81 minutes remain. Simmons silently mopes and boozes with conviction, but everyone with dialogue comes off like planks of plywood, thanks to the flat, one-dimensional screenplay by the director and her writing partner, Tony Cummings. You wait for some revelation that might make you feel you haven’t spent these 81 minutes in vain. It’s no use. By the ambiguous ending, like Steve’s answerphone, you’re not here. You left a long time ago. 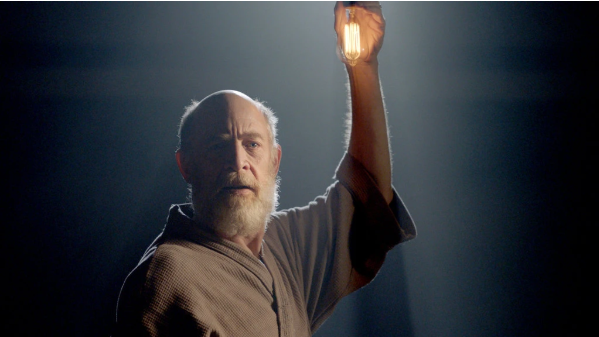