The next phase of influencer marketing economy is to move completely off social media.

This is what the team behind Basic Space, a newly-launched marketplace where the social influencers are selling their goods, has in mind.

As concern for the sustainability of the “influencer marketing economy” continues, online creatives are looking for new ways to directly connect with followers as potential consumers.

So, as opposed to influencers continuing to flood the saturated #Ad market on Instagram and elsewhere, Basic Space wants them to sell their vintage finds, pre-owned luxury items and new exclusive collaborations directly on their own e-commerce page.

“In the last few years, the consumers have become more aware paid ads and their potential lack of authenticity,” founder and CEO Jesse Lee told Observer. “On the talent side, they feel a bit dirty when they post ads on social media for money. So we wanted to create a platform to onboard creatives.”

The idea came to Lee about five years ago, when his agency was working to connect creatives with potential brand advertising.

Basic Space, which had a soft beta launch last year and officially announced its iOS and web application launch at SXSW in Austin this week, requires an invite to become a seller. This isn’t so much to exude exclusivity, Lee explained, but to keep the marketplace verified and showcase only vetted products. It’s also worth noting that the hand-picked sellers aren’t necessarily ones with “the biggest social following,” but those with trend and product expertise that would also do well on Basic Space’s AI-powered discovery and recommendations.

“Think of your favorite musician, artist, designer, director and photographer sharing their favorite personal items. Some may be luxury fashion and rare collectibles, while others are new, exclusive items made just for us,” Lee said.

More social features, such as gifting friends an item from their favorite trendsetter, will be released over the rest of this year, along with an Android app arriving in late 2019.

As for the marketplace’s business model, Basic Space offers sellers an 80 percent commission on their sold pre-owned items, while offering white glove service that includes marketing and shipping. The company also plans to launch exclusive collaborations with sellers, including a soon-to-come partnership with a “big sneaker company.” “For new products, we treat it as a joint venture,” Lee said.

Next up, Basic Space will be found at influencer mecca Coachella, with events planned in Los Angeles and New York City later on in the year. “Our goal is to build a trusted ecosystem where the best in quality and experience can be expertly curated and delivered, globally,” Lee said. 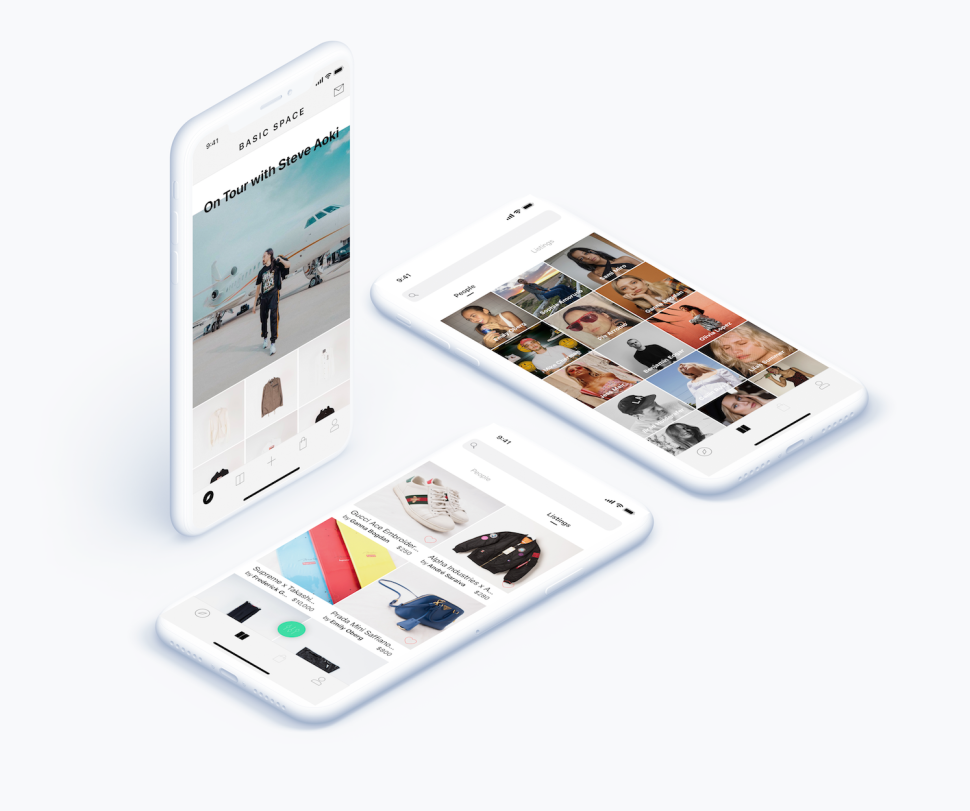