Imagine that you hear wailing sirens while sitting with your friends in a Manhattan restaurant.  The Islamist Canadian regime that seeks America’s destruction has just fired two long-range rockets toward New York City. Luckily, nobody is injured this time. As far as most of the international media is concerned, any trauma experienced by you and other New Yorkers isn’t worth reporting. But when America retaliates in self-defense, the media regularly blasts the U.S. for using “disproportionate force.”

This hypothetical North American analogy is the harsh reality for us in Israel. Last week, two rockets from Hamas-ruled Gaza were launched against Israel’s densely populated commercial center, Tel Aviv. While a similar rocket attack on New York or London would have been widely reported in the media, this naked aggression against Israeli civilians received scant international media coverage.

Biased media coverage normally commences on cue when Israel hits back. The Jewish state is frequently blasted in international forums and media for using “disproportionate force.” In reality, Israel is using far less force than any other democracy facing similar threats would. In 2014, an independent international study conducted by generals and senior officers from several democratic NATO states and India concluded that Israel’s military has done more to minimize civilian casualties than any other army, including the U.S. military.

The Arab-Israeli conflict was never about specific borders. Muslim Arab leaders have repeatedly rejected a peaceful two-state solution. The conflict is not about establishing a 23rd Arab state but about a deeply entrenched ideological racist opposition to the existence of a tiny Jewish state within any boundaries.

If poverty and desperation were the main reasons behind global terrorism, Tibet, Ethiopia and Haiti would be mass-producing terrorism. The corrupt leadership of Hamas and the PLO, the Palestine Liberation Organization, has diverted billions of dollars to anti-Israel terrorism and financed their luxury lifestyles at the expense of their own population.

Israel is frequently demonized as an obstacle to peace. More UN resolutions have hypocritically been passed against the democratic State of Israel than against the rest of the world combined, including despotic serial human rights violators like Iran, Syria and North Korea. The PLO was established in 1964, when not a single Jew lived in the Jordan-occupied West Bank or the Egypt-occupied Gaza. Yet, the territory that the PLO and Hamas still seek to “liberate” is Tel Aviv and all of Israel within internationally recognized boundaries. While Israel yearns for peace, the real obstacle to genuine peace is the systemic anti-Semitic ideology demanding that the Jewish state rest in peace.

Daniel Krygier is a writer and political analyst based in Israel. He is a fellow with the news and public policy group Haym Salomon Center. 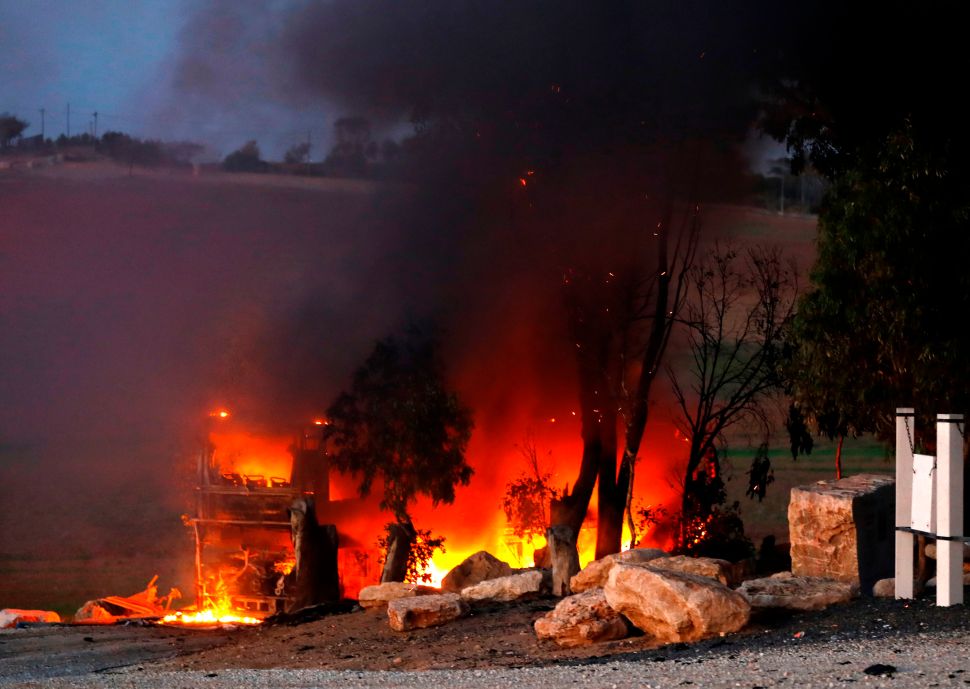