Rao’s in East Harlem, which boasts one of the most exclusive, elusive dining experiences in Manhattan, also might have one of the wilier diner strategies in the business. Operating in a post-Instagram world that’s obsessed with drawing huge crowds and generating exponential financial growth, the restaurant manages to somehow garner huge interest in its offerings without sacrificing the integrity of what one might call its “core audience.”

Current owner Frank Pellegrino Jr. explained this strategy in detail to Jimmy Fallon when the host of The Tonight Show filmed a segment on Rao’s meatballs on location this week. What might sound like a stringent seating policy is actually much better conceptualized as theater, with a reliable troupe of participants cast as characters.

“There’s only 10 tables,” Pellegrino Jr. said. “No menu. It’s basically squatters’ rights. When the restaurant started to gain a lot of notoriety back in the late ’70s and early ’80s, my father refused to displace anybody who was already coming here. That was really the beginnings of table rights. If you were here before, we never want to let you go, because you’re part of the success of this. You’re what makes Rao’s Rao’s. Rao’s is about people, it’s about neighborhood…people have had tables here for over 40 years.”

If these illustrative references to a restaurant that values loyalty, family and consistency remind you of the eatery frequented by the motley crew in The Sopranos, there is a connection. Former owner Frank Pellegrino Sr., who passed away in 2017, was also an actor who played hard-charging FBI agent Frank Cubitoso on the HBO series. Within the world of The Sopranos, Cubitoso was a no-nonsense dude who went to a great deal of trouble to bug the basement in the Soprano mansion, so, in a way, it makes sense that the same work ethic persisted in the genesis and management of Rao’s.

As he’s wont to do, Fallon name-dropped Billy Joel as a frequent guest at the restaurant, and Pellegrino Jr. also shared a celebrity anecdote: “Our mutual friend Tommy… brought in a bevy of celebrities and singers. Celine Dion, Gloria Estefan, Jim Carrey was at the table, Robin Williams was at the table. And they all got up and sang ‘My Girl’ with [my] dad.”

The cooking lesson in and of itself was concise: Pellegrino instructed Fallon to gather salt, pepper, a pound of beef, a half a pound of pork and a half a pound of veal. Fallon then took salt and pepper and massaged it into the mass of meat, added two eggs and a half a cup of , and then “made it snow” with parmesan cheese over the in-process meatballs. Next, the rolled meatballs were fried and dunked in special Rao’s sauce for approximately half an hour. Good luck getting the recipe to that sauce, though. 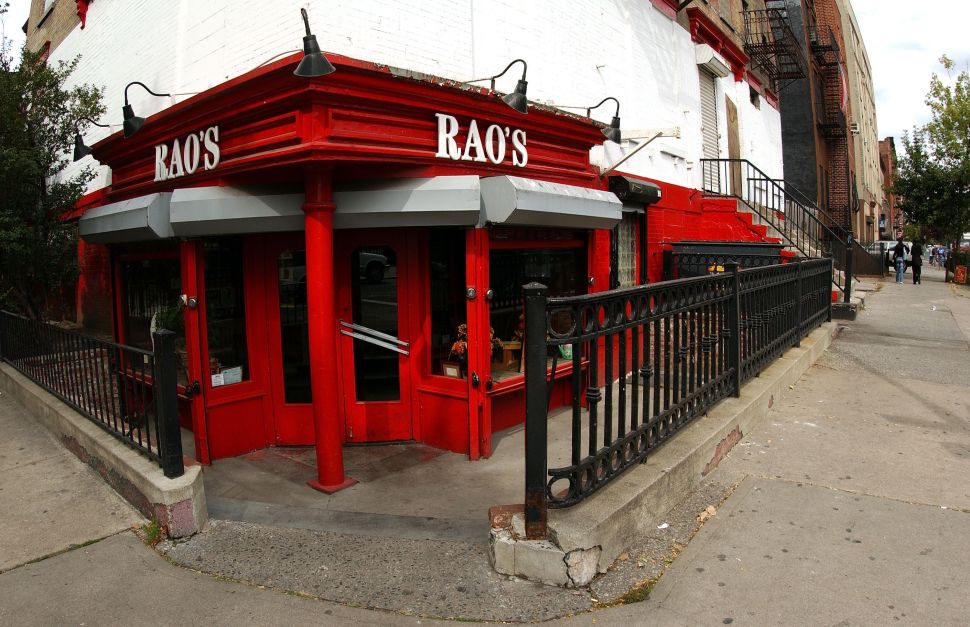