Few Americans can match the military success story of former General John Jumper. From two tours of duty flying in Vietnam to being the Air Force Chief-of-Staff during Operation Enduring Freedom and Operation Iraqi Freedom, he was around during a time of transformation for the U.S. military, and America itself, from combat in Southeast Asia to Europe and the Middle East. Like the old E. F. Hutton commercial says, when he speaks, you listen.

Speaking to my students, faculty, administrators and members of the community at LaGrange College, General Jumper not only had advice for the young adults in the room, but for the country as a whole, based upon his experiences. These included topics ranging from leadership and ending divisiveness in America, to current threats and what to read today.

How to Be a Leader

Despite being in a branch of the military where most action is well above ground, with few in the squadron and fewer still in the plane, Jumper was quick to point out that leadership involves the personal side of command.

“Isolation is the enemy of leadership,” he said to the crowd. He told the story of a unit that personally pushed an F-15 fighter jet into position to be ready for inspection, even as the ground crew vehicle had prematurely departed. “You have to inspire yourself and others to do better, leading by example.”

He took a rather dim view of decision-making by social media. “Leadership is a contact sport, with face-to-face communication,” he insisted to those in attendance. “You can’t be successful in leadership by hiding behind social media.”

By the same token, he decried today’s focus upon attacks that are made on social media, where people believe the impersonal nature of it empowers them to say whatever they want, without consequence. He relayed a story of taking an online communication directly into the sender’s office to confront that person, who quickly walked back the inappropriate comments.

“We’ve commoditized humanity,” Jumper pointed out. “We’ve packaged each other as Democrat, Republican, and assumed the worst of others. We need to emphasize hope instead of fear.”

To show how bad things could be, he related a story from his days working Operation Allied Force, the mission to save the people of Kosovo from ethnic cleansing by the Yugoslav government and their Serb Nationalist leadership. In the refugee camp, some ethnic Albanians were waving U.S. flags, while a few kids jumped rope, singing a song. He begged to know what the song was, but others were reluctant to tell him the translation. He later found out why, as it was about how all of the kids were supposed to grow up and kill Serbs. “In America, we need to focus on what we’re for, instead of what we are against,” the general continued.

But as threatening as such ethnic hatred is, there were other concerns on General Jumper’s mind.  When I asked him at lunch about Russia, he stated “Russia is indeed a threat. They lost the Cold War, so they’re trying to win the Cyber War. And they are ahead. We could retaliate against them, but we haven’t chosen to do so.”

He also admonished me not to overlook China, which has thousands of military personnel devoted to hacking us, stealing secrets.” That’s why some of their military equipment looks like ours.”

In terms of what to read, he recommended brushing up on politics and history, from the U.S. Constitution and Jill Lepore’s These Truths: A History of the United States, to Jon Meacham’s The Soul of America: The Battle for Our Better Angels.

“We need a government by reason and choice, not accident or force,” General Jumper added as he concluded the talk. 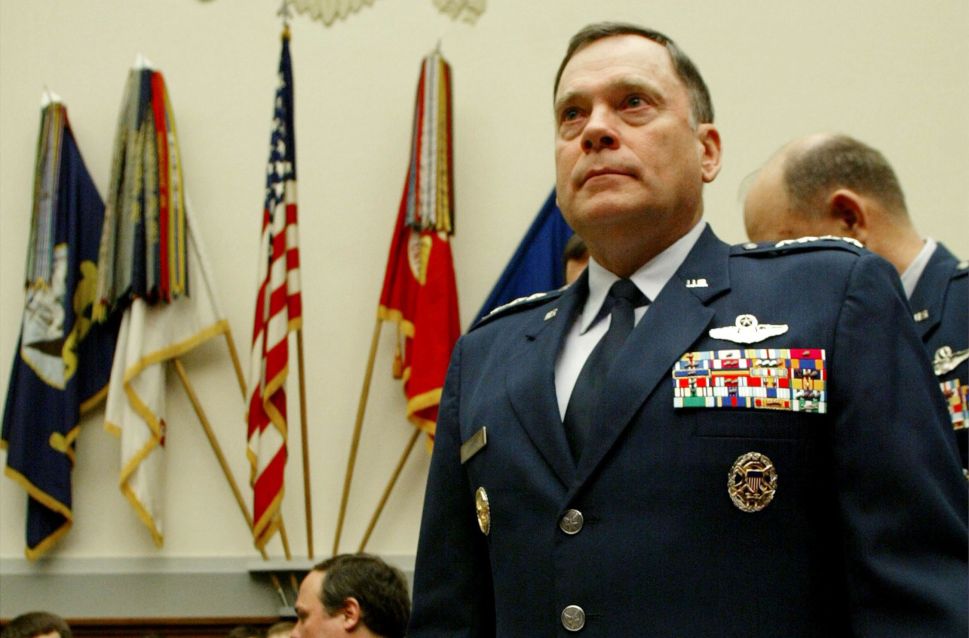