Similar to the “Not For Long” NFL, Hollywood is a business built on always demanding more. All of the glamor and the glitz is backed by a “What have you done for me lately?” attitude, where the power players are always looking for the next hit, the next star, the next paycheck. Cynical? Absolutely. But unfortunately, it’s a reality. So although Jordan Peele’s Us cements him as a rising force in the movie industry as it swarms theaters this weekend, there’s still that small voice in the back of your head asking, “What’s next?”

While Peele has several intriguing small screen projects in the works, he has yet to publicly announce his next feature. Given the success of Get Out and Us, he can pretty much demand a greenlight for just about anything. But, what would we want that to be?

Peele has now made two movies based on his own concepts and both films have been met with critical and commercial success. Conservative tracking numbers peg Us for an opening between $40 million and $50 million (off a $20 million budget) while some pre-sale projections suggest it could approach the $100 million mark. If so, it would become the biggest opening for an original (non-franchise, sequel or adapted feature) live-action film in history. Update: Us opened to a massive $70.2 million.

So, yeah, the originals are working for him. Plus, they’re the type of unique never-before-seen ideas Hollywood is hesitant to make these days, so Peele’s continued emphasis on this track is healthy for the industry. This is the most likely path forward for the filmmaker as Peele himself said in 2017 that he has “four other social thrillers that I want to unveil in the next decade.”

But that doesn’t mean a move up to the blockbuster level isn’t impossible. Following Get Out, Warner Bros. approached Peele about adapting the beloved anime classic Akira. He turned them down, saying:

Still, the hopes of fans persist as Peele remains one of the most popular names bandied about when discussing upcoming blockbusters. All of Film Twitter would love to see his take on a Marvel movie, but if Peele were willing to jump to the franchise level, we’d want him to be given free creative reign to build something from the ground-up. Tonya Hurley’s Ghostgirl, Pierce Brown’s Red Rising and Martha Wells’ The Murderbot Diaries are all book series that have not yet been adapted and would translate well to the big screen under Peele’s trenchant stewardship.

Both Get Out and Us contain traces of sci-fi, but Peele has classified the former as a social thriller and the latter as a straight horror flick. We’d love to see him channel those sensibilities into a poignant sci-fi movie—an original idea, of course, but one with the messaging akin to Brave New World or 1984.

Peele is an admitted fan of geek culture and familiar with the classics and the trappings of the genre. Infusing his unique perspective into a such setting would be an enticing combination. He’s already put his satirical spin on zombie outbreaks, alien invasions, and a post-apocalyptic world during his Key & Peele days, with hilarious commentary on cultural divides, racism and isolation. Getting a dark, big-budget version of those fleshed-out ideas would be a cinematic gift.

We don’t care what side of the isle you sit on, it’s hard to argue that “Obama Meet and Greet,” “Black Republicans” and “Obama’s Anger Translator” aren’t among the funniest sketches from the Key & Peele catalog. They connect because of hilarious jokes, of course, but also because each digs at a deeper point to be made. Whether that be the duality of race, societal expectations or American treatment of minority voices, Key & Peele‘s political material was often its deepest.

Get Out and Us clearly have a lot to say about this country and Peele has certainly not pulled any punches in those films. His thematic symbolism and imagery has been steeped in genre thus far, but what if he were to lay it all out bare in a twisted political drama? We’re picturing a cross between The Ides of March and V for Vendetta that hammers home his point of view. 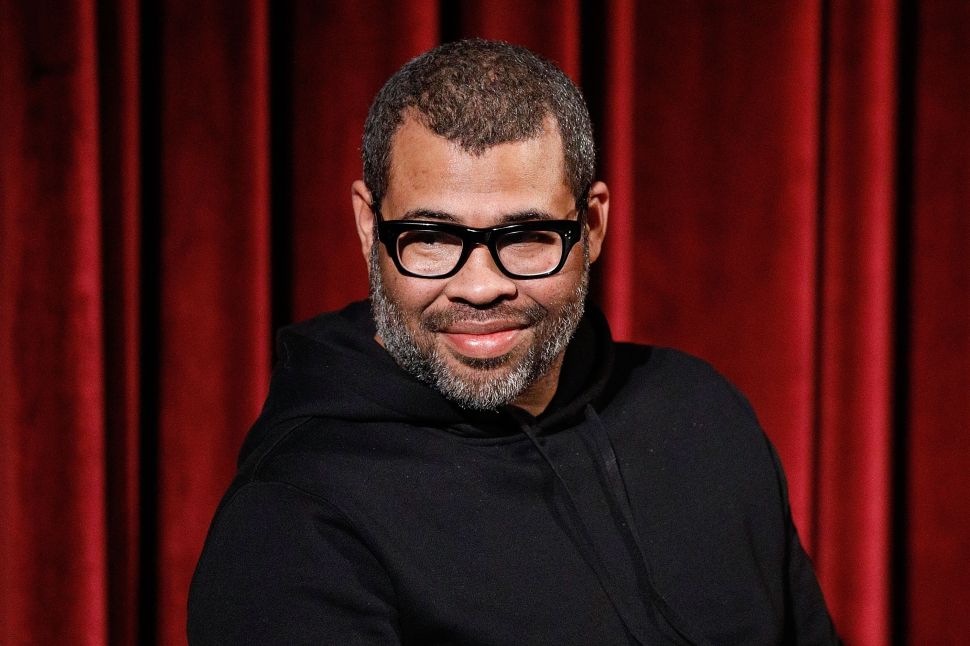 Filed Under: Movies, Entertainment, box office, Jordan Peele, Us, Get Out, Key & Peele