The years-long saga also known as Justin Bieber’s home troubles in Los Angeles may have finally come to a cheerful conclusion. The hotel slippers-adoring singer has been flitting around various homes on the West Coast for the past several years, going in and out of rentals and essentially moving into hotels as he searched for the perfect abode, and also occasionally terrorized his neighbors.

Perhaps Bieber’s new marital status helped spark his latest endeavor, as he has now purchased a new Beverly Hills mansion, presumably for himself and Hailey Baldwin. The duo was last residing in a $100,000 a month San Fernando Valley rental, but now, Bieber has doled out $8.5 million for a 6,132-square-foot home, as first spotted by Yolanda’s Little Black Book.

Welcome to "The Tropics." Originally built in 1932 and set behind beautiful gates, this transitional gem is the ultimate in refinement, Old Hollywood glamour mixed with casual California Living. Offered at $8,995,000. Represented by Drew Fenton & David Kramer.

The five-bedroom, seven-bathroom abode was originally built in 1932, and was extensively remodeled by the sellers, with steelcase windows and white oak floors throughout.

The kitchen contains white oak cabinets, stainless steel appliances and a massive marble center island. There’s a wood-paneled library, as well as a sunken family room, plus a living room with a marble-encased fireplace.

The master suite has its own marble-surrounded fireplace, as well as a walk-in closet and large bathroom. Downstairs, there’s an art deco-style bar, with bronze mirror accents, a backlit floor and a floor-to-ceiling temperature-controlled wine cellar. Perhaps the Beverly Hills Hotel-inspired screening room is what really drew Bieber to this home—after all, he did pretty much become a semi-permanent resident at the Pink Palace for quite some time.

Glass doors lead outside, where there’s an infinity edge pool and an outdoor cabana with a fireplace, barbecue and entertainment deck.

Hopefully, Bieber doesn’t fall back into any of his old habits with his new home—never forget that Calabasas egging incident. Then, of course, there’s the time police were called to his rented Beverly Hills penthouse and that whole lawsuit in Hollywood Hills. We suppose this also means he managed to get on the good side of Beverly Hills residents, as there were reports denizens were banding together to block Bieber from moving into the pricey enclave.

Now that Bieber and Baldwin have found a permanent Los Angeles abode, we assume they’ll be turning their full focus on their New York living situation—they’ve been checking out pricey downtown rentals, though maybe now they’re more in the buying mood. 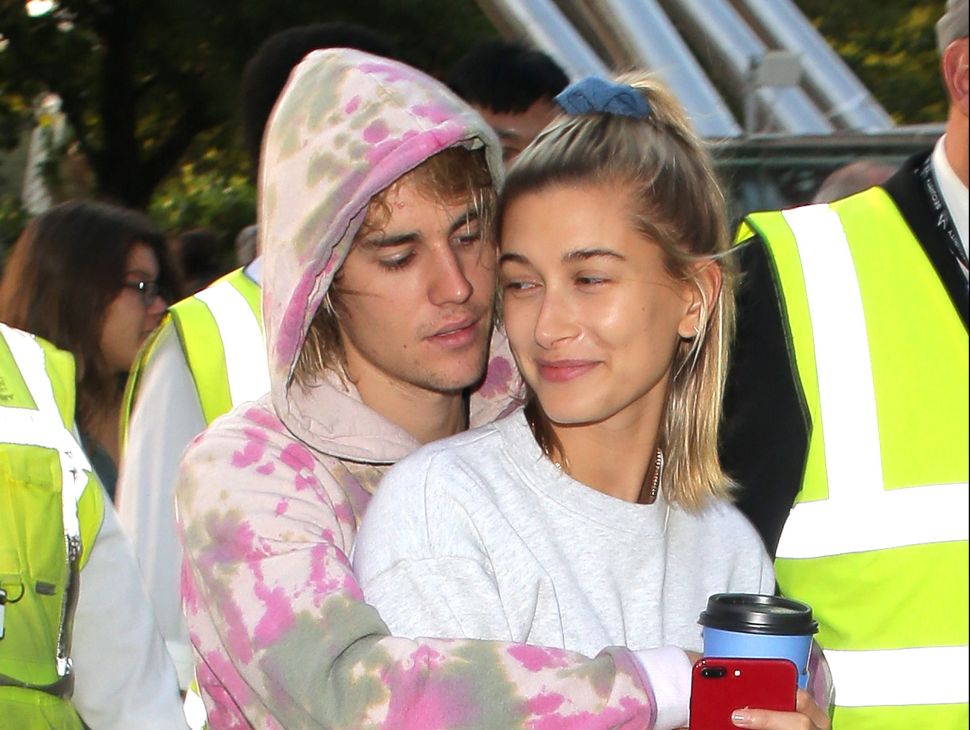