After over a year spent languishing on the market, Katy Perry’s Hollywood Hills home finally has a new owner.

The pop star didn’t have it for all that long—she purchased the 3.22-acre estate for $8.2 million in 2013, and then promptly scooped up the place next door in a separate transaction for $3 million. By 2017, however, she was rumored to be quietly shopping the two parcels together for $15 million.

She officially listed the larger property for $9.45 million in the fall of 2017, but wasn’t able to find anyone to take it off her hands. The Runyon Canyon compound went on and off the market, poking up with a most recent ask of a reduced $8.95 million. But Perry has made out quite well in the end—Yolanda’s Little Black Book notes that records indicate the home recently sold for $9.4 million to restaurateur Michael Chow, of the famed Mr. Chow.

It’s not entirely clear whether this purchase was for both of the adjacent properties or just the larger one; if for both, then Perry took a loss.

The bigger compound is composed of multiple structures, including a four-bedroom, 4.5-bathroom main house, a two-story guest house and a security guardhouse.

The primary 4,418-square-foot, Mediterranean-style abode features beamed ceilings and hardwood floors throughout, with four enormous, imposing fireplaces. The master suite takes up the entire second floor of the residence and has a Roman-inspired bath and a sky ceiling.

Outside, there’s a pool surrounded by Italian travertine, per the Douglas Elliman listing, as well as an outdoor grill, a cabana with a spa bath and an outdoor fireplace. You’ll also find lots of lights dangling about.

As for Perry’s next location? Well, she paid nearly $18 million for a five-bedroom Beverly Hills mansion in spring 2017, and then proceeded to dole out another $7.5 million for an additional home in the area—apparently, Perry is a fan of twice the fun when it comes to real estate. The properties also happen to be pretty close to the $7 million home her fiancé, Orlando Bloom, bought two years ago. We wonder which place they’ll ultimately call home base (you know, when they’re running off on fabulous getaways).

Turns out, those aren’t Perry’s only Los Angeles real estate holdings—she’s been in a very lengthy battle involving her purchase of an eight-acre, $14.5 million former convent in Los Feliz, which involves Vatican approval. 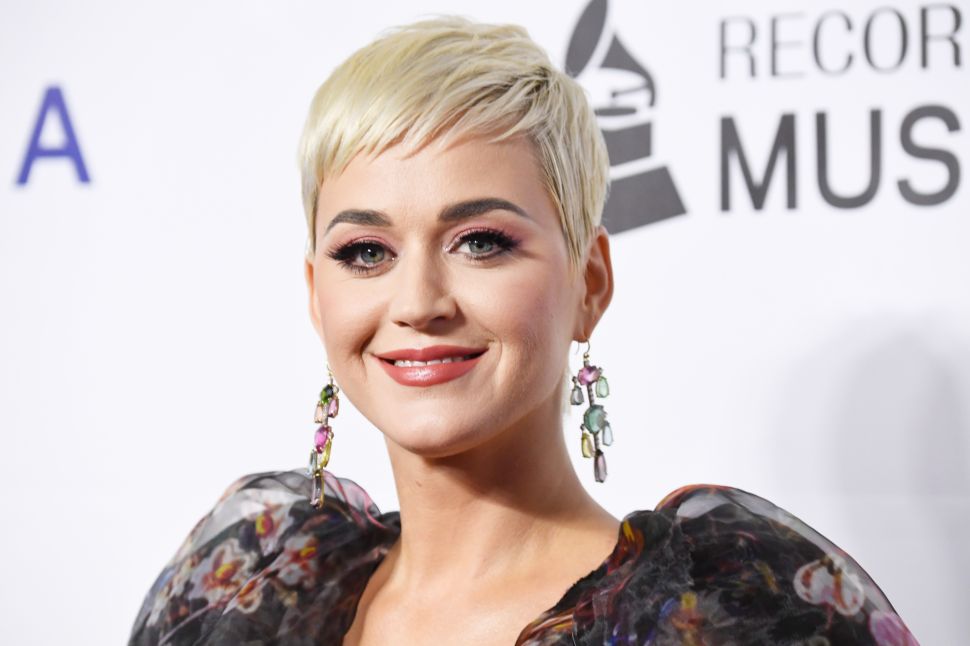