LaCroix fans may want to crack open a can for this one. The National Beverage Corp., which manufactures the delicately flavored sparkling beverage, has announced a striking dip in sales for the company’s fiscal third-quarter returns. According to CNBC, the company’s revenue dropped 2.9 percent to land at $220.9 million, and its profit dwindled by 39.6 percent. Overall, the company’s shares are down 16 percent. This marks its first decline in quarterly sales in five years.

Considering the popularity of carbonated beverages as an alternative to soda (carbonated ballooned 70.4 percent by volume between 2011 to 2016, the Huffington Post reported last year) and the carefully calibrated social media ubiquity of LaCroix’s colorful packaging, you might be wondering what contributed to this not-insignificant financial loss. After all, LaCroix is a beloved product that’s become a staple of ultramodern office spaces and personal refrigerators alike.

Unfortunately, a statement on Thursday’s returns attributed to CEO Nick Caporella (who was accused last year of inappropriate touching by two airline pilots) raises a lot more questions than answers.

Caporella apologizes for the brand’s disappointing sales, but his explanation for them is a head-scratcher to say the least: “Negligence nor mismanagement nor woeful acts of God were not the reasons,” Caporella said. “Much of this was the result of injustice!”

The nature of the injustice to which the 82-year-old CEO is referring is unclear, and his statement only gets more bizarre from there. “Managing a brand is not so different from caring for someone who becomes handicapped,” Caporella continued. “Brands do not see or hear, so they are at the mercy of their owners or care providers who must preserve the dignity and special character that the brand exemplifies. It is important that LaCroix’s true character is not devalued intentionally—in any way.”

Further along, his mood shifts and he becomes boisterously optimistic: “Just ask any LaCroix consumer… Would you trade away that LaLa feeling? ‘No way, they shout— We just love our LaCroix!'”

This is not the first time the CEO has released loopy corporate statements, or the first time the popular sparkling has had its bubble burst. Back in 2017, after National Beverage Corp.’s shares had fallen by 23 percent, Caporella released a very emphatic statement explaining the drop.

Meanwhile, in October 2018, a lawsuit was filed against the National Beverage Corporation in which plaintiff Lenora Rice accused LaCroix of not being “all-natural.” Rice’s suit even alleged that LaCroix products contain ingredients used in insecticides.

As consumer tastes migrate toward more health-oriented products, the beverage industry has accordingly been in flux. In February, Coca-Cola Co. projected that their overall sales growth will decrease over the next year. The company is also looking to “focus more on the concentrate business as the consumption of carbonated drinks continues to slow down, especially in developed markets,” reports Forbes.

The National Beverage Corp. did not return Observer’s request for comment by time of publication. 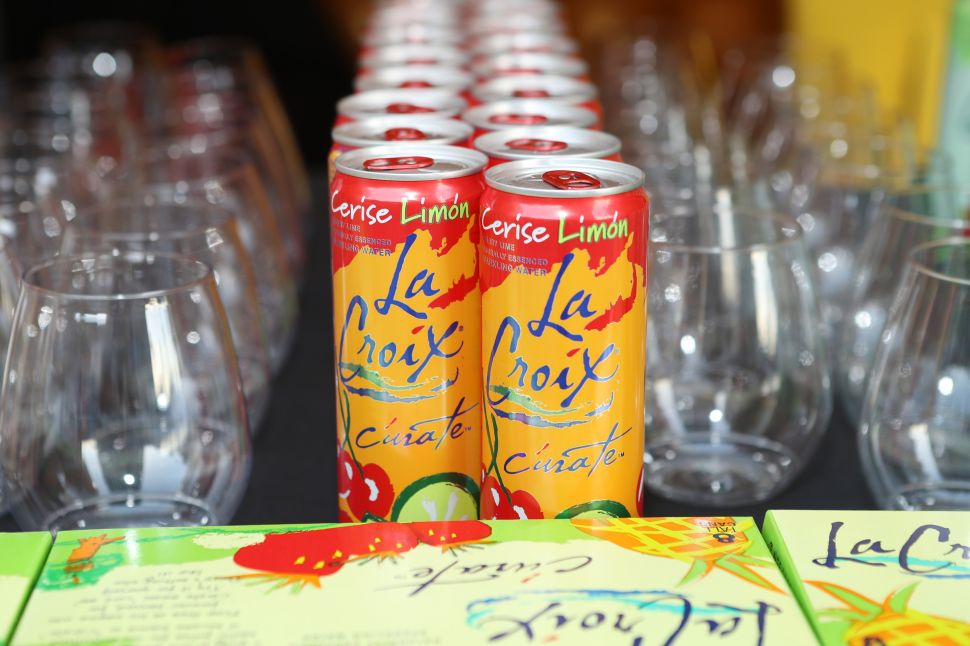