Told from the point of view of nine separate narrators, Pulitzer Prize finalist Laila Lalami’s new novel, The Other Americans, considers the way in which a community is affected in the wake of a violent act, offering a look at the charged emotional and political climate of post-9/11 America. When Driss, the owner of a diner in Yucca Valley (a small town in the Mojave) and an American immigrant from Morocco, is killed in a hit and run, the unexpected act of brutality ricochets through the town. With taunt suspense, Lalami uses the varied experiences of her characters to speak for the ways in which one incident offers a nuanced snapshot of our troubling relationship with the idea of “homeland.” It’s a rare novel that manages to cover such fraught territory while also reading like a true whodunit, yet Lalami successfully weaves together these tricky elements. But rather than setting out to draft a concrete novel of ideas, it was an intimate experience that sparked the novel’s origin.

Speaking with Observer, Lalami, a longtime resident of Los Angeles, reflects, “In the summer of 2014, I was on vacation in Wyoming of all places, having a grand old time, when on the last night, I got a text that my dad was very ill. He’d been taken to the hospital, was basically dying, and I had to go home.”

Lalami has been an American citizen for over 20 years; she’s a native of Morocco but moved to the United States in 1992 for a doctorate in linguistics at University of Southern California. She continues, “So I was packing up and flying to Morocco—really expecting that I would be there for the funeral, but thankfully he recovered in perfect health. I’m very, very grateful, but that scare stayed with me when I came back to the United States and I thought this is something that is only a matter of time. It might be interesting to write a story inspired that grew out of that fear which is a fear that many immigrants have: They’re going to be thousands of miles away from their loved ones when their loved ones leave them.”

Even so, she admits that even though she was, “writing about a character whose father dies, I did not personally want to read a book that was 400 pages of someone grieving. That’s where the mystery element came in because I thought it would give the narrative a propulsive effect to keep me interested and keep things going.”

With a shock, Driss’s death opens the novel. An effect that echoes the opening line of Toni Morrison’s Paradise: “They shoot the white girl first.” The reader is instantly riveted, but soon realizes that this act of violence is only an entry point for a larger web of deception, passion and disillusionment.

Initially, Lalami structured the book in such a way that Driss’ younger daughter, Nora, and her childhood friend, Jeremy, were the book’s two narrators. While Nora’s older sister, Salma, dutifully married an appropriate match and embraced a boring but safe dental career, Nora followed her heart’s desire to become a musician and composer. This isn’t a cheering story about the American dream. Despite her promise and stellar education, Nora struggles. Living with a roommate in Oakland, she’s alienated from her family and facing rejection—professionally and personally. Her father’s death reluctantly draws her back to her small hometown where inevitably the sheriff’s deputy who checks in on her father’s case is Jeremy, a former marine and Iraq war veteran trying to finish college and find his emotional footing.

Together, these two former classmates do exactly what two trauma survivors should never do—fall into a romantic relationship. Their chemistry is genuine. Lalami renders their unlikely pairing with incredible tenderness. These are two painfully wounded grown ups—not starry-eyed children—who find comfort in one another despite their differences. Through love, they also find a common bond. Lalami observes, “The experience of war is one of those things that’s the same as immigration. No matter how much somebody describes it to you, it’s only when you experience that you understand it.” Each shares a trauma that defies language. A story told through these two lovers seems like a perfect conduit for a novel such as this.

However, Lalami comments, “It just wasn’t working. Then I thought, wait a minute, what am I doing? I felt like I had something that worked and I showed it to my editor and he said, ‘Well, you know you sort of short changed these other characters.’ And that’s when the moment of realization hit me that I [should] really expand the scope of the narrative rather than restrict it.” Opening up the book allowed Lalami to include Driss himself, his widow, his elder daughter, the detective assigned to his case, the undocumented immigrant who witnessed the accident, his often combative neighbor as well as the neighbor’s son. Juggling a chorus of voices can prove problematic. “I think that’s part of the reason I resisted it for so long,” Lalami recalls. Yet in the end, it offered what was ultimately “an elegant solution.” Drawing together this range of voices provides a complete portrait of this fractured moment in American history.

After working on the novel for four years, incorporating a broader cast of narrators with each draft, Lalami created the multifaceted examination of human nature and American society that she’d hoped to achieve. Considering her novel, Lalami brilliantly observes, “In the United States right now, the two figures that are the most revered and the most reviled are the veteran and the Muslim. If you put them together and just treat them as ordinary people interacting with one another, that was something I thought would be interesting to explore in fiction.”

While presenting a complex ethical novel, Lalami retains a clear-eyed take on those at the perimeter of this fraught conflict. “As obviously tragic as the death of her father is for Nora, for Coleman,” a black woman detective assigned to the case, “that’s just Tuesday morning. It’s on the docket for her and is the case she has to deal with. For the guy next door, it’s a different story. For the undocumented witness, it’s, ‘Oh my God, what do I do?’ Everyone experiences the same event in a different way.” Lalami’s keen recognition builds on earlier themes that resonated with her work.

“Even in my previous book (the 2015 Pulitzer finalist, The Moor’s Account), I dealt with this idea that when you hear a story, you must ask yourself what is fact and whether you are hearing the facts or the story. Is it colored by someone else who is telling it to you? The Moor’s Account was based on this true story of the first African explorer of America and what we know about his story only comes from these Spanish sources. With The Other Americans, it’s taking this central event and telling it through multiple perspectives. I think I wanted very much this book to be about America and it’s not possible to capture that through one voice just because it’s such a complicated country, in a complicated place with so many people with so many different backgrounds.” Lalami never loses sight of the fact that we shouldn’t see anyone as an outsider in this country. There are only other Americans. The very structure of this novel stresses this fact. She continues, “With this, once I realized that I wanted to have other narrators, I thought, ‘Oh, that’s really interesting. Then it can become almost like a little snapshot of that little town.’” 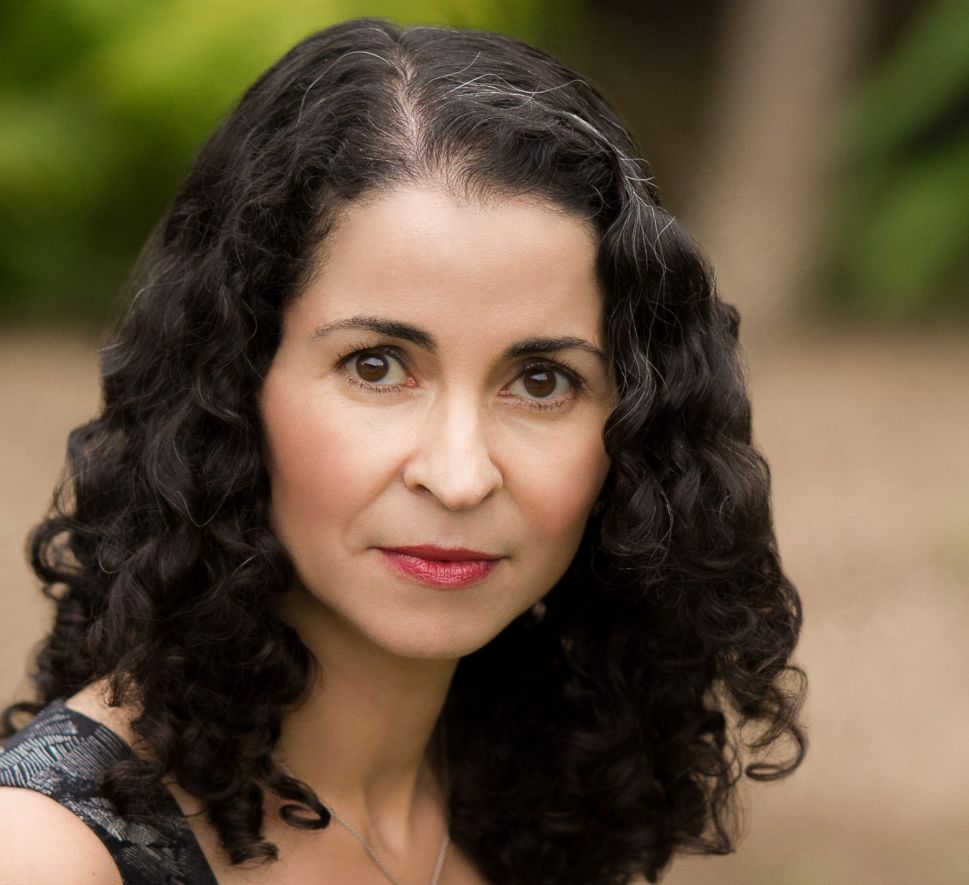