If one had a time machine and a perverse sense of humor, it might be interesting to spirit a 26-year-old Lawrence Weiner onto the campus of a 21st-century art school like the Savannah College of Art and Design (SCAD). What sort of student would he be? In 1968, the artist debuted his pivotal book work, Statements, which laid out parameters that would go on to inform his entire career. It was a casual manifesto, ripe for quotation, that began with a revolutionary shrug (“I do not mind objects, but I do not care to make them”) and stressed that artworks can still exist in the world, even if they’re not materially realized. In the late ‘60s and early ‘70s, Weiner was indeed making the occasional physical thing—or at least doing things in physical space, like cutting out a precisely measured chunk of a wall, or tossing objects into the ocean. He ultimately sought a way to turn language itself into sculpture. (Like many of the statements I’m about to make, Weiner would likely take issue with that one, in his own charmingly cantankerous way.)

But how would this lion of Conceptual art—a term that he basically disavows, though it has served him well—have fared in the climate of an intensely career-driven art and design school? The occasion for this idle thought experiment was SCAD’s recent edition of deFINE ART, a program of exhibitions and talks, during which Weiner was recognized as the event’s 2019 honoree. (Past recipients include Carlos Cruz-Diez and Carrie Mae Weems.) SCAD prides itself on its professionalism, on how it prepares its charges for the real world; the college’s SCADpro initiative, for instance, pairs students on projects with corporate partners like Uber, Delta and Amazon. Introducing Weiner in Savannah, President Paula Wallace attempted to connect the artist’s own legacy to her college’s can-do spirit. “He had what we call the ‘SCAD hustle’ too, before we even had a name for it,” she said. “He created a space for himself and his work and radically transformed public art in America forever.”

Weiner must be an interesting, and maybe slightly uncomfortable, role model for young SCAD students. His path to eventual canonization began with an abortive attempt at higher education—a single year at Hunter, before he called it quits and went on a prolonged road trip. Now, at 77, he seems to have a complicated relationship to the idea of arts education in general.

Observer met up with Weiner last week in Savannah for a brief conversation that might best be described as circuituous (I’m still puzzling over bits of my transcript, hoping they yield up their sweet, secretive nectar) though we did skirt around the issue of the art world’s professionalization. “I really believe in art,” he said, “which means the more people that try to make it—not try to make a marketable product, not try to fit in to please their teacher—that’s important to me. That’s the whole point.” While Weiner gives talks, he’s never been a professor. “I take students and the idea of students very seriously,” he told me. “But if you have authority, you can’t be an artist. And if you don’t have authority, you can’t be a teacher. I know people who reconciled it, and they did fine. I can’t do it.” And later: “I really hope that all these people that gave up making art to make some product that fit in, or gave them tenure or something—I hope they have the most unhappy lives in the world.”

Here’s the rub: By 2019, a professionalized art education is essentially a prerequisite for success; art education isn’t cheap; and it’s a whole lot easier to remain pure when you don’t have $100,000 of student debt looming over your head. Weiner did seem to realize a certain generational disconnect. “I try not to counsel,” he said, recalling a dinner the night before where SCAD students seemed eager for career advice. “My only answer was, ‘Don’t ask me that, because it doesn’t make any sense to you. I’m too old. I had it so easy, compared to what you have.’”

And so what would a 26-year-old Weiner be doing at SCAD in 2019? Would he be part of the relatively straightforward sculpture or graphic design departments, or would he be pursuing a B.F.A. in Branded Entertainment or Production Design? Would he be part of a SCADpro cohort helping translate Samsung’s “Do What You Can’t” slogan into impactful, text-based wall murals?

I may sound like I’m disdainful of SCAD’s programming here, but I’m really not; art schools that instead pretend to float above the lame, pedestrian concerns of ‘making a living’ owe their graduates an apology, and perhaps a refund. A single year of tuition at SCAD will set you back a bit over $37,000, before room or board, but at least students seem to have a clearer-eyed vision of what the future holds.

In that sense, watching Lawrence Weiner regale a SCAD auditorium is a confusing experience. Earlier in the day, I’d asked the artist how he has dealt with work that is, ultimately, unsuccessful. “I just turn around and say ‘Oops!’,” he explained. “I’m not flying an airplane. I’m not writing prescriptions for people, and I’m not teaching—intentionally. If I make an ass of myself it doesn’t much matter.”

In some ways, having a pilot or a doctor address the SCAD student body might make more sense in our brave new creative world. Weiner’s brand of confidence—his hardscrabble determination to make it from the South Bronx to the red-hot center of the serious art world—seems simultaneously inspiring and sadly out-of-date. 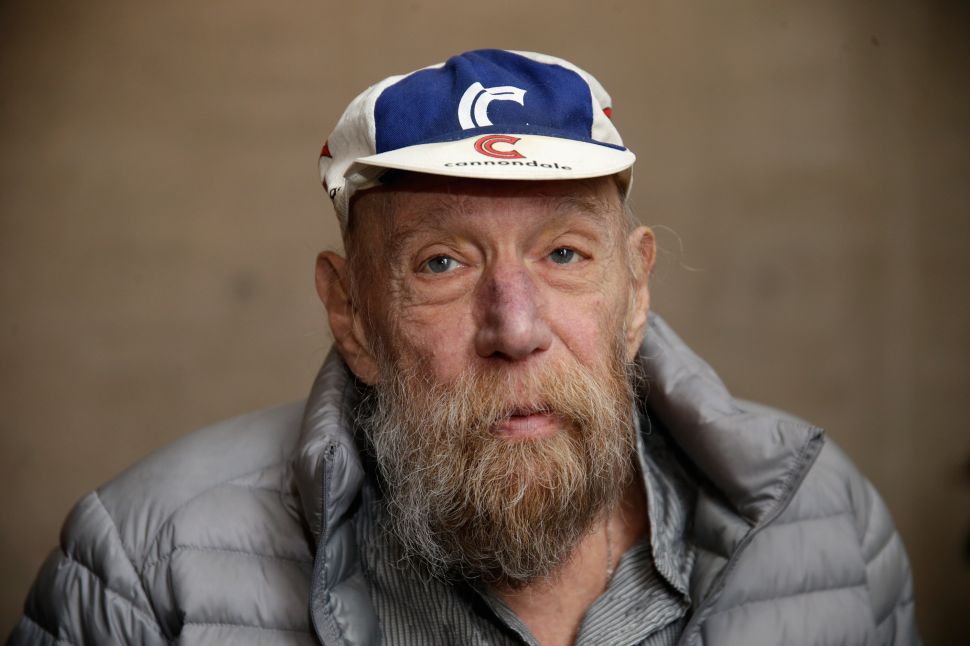