Lena Dunham had been operating more and more behind-the-scenes lately. Camping, the show she co-created with her former Girls colleague Jenni Konner, premiered on HBO last fall, but she was nowhere to be see in it. In November, news broke that she was working on adaptations of both the Anna Delvey grifter socialite saga and A Hope More Powerful Than the Sea, which will tell the story of Syrian refugee Doaa Al Zamel. Her next project, however, is The C-Word, a podcast that “will offer a weekly look at women who have been deemed ‘crazy’ online,” reports The New York Times, and it looks like it will be more aligned with the kind of content Dunham is best known for.

The podcast is one of many in the works at the podcasting start-up Luminary, which, according to the Times, has just “emerged from stealth mode.” Luminary will reportedly also play host to shows from Trevor Noah, Conan O’Brien, Adam Davidson of Planet Money and comedian Hannibal Buress, and it’s no shock that Dunham, a frequent victim of scathing internet vitriol, has chosen to return to broadcasting her personal voice, something she’s always been comfortable doing.

In early February, Dunham even expressed interest (via Twitter, of course) in Red Scare, the semi-controversial Socialist podcast that features commentators Dasha Nekrasova, Anna Khachiyan and producer Meg Murnane. Podcasting seems like a natural fit for the woman who once ironically referred to herself as the voice of her generation, but whether The C-Word takes off and becomes a lucrative hit remains to be seen.

Dunham is still her character Hannah Horvath to many, and she definitely has an eager fan base ready to chase her future endeavors. Her choice to reintroduce herself this way is evidence of a larger trend. The fact that we’re seeing people as famous and creatively unrestricted as O’Brien and Dunham hopping aboard the podcast train—and more so than that, joining a venture that aims to be the Netflix of podcasts—shows that the podcast boom isn’t about to burst anytime soon. The Times reports that podcasts are expected to make $514 million in ad sales this year, with that sum spiking to $659 million next year, according to the Interactive Advertising Bureau and PwC.

“I’m very interested in pushing podcasts to a cinematic level of storytelling,” added screenwriter, director and Luminary collaborator John Cameron Mitchell, who’ll be collaborating with Broadway legend Patti LuPone on a musical project for the service.

If these offerings sound promising, there is a catch: Luminary’s app, set to launch in June, won’t be free but will instead revolve around subscriptions. To enjoy—or hate-listen to—Dunham’s C-Word without ads, you’ll have to pay $8 a month. 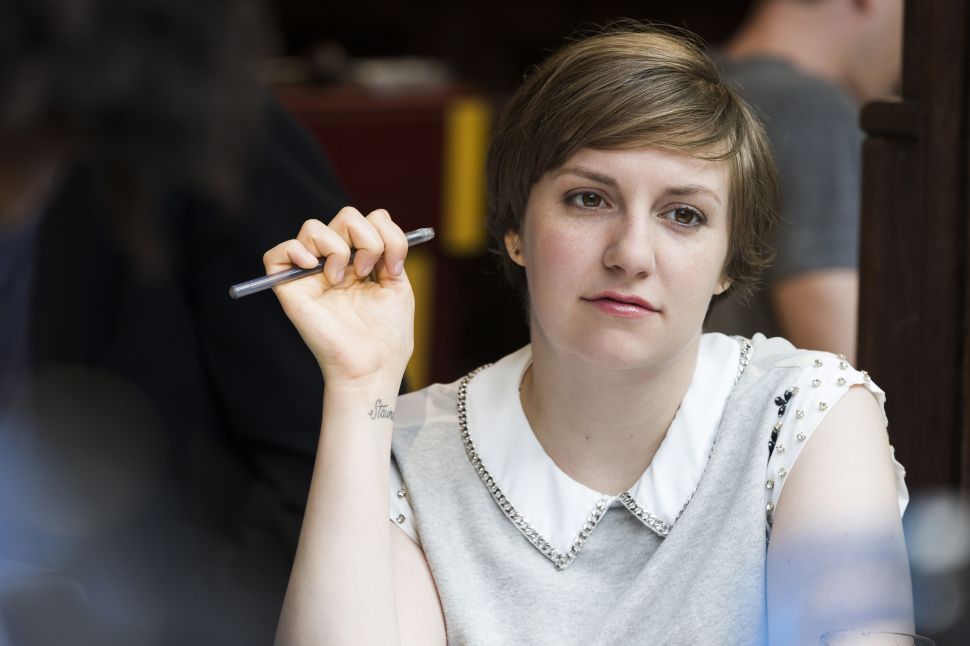