What’s it like wearing the most expensive socks money can buy? When it comes to Lenz’s heat sock designed for specifically snow sport–related activities, the answer should be that it’s like your toes never left the lodge—but at €250 ($280), Lenz’s Heat Sock isn’t just a hot commodity, it’s a bit of a gamble.

Lenz hasn’t yet quite gained the recognition enjoyed by fellow high-end performance brands with European pedigree (ending the name with Z doesn’t exactly read like luxury, for starters, more akin to Zappos), but that doesn’t mean it doesn’t have its cult following.

“They will probably be the most expensive socks you will buy, but they will keep your feet warm at a whole new level,” said Thomas (Tommy) Biesemeyer.

Tommy, raised in upstate New York, has an opinion that’s more qualified than most. He made it onto the U.S. Ski Team and almost competed in 2018’s PyeongChang Olympic Winter Games (he ruptured his Achilles’ tendon one day before his event), then recovered in record speed and qualified again for the U.S. Ski Team.

And to that end, he’s not the only Olympian trotting his hooves in Lenz’s pricey socks. The pair that Observer tested arrived, by way of Canada, from Austria, where they’re worn by Austria’s Olympic Team (Lenz is an official partner), which means that, as Lenz notes on their website, their heated socks have been trialed under toughest conditions.

But they hadn’t yet been tested under the weakest conditions: a.k.a. my own. I’m selling myself short; on average, I ski three different times each year, about 10 days total, at great cost to my imaginary 401K.

While I’d typically judge a ski sock on fit, cushioning and moisture wicking abilities, my bar for this sock was exceptionally low: I can’t remember a ski trip when my toes didn’t freeze, or at least go numb, within the first two hours. We’re dealing with perhaps one of the most uncomfortable scenarios for the foot: picking a ski boot usually means visiting a rental shop, stepping into a limited lineup of models, and picking the boot that hurts the least. In general, the thrill to most ski gear, I’ve found, is taking it all off.

For Lenz’s socks to succeed I just needed to believe, for once, that my toes didn’t feel like they might snap off; even though they cost several hundred dollars, my expectations weren’t exactly high as they were hopeful. I wanted to feel something—anything.

So let’s review my test. I wore a pair of Lenz 5.0 Heat Socks over three days in Colorado (two days in Snowmass, one in Telluride) in conditions ranging from -1 to 22 degrees. I’d set these Austrian socks up for success, wearing (ahem, renting) top-of-the-line Dalbello boots, an Italian brand, ensuring the socks felt right at home.

But among a handful of benefits, Lenz lists one that, well, shoots itself in the foot: Performance sock with integrated heating element you don’t notice. And it’s true about that heating element: I didn’t notice it.

Or at least, I didn’t notice it on the slopes.

In terms of comfort, however, the socks fit better than any ski sock I’ve worn in the past; when you order a pair, you order your shoe size, meaning there’s designated socks for the left and right feet. It’s truly snug, which is especially important in too-snug ski boots.

The padding, too, was plenty cozy. The lithium battery packs attach at the sock’s top band, right below the knee and above the typical ski boot, with three buttons, activating the “heating element” that’s sewn into the material; you can barely feel the technology in the sock, which is really nice.

And although basic, I managed to both download the app and connect to each battery pack via bluetooth within one peaceful gondola ride, and adjusting the level of heat really was as simple as turning up the volume.

But even at the highest setting, I can’t say these socks provided any noticeable difference during any of my three days skiing. Starting at the lowest setting, it wasn’t long before I cranked the maximum heat, seeking even a trace of warmth. Maybe my toes are stubborn, but they froze just the same.

Surely the heat made the situation better, to the effect that an Olympian might notice the subtle miracle of luke-warmth. It’s not like Lenz promises hot feet—heat would make your feet sweat, which would be more detrimental for a long day of skiing.

My main gripe would be the fate of my pinky toes, which were left out in the cold—if this were the Titanic, my pinky toe would be Jack—as the heating element stops short of full side-to-side coverage; my most vulnerable digit never really stood a chance.

All in all, it’s probably not worth close to $300, at least not from the perspective of an amateur. But even though it’s sticker shock for socks, it’s nothing extreme for a sport that racks up its expenses; in Snowmass, for example, gear rentals (skis, boots, poles) can run $77.95 per day, plus $15.50 for a helmet, and $174 for a one day lift ticket (oh, and you’ll need special pants, a special jacket, and single-purpose goggles and gloves while you’re at it).

But the last thing you should know is that, in addition to testing a precious pair throughout Colorado’s slopes—in 0 degree weather—I’m wearing them right now, in my Brooklyn apartment where an icy breeze gusts through my converted textile-factory apartment’s windows like an open invitation. And you know what? I can feel the heat, here in my comfort zone.

Sure, my fingers are numb, my radiator stopped pretending to work hours ago, and the cactus on my windowsill, frankly, looks a little pissed.

But my toes? They’re just toasty. 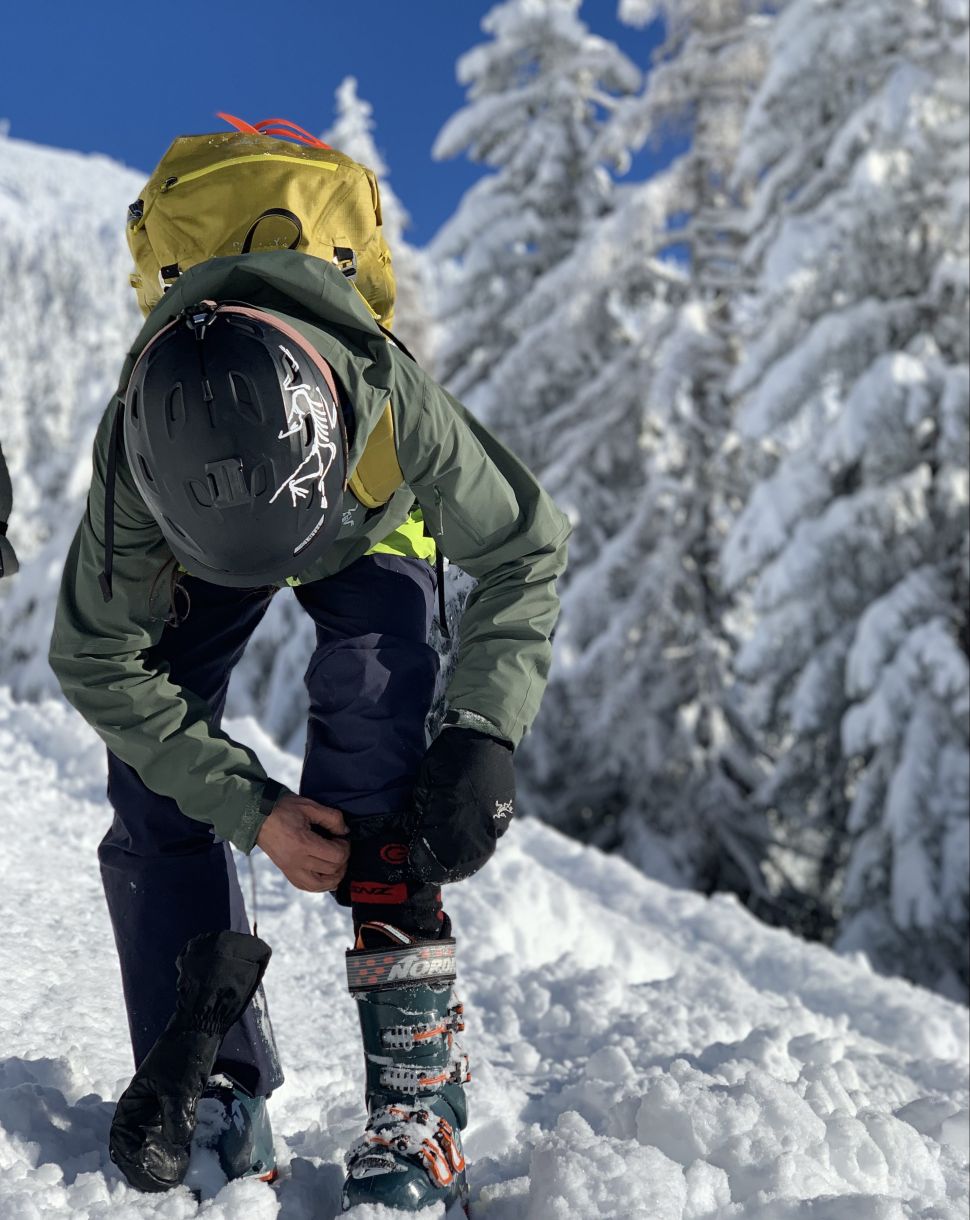