Luke Perry, the actor best known for his starring role on Beverly Hills, 90210, has passed away. He was 52.

Perry died after suffering a massive stroke last week, TMZ reports. On Wednesday, he was rushed to the hospital after suffering the stroke at his Sherman Oaks, Calif., home. On Monday morning, the outlet reported he passed away at St. Joseph’s Hospital.

Representatives for the actor told TMZ that doctors had sedated Perry in order to allow his brain time to recover from the trauma. At the time, Us Weekly reported that he was “under observation at the hospital.” He was reportedly responsive when EMTs arrive at his home, but his condition quickly worsened.

“[Perry] was surrounded by his children, Jack and Sophie, fiancée Wendy Madison Bauer, ex-wife Minnie Sharp, mother Ann Bennett, stepfather Steve Bennett, brother Tom Perry, sister Amy Coder and other close family and friends,” his rep said in a statement to Variety. “The family appreciates the outpouring of support and prayers that have been extended to Luke from around the world, and respectfully request privacy in this time of great mourning. No further details will be released at this time.”

Cast members and friends quickly took to social media in the wake of the actor’s stroke last week to show their support.

My friend. Holding you tight and giving you my strength. You got this.

No words can express what my heart feels hearing today's shocking news. Let us all say a prayer for his speedy recovery.

Perry moved to Hollywood from Ohio to pursue acting. He got his start on several soap operas before landing his big break playing the mysterious loner Dylan McKay on Beverly Hills, 90210. From there, Perry became a household name and a national teen heartthrob. He starred on the show from 1990 to 1995 and then again from 1998 to 2000. He also landed roles in well-known shows such as Oz, Will & Grace, Jeremiah, Spin City and John From Cincinnati.

His other credits include the 1992 feature Buffy the Vampire Slayer and the 1997 sci-fi actioneer The Fifth Element. More recently, Perry starred on the hit CW series Riverdale as Archie’s dad and filmed a role in Quentin Tarantino’s highly anticipated upcoming film Once Upon a Time in Hollywood.

Perry was also known as a prolific voice actor, securing parts in several animated projects including Mortal Kombat: Defenders of the Realm and The Incredible Hulk.

Last week, news broke that a reboot of 90210 was in the works with much of the original cast involved, though Perry had not yet signed on to reprise his role as a series regular due to his Riverdale commitments.

Observer will update this post as we learn more information. 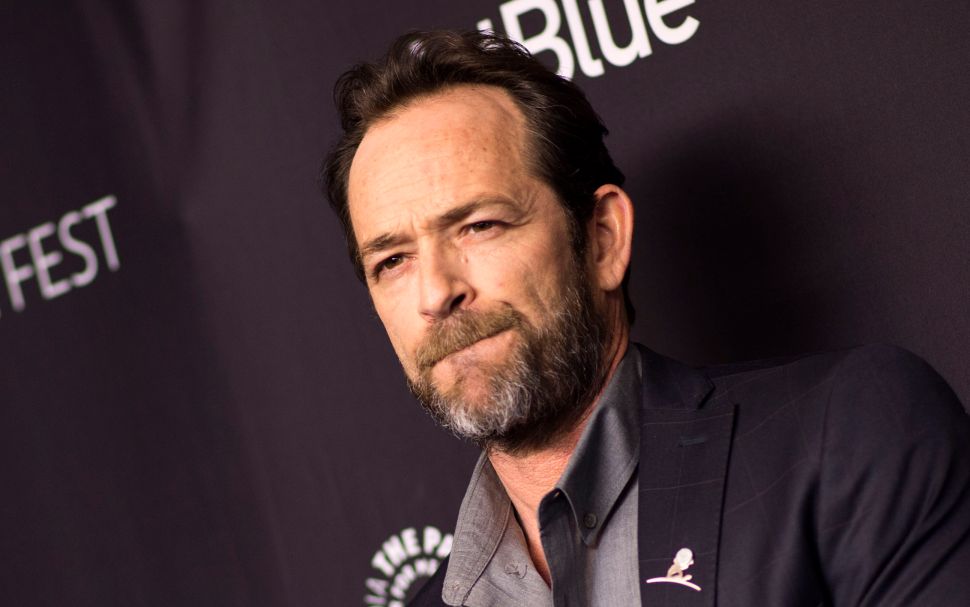 Filed Under: TV, Entertainment, Cause of Death, Luke Perry