Initial public offering day is upon us, and Lyft’s ready for its close up.

Beating its rideshare rival Uber to the punch is an advantage for the second most popular app, giving it the opportunity to set the market’s rate and attract new investors. In fact, the move lead it to trade at a whopping $87 a share following its debut on the Nasdaq this morning. It’s clear that road bumps such as driver protests during its IPO preparations, as well as the hoopla around Uber, hasn’t deterred investors.

“It’s a brilliant move to proceed Uber and put themselves out there,” Ross Blankenship, a venture capitalist at Angel King and author of The Investing King, told Observer. “It drives the attention to Lyft, not to mention gives it free marketing.”

And when you consider that many investors do overlap in tech categories, such as ride-share apps, the likelihood of swaying potential Uber investors to Lyft increases. After all, neither company is profitable at the moment, and both are known to record major net losses quarter after quarter.

When it comes to investing in a newly-publicly traded company, especially in a bullish one such as Lyft, the consumer’s psychology is based on a price anchor, which Lyft has rushed to provide before Uber. “It creates an appeal for investors who want to get in on the ride-share economy without resorting to the scandal-ridden Uber,” Blankenship said.

On top of capital injection that will help Lyft’s public valuation increase—it’s currently valued at $24 billion—Lyft’s underdog story provides a strong narrative for industry watchers looking for an Uber alternative. “It’s an underdog story,” Blankenship explained. “It’s got that David vs. Goliath theme that consumers love,” so much so that it may help Lyft’s growth over the next decade as Uber’s aggressive push begins to stagnate.

This is an especially easy prediction for investors and Wall Street to make considering Lyft’s share of the ride hail market increased from 22 percent in 2016 to its current 39 percent. All this, despite foregoing international expansion and other delivery services, like UberEats, the way its competitor has in recent years.

Instead, Lyft has focused on burning through its capital by providing drivers with major financial incentives, which has been its biggest net loss culprit. This could also be its ticket to retaining brand loyalty from both drivers and riders in the future, in turn helping it continue to eat a bigger share of the market.

“Both companies are vying to become the ‘mainstream verb’ for ride-share at the moment,” à la Google being synonymous with online searching, Blankenship said. “Right now they both have the chance to become that, and the next decade as publicly-traded companies will help determine who does.” 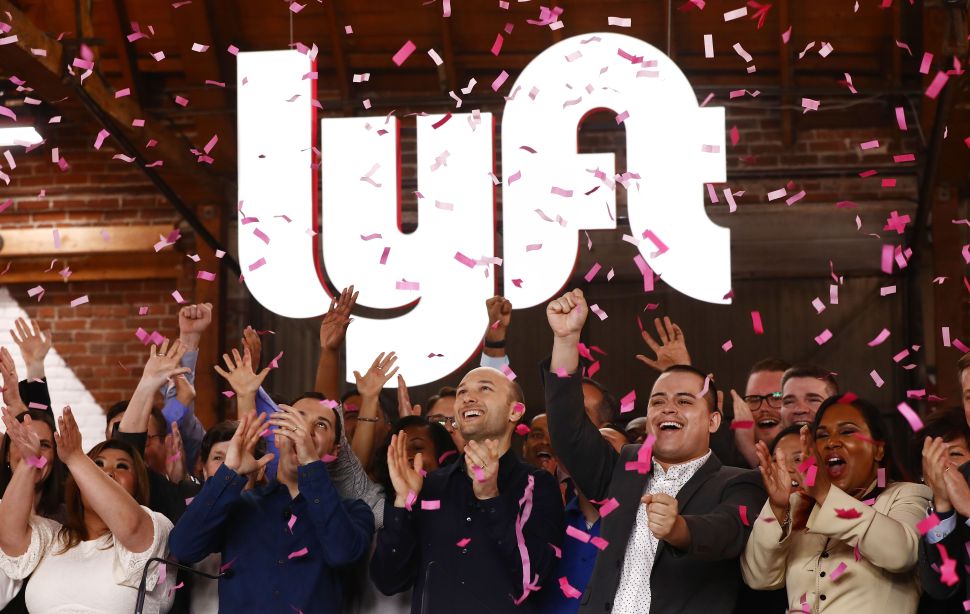