Mel B is hoping someone will want to spice up their life with her West Hollywood home. The erstwhile Spice Girl (also known as Melanie Brown—but more important, as Scary Spice) has been attempting to part with her four-bedroom, six-bathroom über-modern home in the exclusive Bird Streets since 2017, when it was tossed onto the market for an ambitious $8.99 million, but she’s not giving up just yet.

The pop star and her ex-husband, Stephen Belafonte, purchased the 5,226-square-foot property for $4.3 million in 2014, and it was a subject of their highly contentious and very public divorce, which included allegations of emotional and domestic abuse and restraining orders.

A judge reportedly ordered the exes to split the profit from the home, but the story didn’t end there—Belafonte alleged Brown wasn’t letting him repair and stage it, while she later claimed Belafonte was throwing huge parties and trashing the house, and that a $10,000 Baccarat chandelier and Marilyn Monroe painting were missing.

The Los Angeles home has lingered on and off the market at steadily decreasing prices over the past two years, but it disappeared at the very beginning of this year, when it was offered as a $32,000-a-month rental. However, Brown isn’t calling it a day—the place is back with a $5.9 million price tag.

The sleek property received a big redesign in 2016, per the listing shared by The Agency brokers Ben Belack and Blair Chang, and now has a whole smart-home vibe that includes custom and automated sound, lighting, shades and fireplaces.

Its open, glassy layout features a living room—complete with a marble-framed fireplace and built-ins—that leads into a room with a marble-topped wet bar. The sleek kitchen opens up to a dining room with a glass-encased wine closet.

You apparently never need to leave the master suite, which has two televisions and its own mini-kitchen with a fridge and microwave. It has two bathrooms, including one with a modern, egg-like white standalone tub; each has a large walk-in closet and private terrace.

The home also boasts a home theater with cushy black seats, a full gym and a game room. There’s also a decked-out recording studio (you know, for that long-awaited Spice Girls comeback album).

Outside, there’s a pool, a spa and an outdoor television in addition to a built-in grill, beer tap and whole kitchen setup.

Here’s hoping Brown, whose recent bonkers memoir Brutally Honest included a tidbit about her encounter with a rude Prince Charles, has better luck with this property than her former four-bedroom home in Tarzana—she and Belafonte took at least a $90,000 loss on it back in 2013. 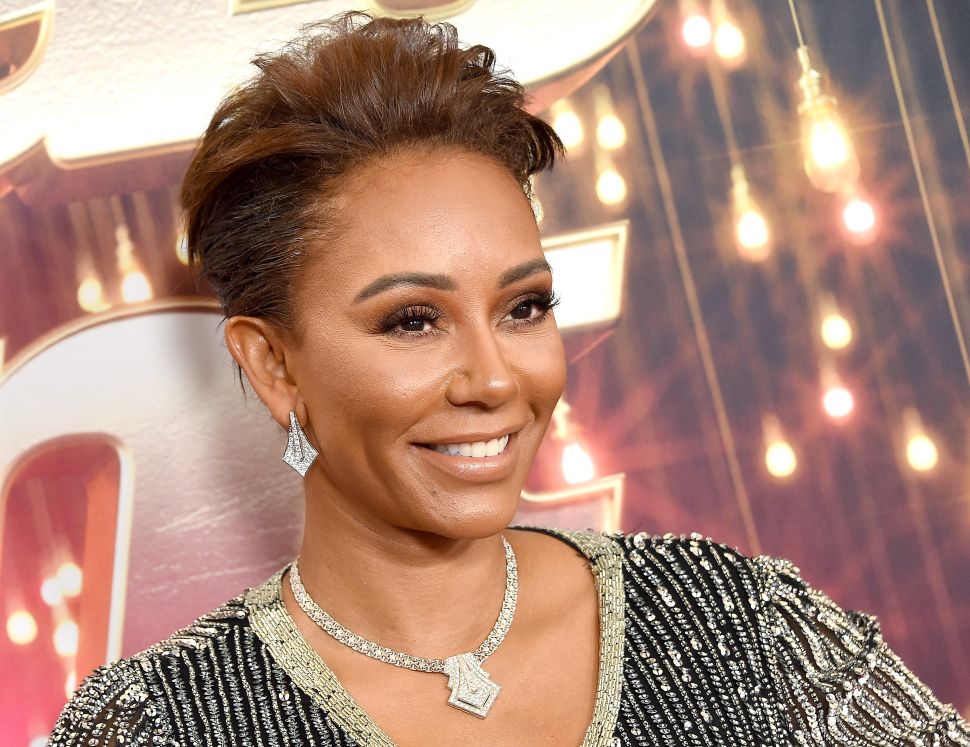